Born in Buenos Aires in 1974 and moved to Spain in 2002. Graduate in Communication Sciences from the University of Buenos Aires; holds a Master in Audiovisual Production and Management (MPXA) and completed the EAVE (European Audiovisual Entrepreneurs) and EAVE-Puentes Programmes. She is currently participating in EAVE-Ties that Bind.

In 2006 she founded the independent production company Tic Tac Producciones, with its head offices in A Coruña, from where she develops and produces documentary and feature films. The company specialises in co-productions between Europe and Latin America, with the focus on talents on both continents.

She also participated as a co-producer in the documentaries Tata Cedrón, el regreso de Juancito Caminador by Fernando Pérez, and Design detrás das Grades by Margarita Leitâo, and in the feature film Agua fría de mar (Paz Fábrega, 2010), winner of the Rotterdam Festival’s Tiger Award, among other accolades. 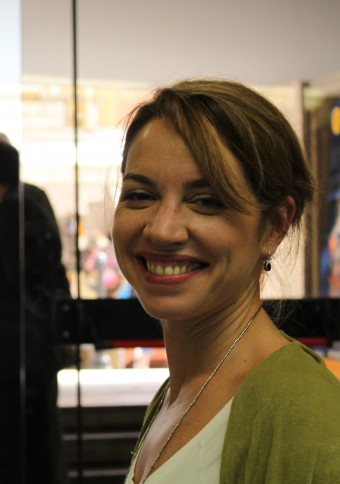