He retired from film production in 1998 to focus on his work in public policy as it relates to education, the environment, and the 'creative and communications' industries.

In 1998 he founded the National Teaching Awards, which he chaired until 2008, also serving as the first Chair of the General Teaching Council from 2000 to 2002.

From July 2002 to July 2009 he was president of UNICEF UK, playing a key role in promoting UNICEF’s key advocacy and awareness objectives.

David Puttnam is the present Chancellor of the Open University, following ten years as Chancellor of The University of Sunderland. He is President of the Film Distributors’ Association, Chairman of North Music Trust (The Sage Gateshead), Deputy Chairman of Profero and a trustee of the Eden Project.

Most recently he has set up Atticus Education, an online venture, in partnership with BT Ireland, which will deliver interactive seminars and masterclasses using state-of-the art video conferencing technology. He was Deputy Chairman of Channel 4 Television from 2006 until January 2012.

He was founding Chair of the National Endowment for Science, Technology and the Arts (NESTA) and for ten years chaired the National Museum of Photography, Film and Television. He has also served as a trustee of the Tate Gallery, the Science Museum and many other organisations. In 2007 he served as Chairman of the Joint Parliamentary Committee on the Draft Climate Change Bill, having performed the same role on the 2002 Communications Bill. He has also been Chairman of two Hansard Society Commission Reports on the relationship between Parliament and the Public; he serves as Senior Non-Executive Director on two public companies.

David Puttnam was awarded a CBE in 1982, a knighthood in 1995 and was appointed to the House of Lords in 1997. In France he was made a Chevalier of the Order of Arts and Letters in 1985, becoming an Officer in 1992, and a Commander in 2006. He has been the recipient of more than 40 honorary degrees from Universities in the UK and overseas. 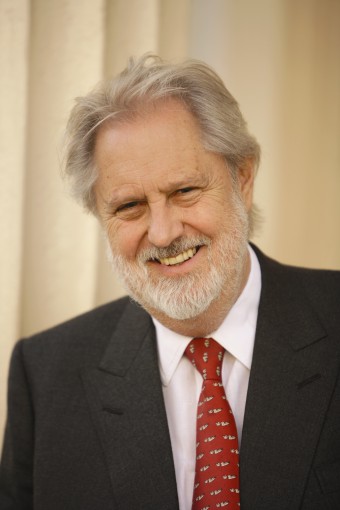