Benicio del Toro has earned critical accolades throughout his career, winning an Academy Award for Best Supporting Actor for his role in Steven Soderbergh's Traffic as well as an Oscar nomination for his work in Alejandro González Iñarritu's 21 Grams. Del Toro re-teamed with Soderbergh to star in the biography of Che Guevera Che. The performance won him the Best Actor award at the Palme D'Or Closing ceremony at Cannes in 2008, and again the following year at the Goya Awards in Madrid, Spain. Benicio starred opposite Emily Blunt and Anthony Hopkins in Joe Johnston's The Wolfman and as Lado in Oliver Stone's Savages. Benicio was also seen as Jimmy, the lead in Jimmy P. The film was screened at the 2013 Cannes Film Festival. He was last seen in Guardians of the Galaxy a Sci-Fi action film for Walt Disney Pictures/Marvel Enterprises which was released in the beginning of August 2014. He plays Pablo Escobar in Escobar: Paradise Lost, and next year he will play Mambru in Fernando Leon's A Perfect Day and Sauncho Smilax in Inherent Vice, directed by Paul Thomas Anderson. Benicio is currently in production on Denis Villeneuve's Sicario.

Del Toro made his motion picture debut in John Glen's License to Kill opposite Timothy Dalton's James Bond and has earned critical acclaim for his performances ever since. In addition to winning an Academy Award® for Best Supporting Actor in Steven Soderbergh's Traffic, his performance also garnered a Golden Globe, a Screen Actors Guild Award and BAFTA Awards, the Silver Bear Award at the Berlin International Film Festival, as well as citations from the New York Film Critics Circle, the National Society of Film Critics, and the Chicago Film Critics Association. His work in 21 Grams also earned Del Toro the Audience Award for Best Actor at the 2003 Venice International Film Festival. He earned Independent Spirit Awards for his performances as Fred Fenster in Bryan Singer's The Usual Suspects and as Benny Dalmau in Julian Schnabel's Basquiat.

Born in Puerto Rico, Del Toro grew up in Pennsylvania. He attended the University of California at San Diego, where he appeared in numerous student productions, one of which led to his performing at a drama festival at the Lafayette Theater in New York. Del Toro studied at the Stella Adler Conservatory under the tutelage of Arthur Mendoza. 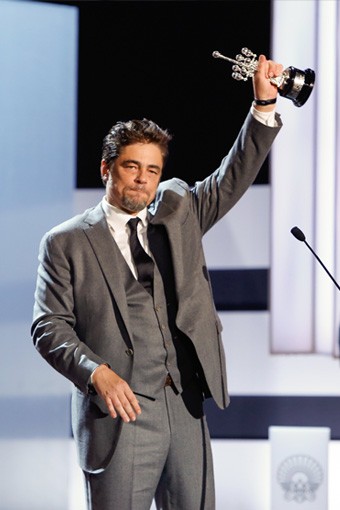 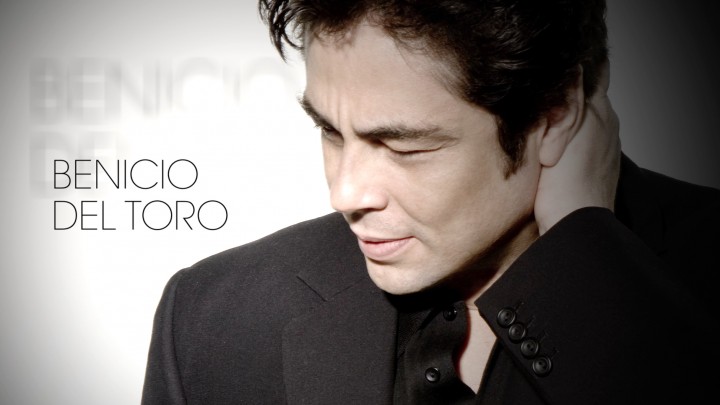