You are in: Home > 2014. 62nd Edition  > News > Six spanish films presented at the 61st edition of the San Sebastián Festival clock up 36 Goya award nominations

Yesterday, the Spanish Academy of Motion Picture Arts and Sciences announced its nominations for the 28th edition of the Goya Awards, to be presented on February 9. Six titles presented at the last edition of the Festival occupy a large part of the nominations and now feature among the favourites of the year.

Another three titles programmed at the Festival compete for the Goya for the best foreign film in the Spanish language: Gloria, by Sebastián Lelio, presented in the Pearls section and winner at the 60th edition of the Films in Progress Industry Award, alongside La jaula de oro (The Golden Dream) by Diego Quemada-Díez and El médico alemán - Wakolda (The German Doctor) by Lucía Puenzo, which competed in the Horizontes Latinos section following their presentation in the “Un certain regard” section at the Festival de Cannes. 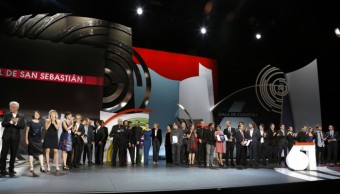