Today we announced the definitive list of finalists for the third online poster competition called by the San Sebastian Festival.

Both the finalists and all of the posters entered can be found on the competition website: www.sansebastianfestival.com/postercontest

Since March 10, the public has cast votes for their favourite posters from among the total of 1,100 entered in the categories: Official, New Directors, Horizontes Latinos, Zabaltegi, Pearls and Culinary Zinema.

Thanks to this public vote, with 7.034 registered users who cast 146.589 votes, 10 finalists were selected in each category. Added to these are the ones selected by the organisation, bringing the definitive number of finalists for each section. The winners will be chosen by the following Jury:

The winning posters will be publicly announced at a news conference on May 9. They will also be announced on the Festival website and the specific competition site.

The prizes will be drawn from among those to have voted for the winning options on May 14. 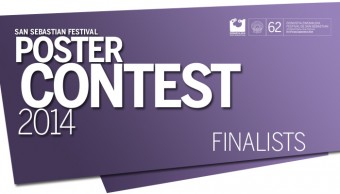