You are in: Home > 2014. 62nd Edition  > News > Five films presented at the 61st San Sebastian Film Festival come up trumps at the Platino Awards

The big winner of the ceremony was Gloria by Sebastián Lelio, recipient of the Films in Progress Industry Award at the 60th edition of the San Sebastian Festival in 2012 presented the following year in its Pearls section. Gloria carried off best film, best screenplay (Sebastián Lelio) and best leading actress for Paulina García, who sat on the official jury at the Festival’s 61st edition.

In addition, two awards went to the film that opened the Festival at its 61st edition, Futbolín (Foosball), by Juan José Campanella: best animated film and best original music (Emilio Kauderer). The award for best Ibero-American co-production went to El médico alemán-Wakolda (The German Doctor), by Lucía Puenzo, a film which, following its premiere at Cannes, also featured in the Horizontes Latinos programme. Lastly, the best documentary accolade went to Diego Galán’s Con la pata quebrada, presented at the Festival in its Made in Spain section following its screening at the Festival de Cannes. 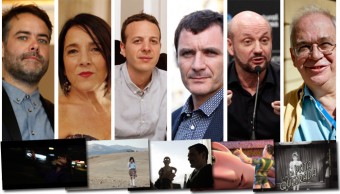