Log-in to My Festival | New user
My Festival
My Invoices
Virtual pressbox
• All films
Log-in details
Contact
CONTENT
You are in: Home > 2014. 62nd Edition  > News > Nineteen titles to be presented in the Zabaltegi section of the San Sebastian Festival

The 62nd edition of the San Sebastian Festival will include, in its Zabaltegi section, a varied selection of some of the most interesting proposals from this year's film scene: feature films, documentaries, short films and a television series.
The section will include the Spanish premieres of the latest works by filmmakers who enjoy great international prestige, such as Ulrich Seidl, Bruno Dumont and Kazuyoshi Kumakiri; there will also be works by new talents like Andrew Huculiak, Kaouther Ben Hania and George Ovashvili. Added to these are the world premieres of four feature films and three short films made in Spain.

Animated cinema will be present with Signe Baumane's Rock In My Pockets, while television fiction will also have its place in the complete screening of the series P'tit Quinquin / Lil´Quinquin, the surprising inroads to this field by the French moviemaker, Bruno Dumont.

Documentaries are widely represented too in Zabaltegi, with enormously interesting titles such as Gianni Amelio's Felice chi è diverso / Happy to be different, Gabe Polsky's Red Army, and Pierre-François Limbosch's Le paradoxe de John Malkovich / The John Malkovich Paradox. Two great figures from the world of music are also remembered in another two non-fictional works: the Nigerian musician Fela Kuti in Finding Fela, by the award-winning documentary-maker Alex Gibney, and the guitarist Paco de Lucía in Paco de Lucía: La búsqueda, directed by Francisco Sánchez Varela. Other documentaries focus on the world of cinema: the visit of Bette Davis to the San Sebastian Festival in El último adiós de Bette Davis (When Bette Davis bid farewell), by Pedro González Bermúdez, the work of the filmmaker Basilio Martín Patino in Basilio Martín Patino. La décima carta (Basilio Martín Patino. The Tenth Letter), by Virginia García del Pino, and the secrets of the famous Ghibli animation studios in Yume to kyôki no ohkoku / Kingdom of Dreams and Madness by Mami Sunada.

In addition, two new titles join the programme of the 62nd edition: Tigers, the latest movie from the filmmaker Danis Tanovic, will compete in the Official Selection, while in the Pearls section we will present The Disappearance of Eleanor Rigby, a film directed by Ned Benson and starring Jessica Chastain and James McAvoy. 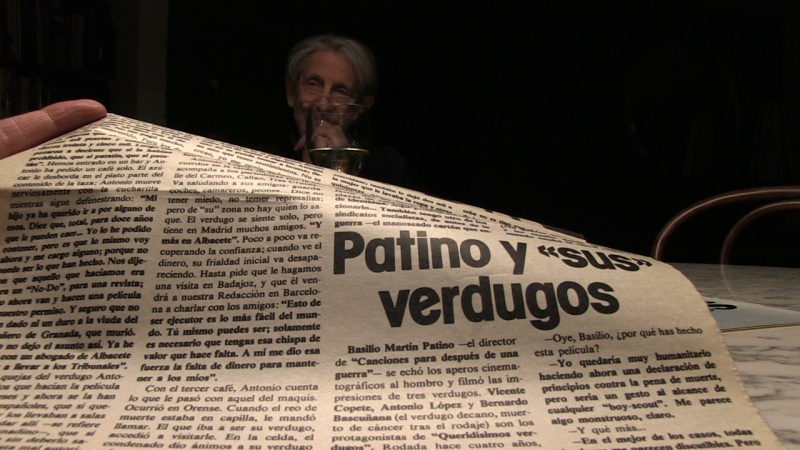 In 1966, Basilio Martín Patino sent nine letters to Berta. Almost fifty years later, Virginia García del Pino tries to write the tenth. A letter written by herself and Basilio Martín Patino, the portrait of a fleeing identity that investigates, obeying the rule established by Patino himself, to "forget all rules of what you are supposed to do", what's left of that rebellious student who wrote to Berta in 1966, the beginning of a brilliant career as a filmmaker. 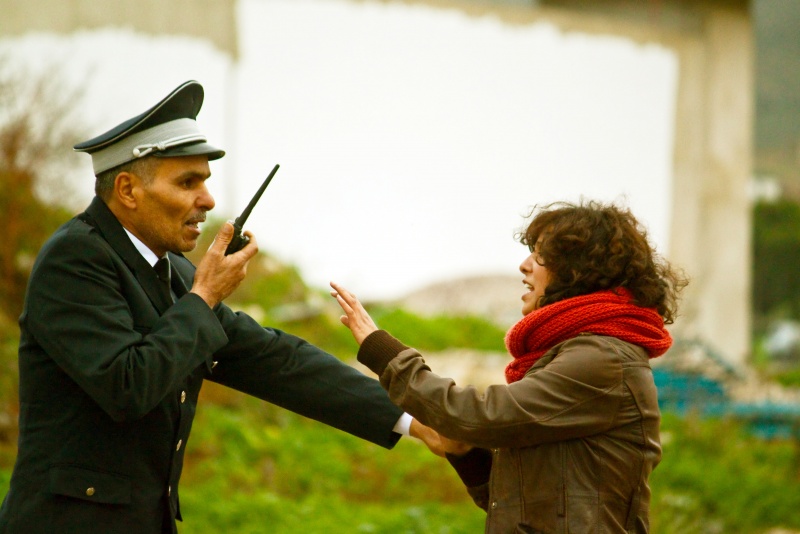 Following its participation in the Cinema in Motion section of the San Sebastian Festival in 2012, this film by the director Kaouther Ben Hania competed at the Dubai Festival. A moped rider, razor blade in hand, prowls the streets of Tunis, slashing the sexiest female buttocks he can find. With irony, Challat Tunes / Challat of Tunis tells the intrigues behind a news story that has become an urban legend and portrays a Tunisian society in turmoil, where men are struggling to find their place and the women’s body is a political issue. 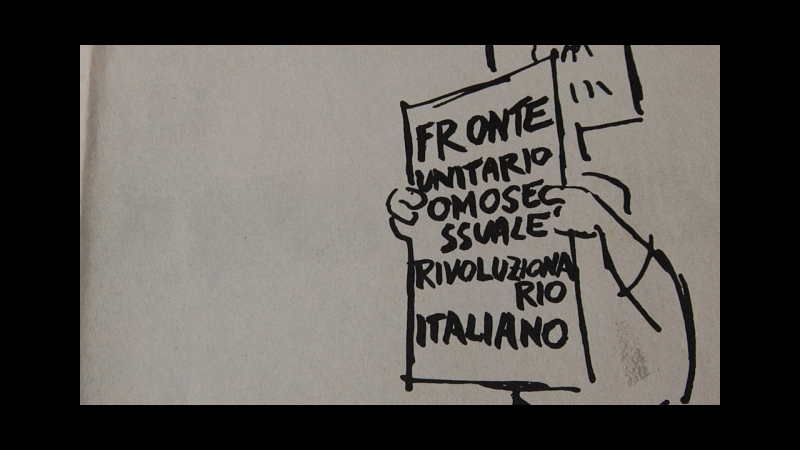 Gianni Amelio presented in the Panorama section of the Berlin Festival this moving look at a century long struggle for happiness and equally that continues today.... A hidden Italy never revealed by a camera that wants to explore reality rather than fiction: Gay Italy as it was lived in the 20th century. 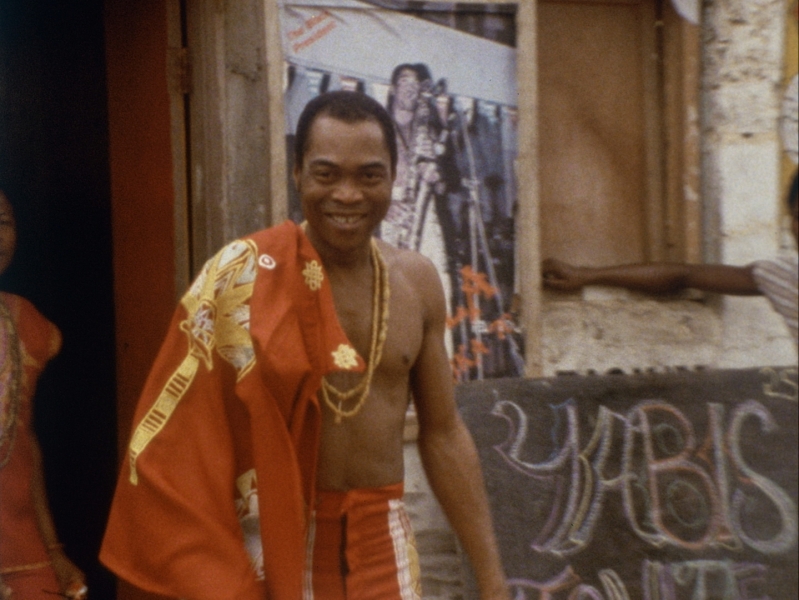 Academy Award-winning director Alex Gibney once again explores in his new documentary the figure of Fela Anikulapo Kuti, creator of the Afrobeat music movement. The film looks at his life, music and political importance in advocating for the rights of all oppressed people. His influence helped bring a change towards democracy in Nigeria and promoted Pan Africanist policy to the world. 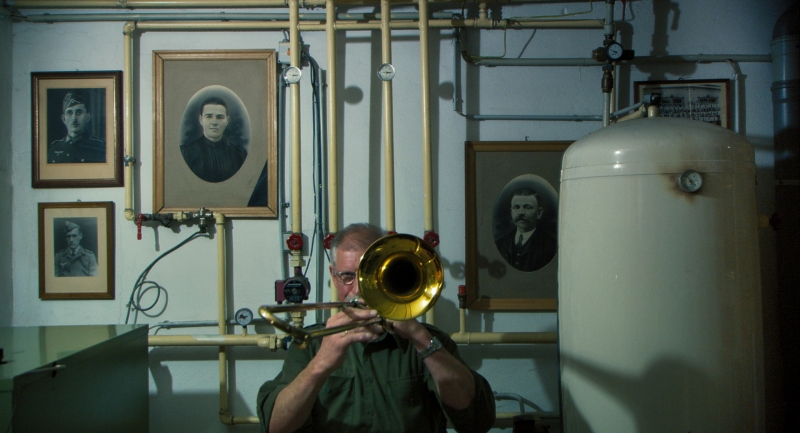 UIrich Seidl will present his latest work at the Venice Festival, a film which seeks to depict Austrians’ relationship with their basements and to define the specificities of Austrian basements - and in fact if such specificities exist.

Borja Cobeaga's new comedy stars Manu Aranguren, a Basque politician who acts as a mediator for the Spanish government in its negotiations with ETA. Far from being a solemn, calculated occasion, unexpected occurrences, slip-ups or misunderstandings soon kick in to influence the dialogue. Ramón Barea, Carlos Areces and Josean Bengoetxea headline the cast. 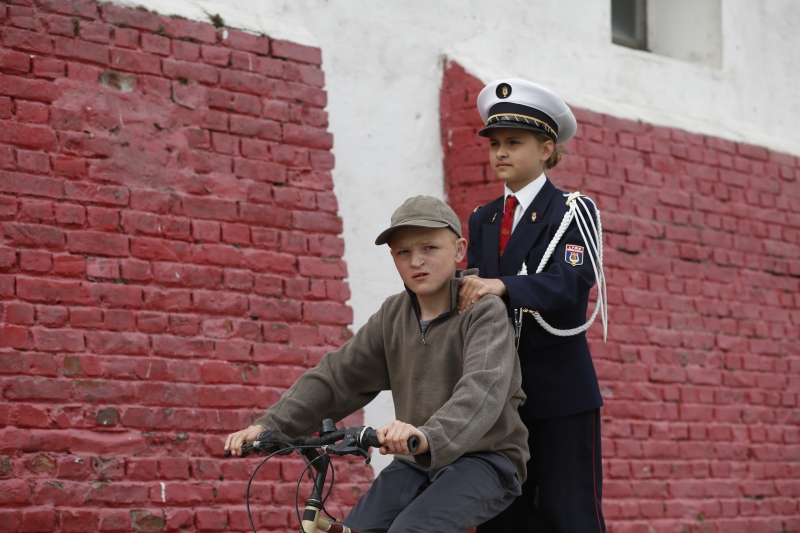 Complete screening of this television series directed by Bruno Dumont. The story of an improbable and eccentric police investigation focussed on strange crimes committed in a small coastal town in the Boulonnais region fallen prey to evil and to a band of young scoundrels led by P'tit Quinquin and his beloved Eve. 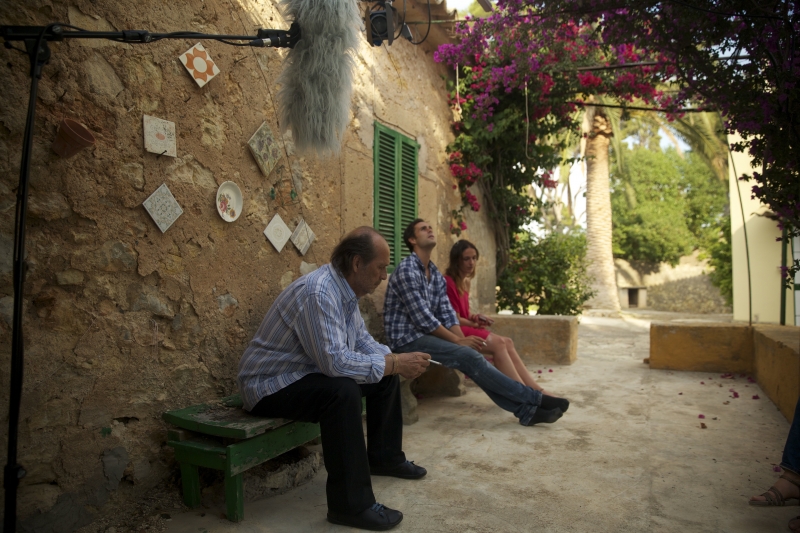 A documentary that is not only a physical record of a tour by Paco de Lucía, but a voyage to his soul: to his memories, to the things that torment him, interest him or make him laugh openly. By means of flashbacks and with himself as the sole narrator, Paco de Lucía takes a chronological look at his life from childhood until his last days in Mallorca, where he completed the final arrangements for his posthumous CD. 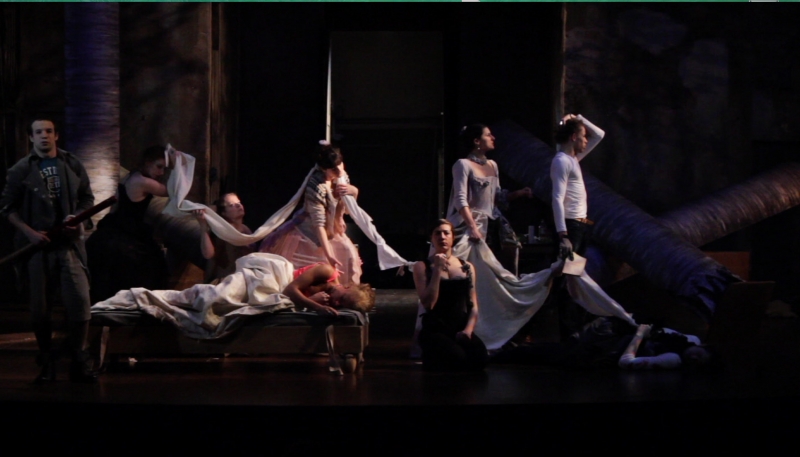 22 years after playing in the Stephen Frears’s movie, John Malkovich directed Dangerous Liaisons at the Théâtre de l'Atelier in Paris. His work with the young actors is not only about theatre, it is also a moving life lesson. 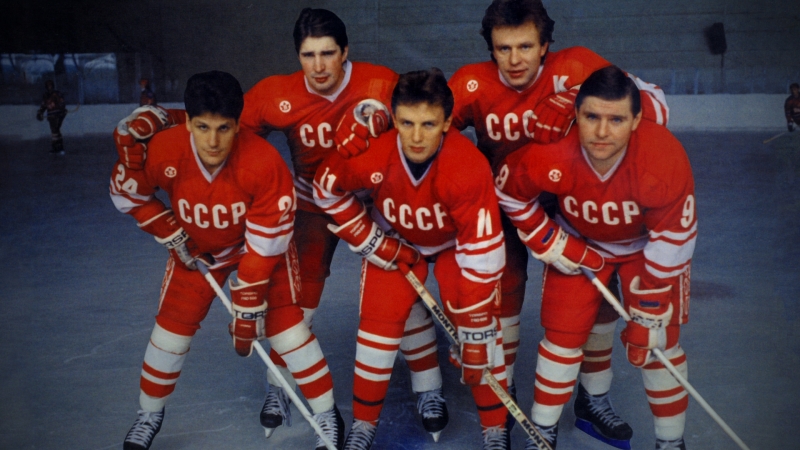 Selected in Cannes, Moscow and Toronto Film Festivals, a feature documentary about the Soviet Union and the most successful dynasty in sports history: the Red Army hockey team. Told from the perspective of its captain Slava Fetisov, the story portrays his transformation from national hero to political enemy. An inspiring story about the Cold War played out on the ice rink, and a man who paved the way for change for generations of Russians. 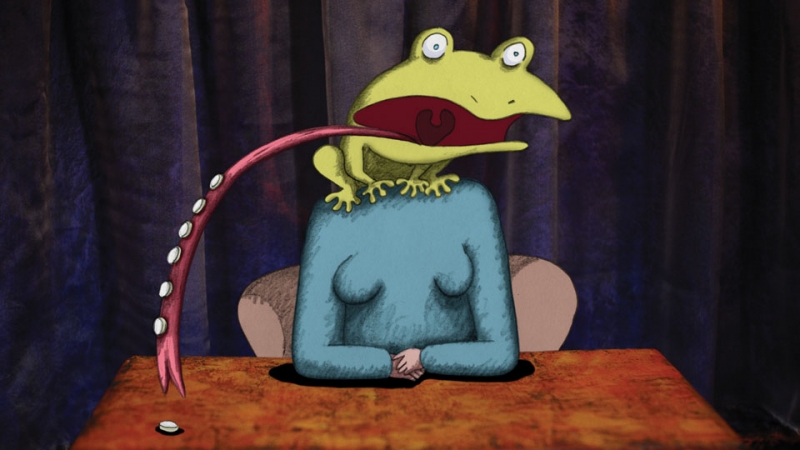 Renowned animator Signe Baumane recalls the personal story about the woman from her family, including herself, and their battles with madness. The film is packed with visual metaphors, surreal images and her twisted sense of humour and was awarded with the FIPRESCI Prize at Karlovy Vary Festival. 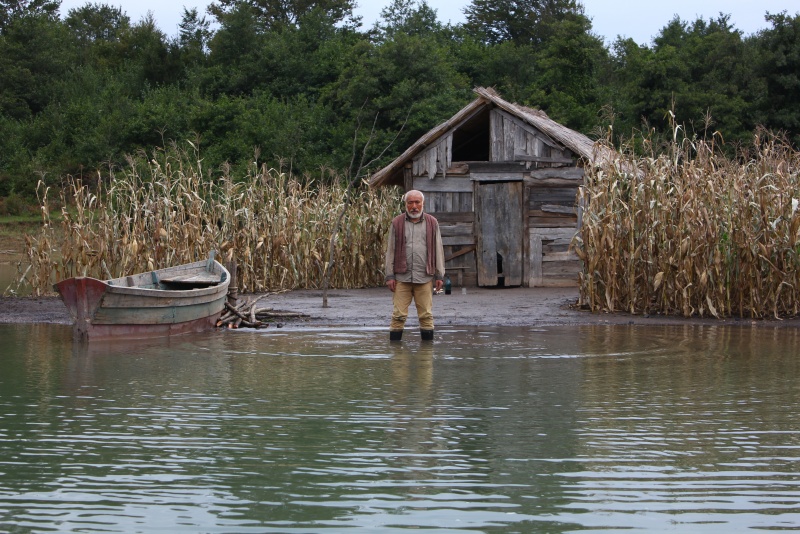 The winning film of the Grand Prix at the Karlovy Vary Festival is the tale of an old Abkhazian man and his young granddaughter who decide to grow corn on an island created by the high waters of the River Enguri. But Georgian soldiers pass nearby... 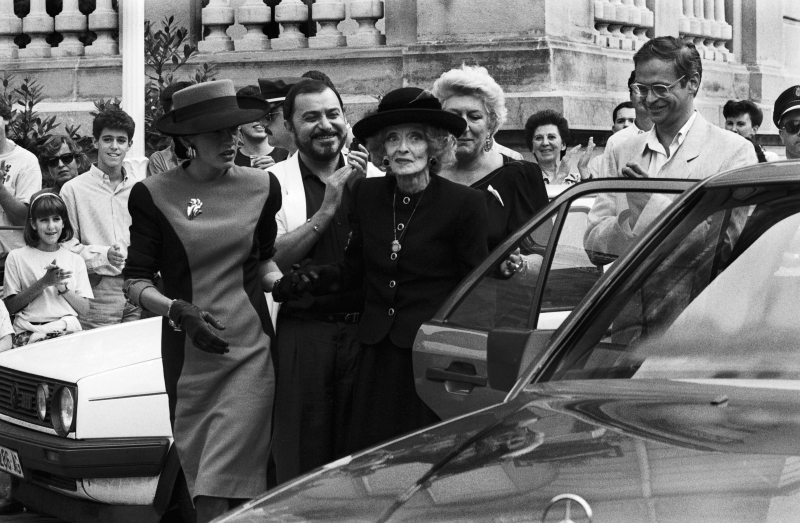 A documentary that reconstructs the actress's visit to the San Sebastian Festival to receive the Donostia Award in 1989: how she got ready to take her leave and the mark she left on all those who had some kind of contact with her. 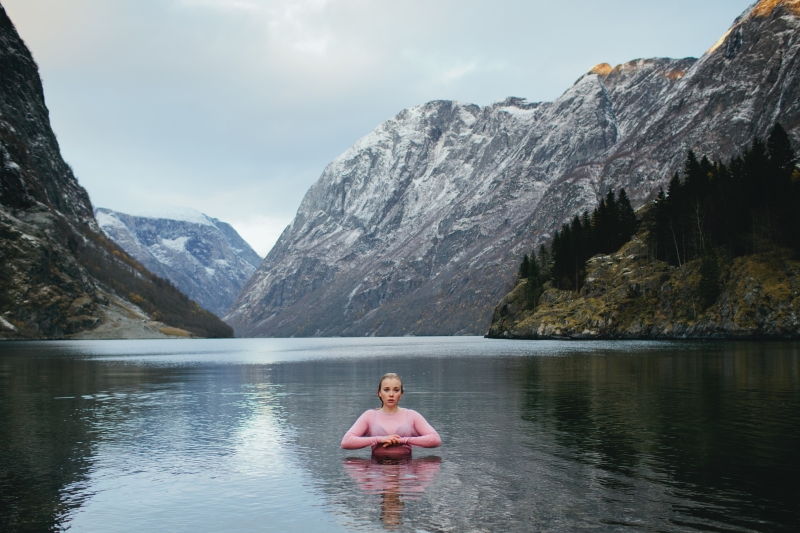 Driven by the stunning visuals of the Norwegian landscape and a powerful original score, Andrew Huculiak's first feature centres on a Dagny, a young woman vividly recalling the memories of the people who loved her most.

Winner at the Moscow Festival of the awards to Best Film and Best Actor for its leading character, Tadanobu Asano, the latest film from Kazuyoshi Kumakiri adapts a bestseller by Kazuki Sakuraba. After losing everything in a tsunami disaster, 10-year-old Hana is taken in by 26-year-old distant relative Jungo Kusarino. The pair begin living together as father and daughter while sharing a profound sense of loss. Amidst the deep snows of Hokkaido, Jungo and Hana both desire to fill their empty, love-starved hearts as they set foot into a forbidden world. 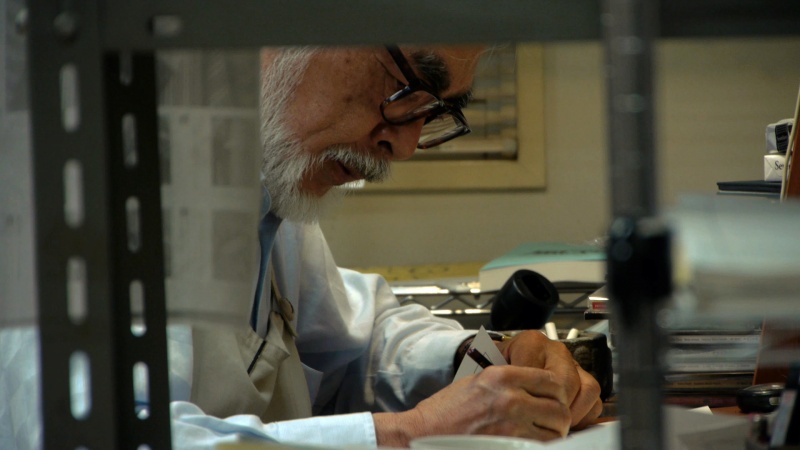 Yume to kyoki no okoku / The Kingdom of Dreams and Madness
Mami Sunada
Country(ies) of production: Japan

A theatrical documentary feature about the famed animation studio Ghibli. With near-unfettered access inside the studio, Mami Sunada follows the key personnel at Ghibli (director Hayao Miyazaki, producer Toshio Suzuki and the elusive “other” director, Isao Takahata) over the course of approximately one year as the studio rushes to complete their two highly anticipated new films, Miyazaki’s The Wind Rises and Takahata’s The Tale of Princess Kaguya. The result is a rare glimpse into the inner workings of one of the most celebrated animation studios in the world, and a portrait of their dreams, passion and dedication that borders on madness. 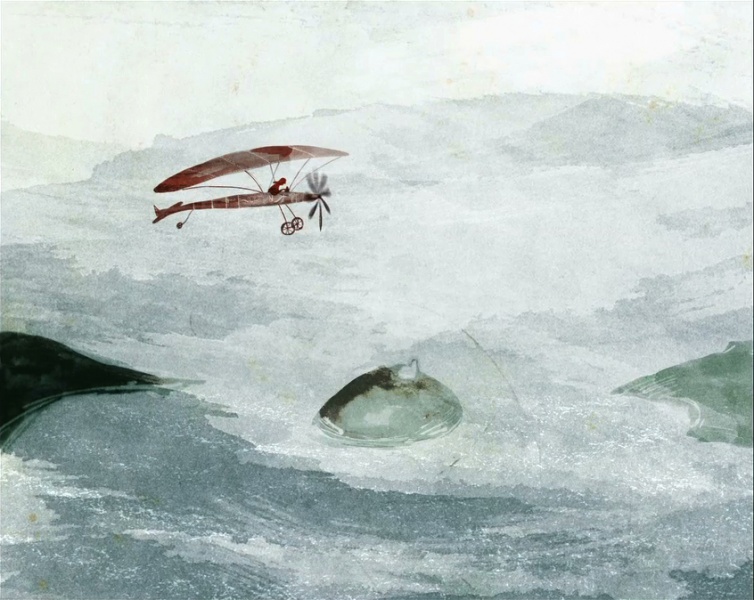 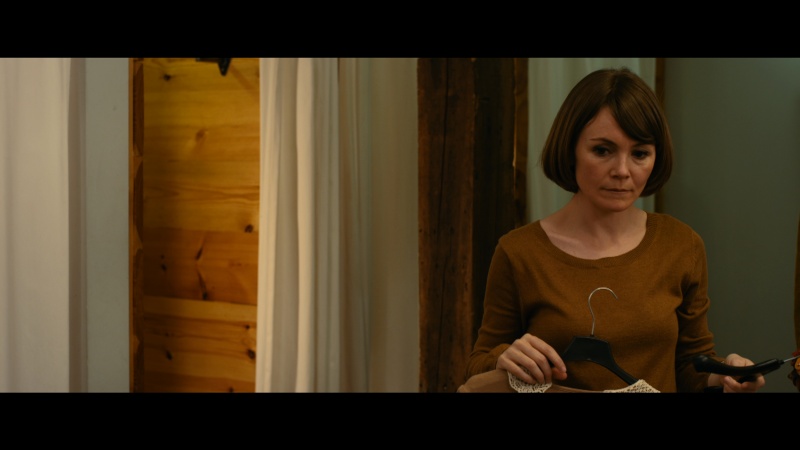 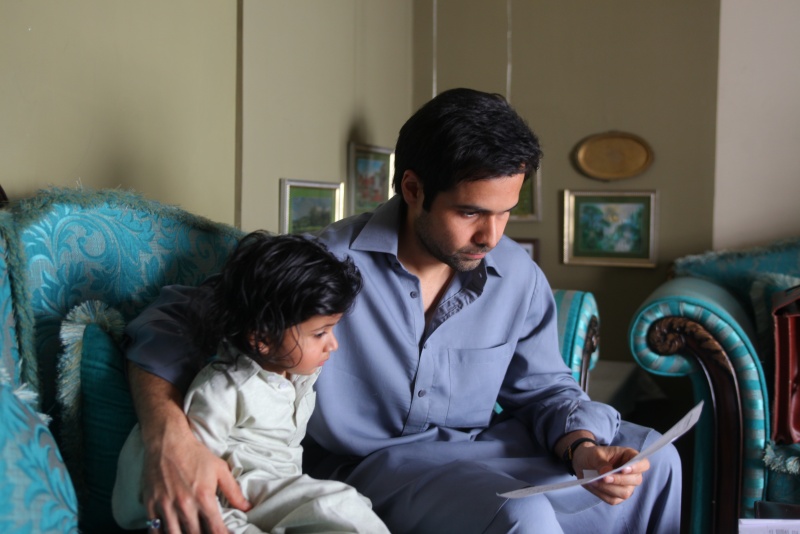 A based-on-fact drama from Academy Award-winning director Danis Tanovic (No Man's Land). Devastated when he discovers the effects of the infant formula he's peddling, a young salesman takes on a multinational corporation. 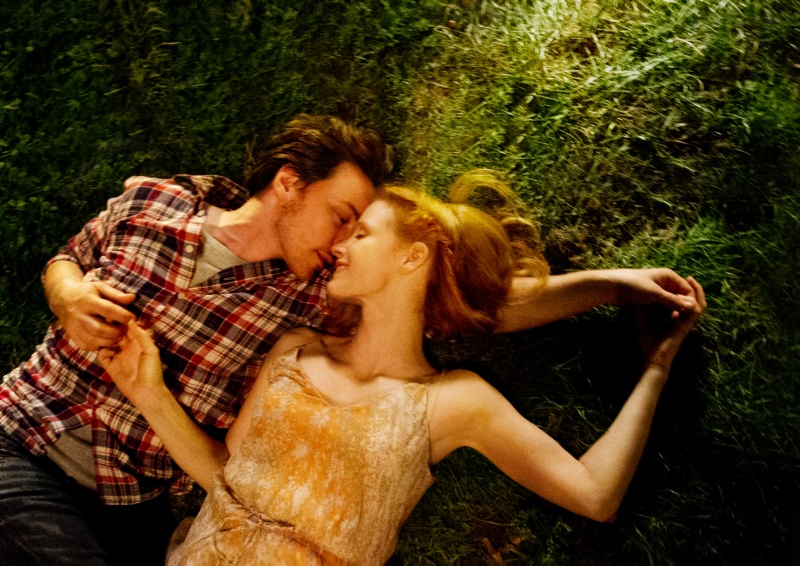 James McAvoy (Last King of Scotland, X-Men) and Jessica Chastain (two-time Academy Award nominee for Zero Dark Thirty and The Help) revolves around the tale of a couple's struggle to get back on track. Eleanor and Conor are a couple admired by all. They seem to be very much in love, but one day a stroke of fate knocks the wind out of their marriage. The New York pair must try to understand one another as they cope with their grief while trying to resucitate their love and recover their life. The cast has the participation of Viola Davis, Bill Hader, William Hurt and Isabelle Huppert. Presented in Un Certain Regard at the Cannes Festival. 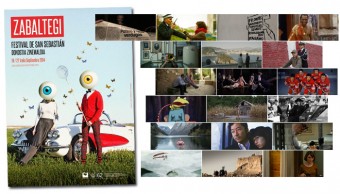