You are in: Home > 2014. 62nd Edition  > News > Six feature films will be presented in the Zinemira section at the San Sebastian Film Festival

This year, the 62nd edition of the San Sebastian Film Festival will present six feature films in the Zinemira section for cinema produced in the Basque Country. The selection consists of two premieres and four titles from this year's production.

Both premieres will compete for the Irizar Basque Film Award alongside all other productions with a minimum Basque production of 20% presented as world premieres in any of the Festival sections. The Irizar Award is decided by a specific jury and carries €20,000 for the producer or producers of the film.

The Zinemira section is organised by the San Sebastian Festival in partnership with the Basque Government Department of Culture, Filmoteca Vasca, EPE/APV and IBAIA, and is sponsored by Irizar and EITB. 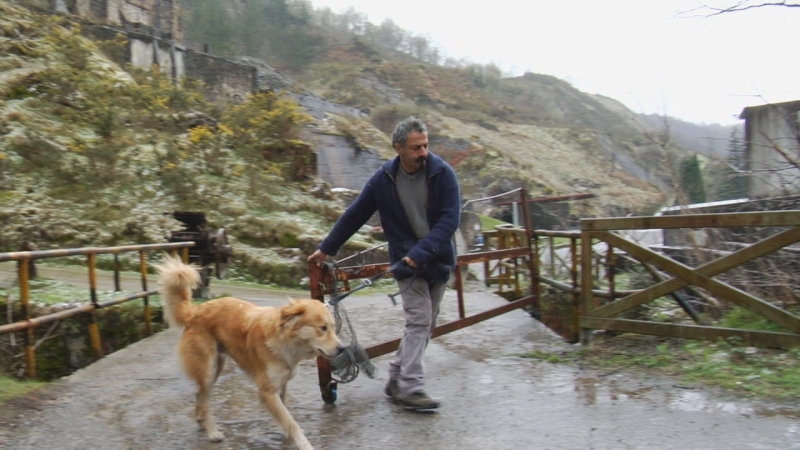 Documentary about the okupa (squatter) movement in the Oarsoaldea region. Behind the stereotypes commonly associated with the movement lies the complex reality of a wealth that takes us back to ideologies and living choices we thought had been pushed to one side by the course of history. 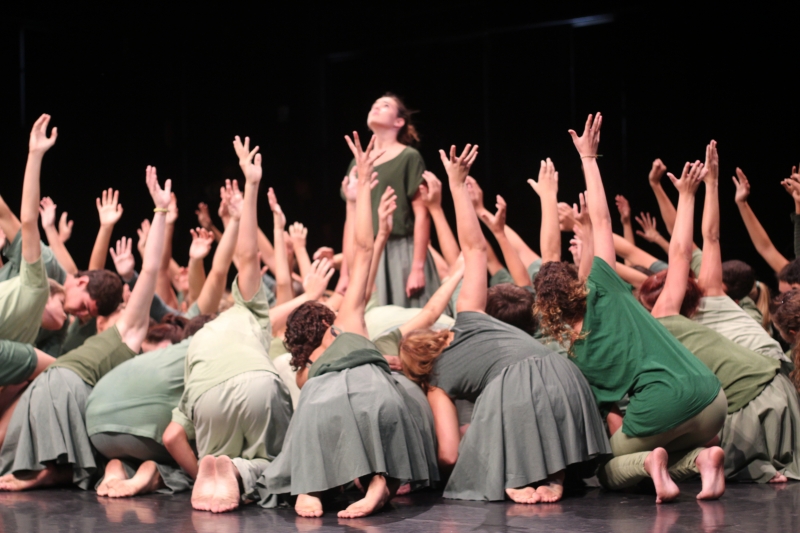 One morning a couple of dancers turn up in a highschool classroom. It's Monday and they announce to the group of teenagers that they have five days to get up on stage and dance. A week to change things. A small amount of time but an enormous challenge: to move people when the world paralyses us. Wilfried Van Poppel and Amaya Lubeigt are the choreographers. He's Dutch, she's from San Sebastian. 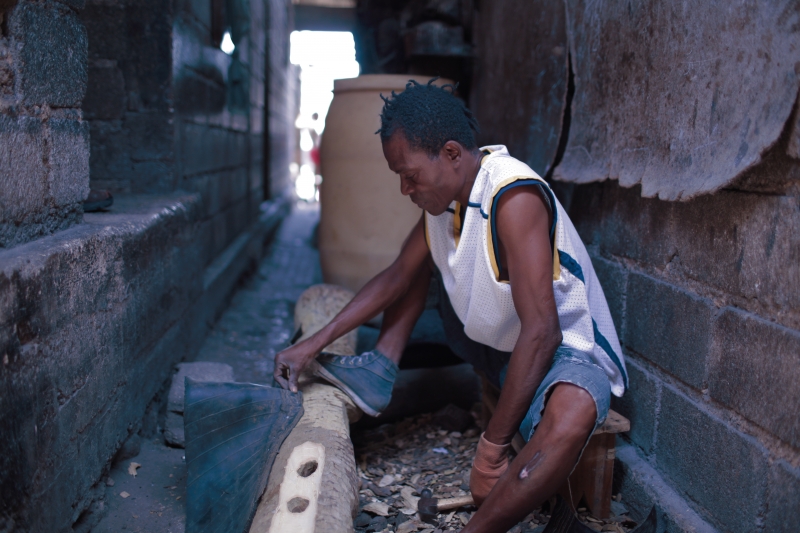 In Haiti there is a system of zombification. They say that if something is going to happen, it will happen and no one can stop it. Voodoo inspiration is used by the artist Celeur to create his sculptures, a reflection of the complicated reality on that Caribbean island. 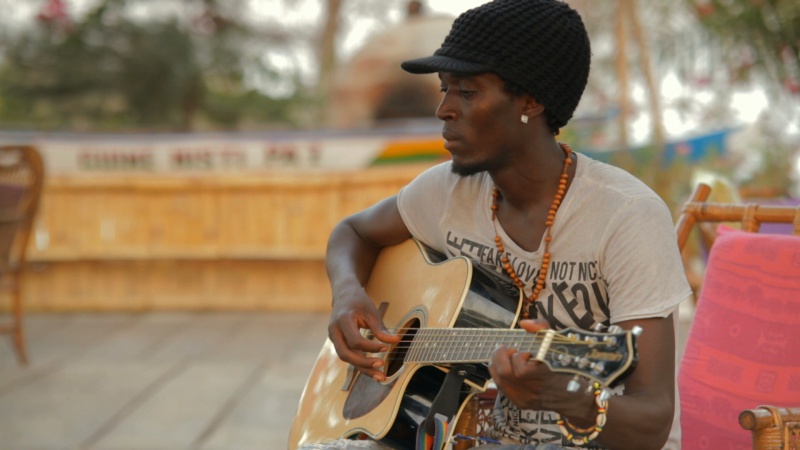 Creole is the everyday language used by the majority of the population of Guinea Bissau. Even so, it has no official status. Musicians and writers from different generations explain through their works why they choose their language. 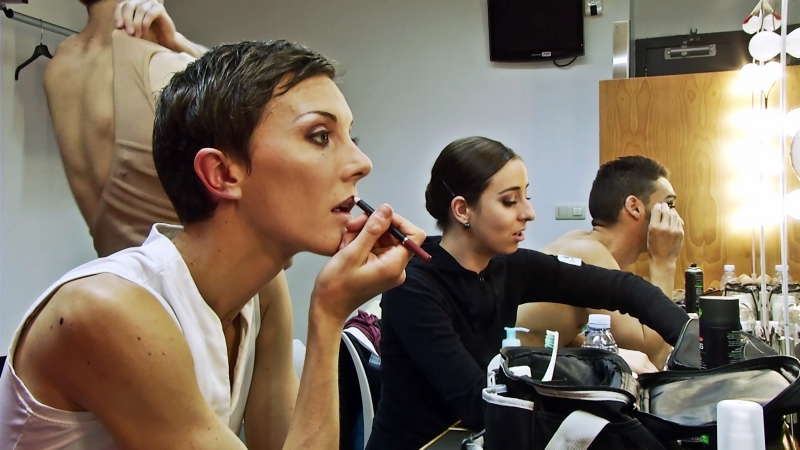 The Malandain Ballet Biarritz premieres its latest choreography at the Château de Versailles with live music performed by the Basque National Orchestra. The documentary develops as the new work is prepared, showing us how a ballet company and a symphony orchestra go about creating by the day, from the inside, from the angle spectators' don't usually see: the human angle. 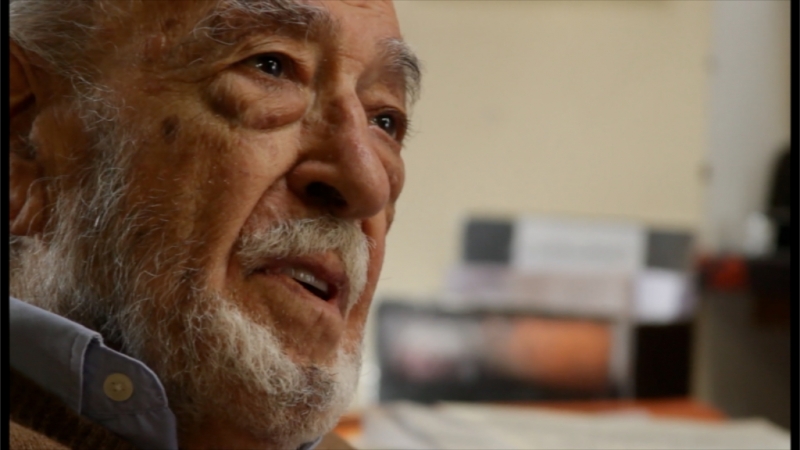 Documentary on the life and work of the multifaceted artist Néstor Basterretxea, a voyage on which we will discover not only Néstor's unique spirit and the way he worked, but his influence on culture and contemporary art in the 20th century.

Short films from the Kimuak catalogue

(for professionals and accredited guests only)

The section will also include the selection of short films in the Kimuak 2014 programme, an initiative by the Basque Government Department of Culture through Etxepare Basque Institute and the Basque Film Archive, which has the objective to disseminate the most outstanding Basque shorts of the year. This year's Kimuak selection includes seven short films.

Three of these works will also be filmed as part of the Zabaltegi section: Hubert le Blonen Azken Hegaldia / Hubert Le Blon's Last Flight by Koldo Almandoz, Soroa (The Field) by Asier Altuna and Zarautzen erosi zuen (She Bought It in Zarautz) by Aitor Arregi.

Three elderly men have fun spying on a woman through their binoculars from the covered swimming pool in a sports centre. The glass walls of the pool are both their shield and their vantage point. But tonight Luis, Darío and Pedro will witness an occurrence that can’t be undone. 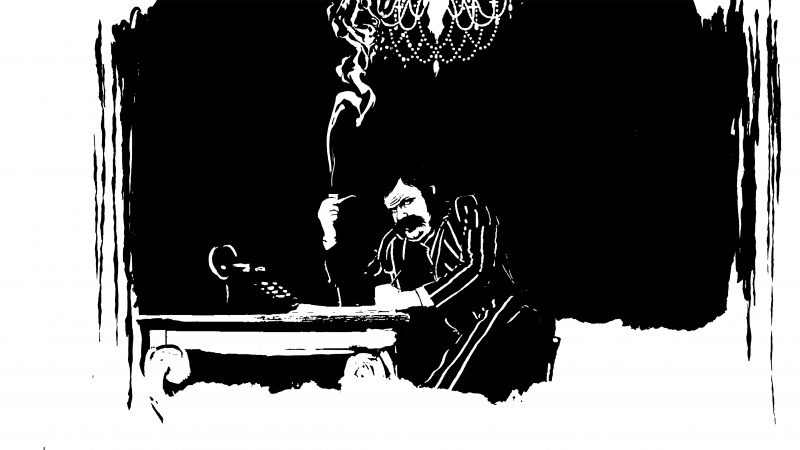 Eugenio heads axe in hand to Don Miguel’s pharmacy, plethoric. Don Miguel only has to sign a few documents in order that the Bank will finally lend Eugenio the money he’s asked for. But instead of signing them and making Eugenio’s day, Don Miguel proposes a deal. 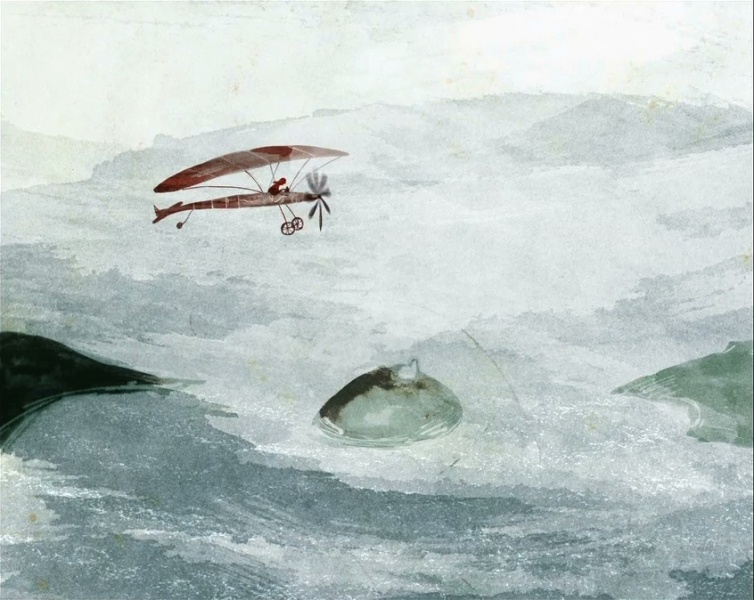 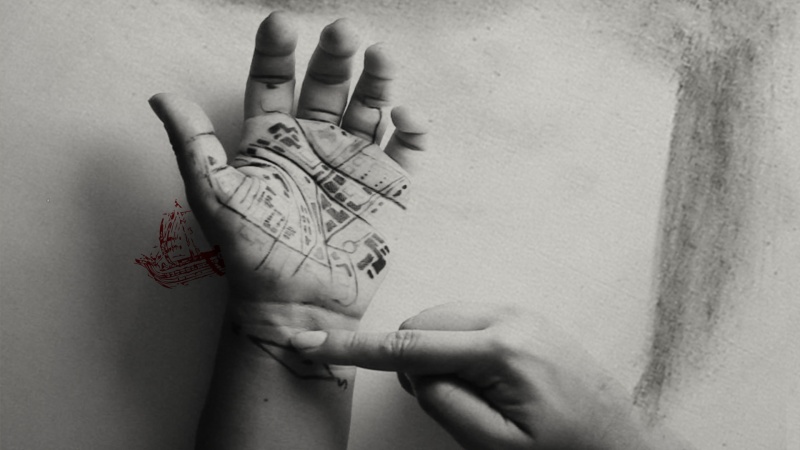 The horrors of a shipwreck, the bells of a forgotten lighthouse and the coming and going of the tides surround a tale about the sea. Sailor’s Grave is the result of a workshop based on a work method taking its inspiration from the exquisite corpse game, a mechanism of collective creation where the participants manipulate and transform one another’s drawings to construct an intuitive, improvised narration 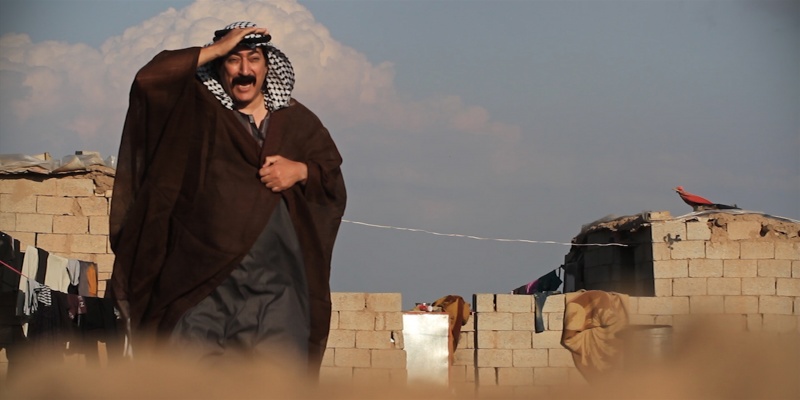 Nizar Rawi, director of the Iraq Short Film Festival, tired of never receiving comedies at his festival, decides to try and encourage the production of this genre in his country and change the idea outsiders have of the Iraqi people. 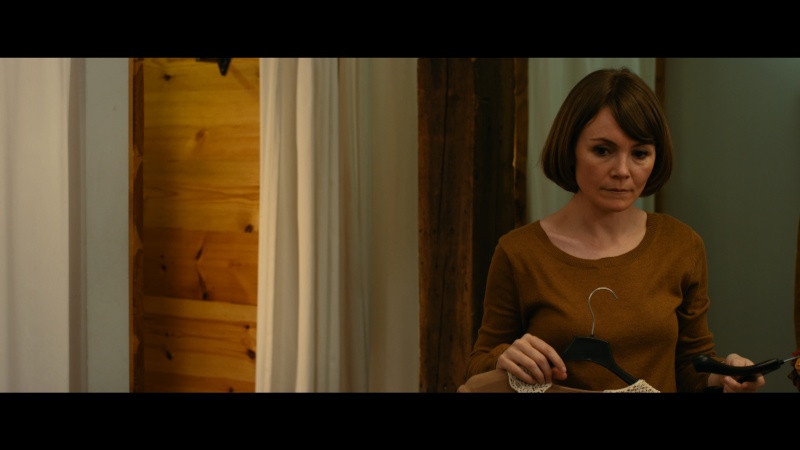 The Zinemira Award, granted by the San Sebastian Festival and the producers associations EPE/APV and IBAIA to the outstanding career of a personality in Basque cinema, will go this year to the director Pedro Olea. The Zinemira Award will be presented at the gala on September 22 in the Victoria Eugenia Theatre, with the premiere of Borja Cobeaga's film, Negociador (Negotiator).

Pedro Olea, born in Bilbao, interrupted his degree in economics to study filmmaking at the Escuela Oficial de Cine in Madrid. He started working with TVE, where he made medium-length documentaries and narrative films: Xantares, La ría de Bilbao, La Ronca, Topycal Spanish, El Rastro de Ramón and the first episodes in the series presented by José María Iñigo, Último grito. He debuted in feature films with Días de viejo color (Days of an Old Colour, 1967), winner of the Cinema Writers Circle Award for Best New Director and of an award at the Tangiers Festival. Having shot En un mundo diferente (1968), he enjoyed tremendous critical acclaim with El bosque del lobo (The Forest of the Wolf, 1970), winning several national and international awards at Festivals including Valladolid and Chicago. In 1972 he directed and produced La casa sin fronteras (The House without Frontiers) with which he participated in the Berlin (in competition) and Los Angeles Festivals. His following films, No es bueno que el hombre esté solo (It's Not Good for a Man to be Alone, 1973), Tormento (Torment, 1974) and Pim, pam, pum… ¡Fuego! (Ready, Aim... Fire!, 1975), also participated in different festivals. Tormento won an award at the San Sebastian Festival, in addition to winning several national awards for its leading lady, Concha Velasco. In 1976 he directed La Corea and in 1978 Un hombre llamado Flor de Otoño (A Man Called Autumn Flower), Best Actor Silver Shell at the San Sebastian Festival for José Sacristán. He later made Akelarre (1983), a competitor in Berlin presented out-of-competition at the Karlovy Vary Festival. This was followed by other feature films: Bandera negra (Black Flag, 1986), El día que nací yo (The Day I was Born, 1991) and El maestro de esgrima (The Fencing Master, 1992), which opened the San Sebastian Festival, won three Goya Awards and was submitted to the Academy Awards in 1993. His subsequent films too were present at international festivals and garnered several accolades: Morirás en Chafarinas (You Shall Die in Chafarinas, 1994), Más allá del jardín (Beyond the Garden Walls, 1996) – winner of three Goyas – and Tiempo de tormenta (Stormy Weather, 2003), winner at the Málaga Festival of the Special Jury Prize and Best Screenplay Award.

Over his long career, Olea has worked in advertising and has made documentaries, such as Gernika (1982), Bihotzez / De todo corazón (1983) and Athletic, un siglo de pasión (1998). In the field of fiction for television, he shot an episode of the series, La huella del crimen, "El caso de las envenenadas de Valencia" (1985), and the full-length film for TVE, La leyenda del cura de Bargota (1986). His latest work in this field is La conspiración (2012), a TV movie produced by TVE and ETB. He has also worked as a theatre director, with Antonio Gala's Inés desabrochada (2003) – Telón Award for his stage directing – and Rafael Azcona's El pisito (2009), Rojas Award for Best Stage Director of the year.

Among the numerous accolades and tributes received by Olea over his career are those bestowed by the Cairo Festival (with Elia Kazan), the Nantes Spanish Film Festival, the SEMINCI in Valladolid (Golden Spike Lifetime Achievement Award), the Filmoteca at the Bilbao Fine Arts Museum, the Lifetime Achievement Award "Premio Toda una Vida" at San Sebastian, others at Sitges, Ourense, Astorga, and the season-tribute dedicated to him by the Spanish Academy of Motion Picture Arts and Sciences. 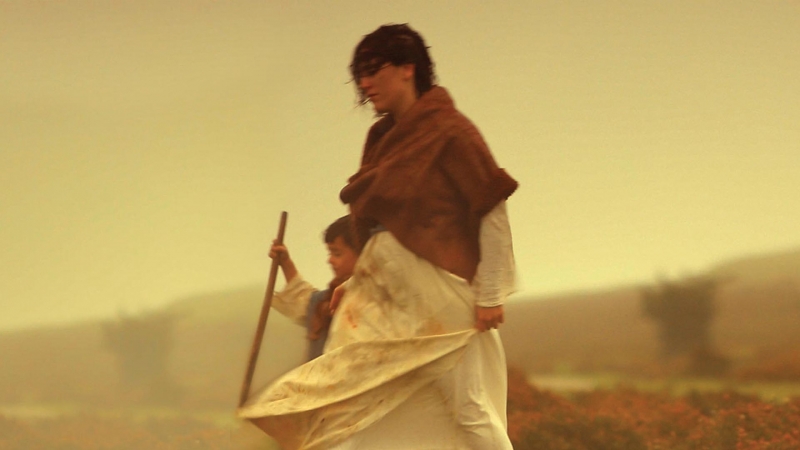 For 25 years in Santimamiñe, in Finaga, in Buzaga and, above all, in Aldaieta, findings have turned up new burial grounds of families of warriors armed with terrible fighting axes and double-edged swords, thereby completely changing everything we thought we knew about those dark years from the fall of the Roman Empire and the time of the Visigoths. The experts believe it is probable that in those years a Vasconia was created under Germanic and not Gothic influence, a Vasconia that spread the Basque language used by the Vascones to the western territories of Euskal Herria, today the Basque Autonomous Community.

The Europe-Latin America Co-production Forum is an initiative of the San Sebastian Festival conceived for industry professionals to foster the development of cinematic projects between Europe and Latin America and thereby strengthen international co-production and promotion networks.

Intended for projects at the development stage and with 20% of their funding assured, 14 projects have been selected for participation in the third edition of the Forum. These projects will compete for the EGEDA Best Project Award at the III Europe-Latin America Co-production Forum consisting of €10,000 and sponsored by the Audiovisual Producer's Rights Management Association.

In addition, and thanks to the Festival's agreement with the Ibermedia Programme, one of the projects will be selected to participate in the Workshop to develop film projects from Central America and the Caribbean.

Those responsible for the 15 projects will have the opportunity to present them to industry members at pitching sessions; they will also have an agenda of one-to-one meetings with professionals interested in participating in their projects. In addition, with a view to fostering informal meetings between the participants, other initiatives will be organised to encourage the exchange of experiences and knowledge on key issues related to the audiovisual industry today and tomorrow.

In the frame of the III Forum, the Festival will organise a Focus on Canada with Telefilm Canada. A delegation of 12 Canadian producers will come to San Sebastian to experience the Festival in person, make professional contacts and participate in the Co-production Forum and the other Industry Club activities.

Organised by IBAIA, Association of Independent Audiovisual Production Companies of the Basque Country, in coordination with San Sebastian Festival's Industry Club, the Forum aims to offer a meeting point to professionals from the audiovisual sector in order to promote the co-production of documentaries and the creation of synergies between producers in European regions.

This activity, exclusively dedicated to documentaries, consists of the presentation of twelve projects to several commissioning editors, thereby prompting as much discussion as possible on the projects selected. The project representatives later have the opportunity of one-to-one meetings with these professionals. 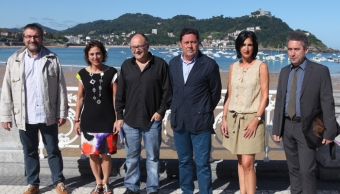 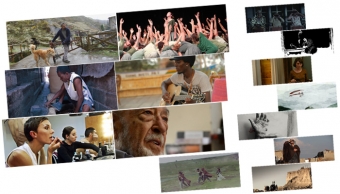