You are in: Home > 2014. 62nd Edition  > News > Orona Fundazioa collaborates for the first time with the San Sebastian Festival

Today Orona Fundazioa announced a new collaboration with the San Sebastian Festival, thereby uniting important, strategic cultural activity with a cooperative company which bases its strategy on technological innovation, internationalisation, its human capital (Orona) and commitment to the environment.

Orona Fundazioa will collaborate with the XIII International Film Students Meeting by giving an award of €5,000 to the most innovative short film. The Jury for the award will consist of students at Mondragon University (Huhezi) and Escivi (Andoain Film and Video School), coordinated by a professor from the Mondragon University. The chair of the Jury will be held by the Orona Fundazioa Development Directorate.

The Jury members will participate in all events related to the International Film Students Meeting: masterclasses, presentations, talks, viewings and workshops.

Short films from the XIII will be presented in December at the Orona Fundazioa auditorium, and will be accompanied by introductions and after-film talks.

On the other hand, Orona Fundazioa will promote a new initiative in the Orona Ideo auditorium in collaboration with the San Sebastian Film Festival: a season of films based on the subject of technology and human resources. At the film club concepts will be developed such as the company and human resources management, new technologies and human relations and new technologies and societies of the future. The target audience will be baccalaureate, Vocational Training and university students. We wish to improve the debating skills of our young people and to develop new ways of addressing subjects with a critical spirit. The subjects dealt with will remain with these people throughout their professional lives.
The films will be introduced by film professionals and will be followed by talks.

The programme anticipated for the season is:

Orona Fundazioa is a symbol of our commitment to the environment and is in turn an essential part of the new Orona Ideo innovation ecosystem, which brings together in a hub of unique characteristics the company, the university and the research centres. It began its activity in September last year to coincide with the start of the university academic year; since then, it has established a series of contacts with cultural, sports, educational and social agents in the Donostialdea, Oarsoaldea and Bidasoaldea regions.

Orona Fundazioa, which has its own building within Orona Ideo, is the true driving power behind constitution and invigoration of the Orona Ideo Community; it will progressively integrate the different business, educational and research actors and the different social, cultural and sports agents in the area. Orona Fundazioa has the objective to carry out all activities and initiatives tending to promote and foster actions in the fields of education, training and research in all areas of knowledge in order to meet society's evolving needs.

Within its constitutional purposes are activities tending to promote and manage education and research centres. Similarly, the Foundation has the mission to promote and support social economy and to disseminate the characteristics of working in cooperative fashion, promoting professional insertion and supporting all kinds of cultural, social, charitable and welfare activities. 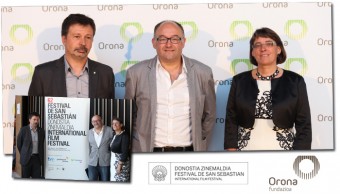