He debuted in feature films with Días de viejo color (Days of an Old Colour, 1967), winner of the Cinema Writers Circle Award for Best New Director and of an award at the Tangiers Festival. Having shot En un mundo diferente (1968), he enjoyed tremendous critical acclaim with El bosque del lobo (The Forest of the Wolf, 1970), winning several national and international awards at Festivals including Valladolid and Chicago. In 1972 he directed and produced La casa sin fronteras (The House without Frontiers) with which he participated in the Berlin (in competition) and Los Angeles Festivals. The film was nominated to compete in the Academy Awards in 1973. His following films, No es bueno que el hombre esté solo (It’s Not Good for a Man to be Alone, 1973), Tormento (Torment, 1974) and Pim, pam, pum… ¡Fuego! (Ready, Aim... Fire!, 1975), also participated in different festivals. Tormento won an award at the San Sebastian Festival, in addition to winning several national awards for its leading lady, Concha Velasco. In 1976 he directed La Corea and in 1978 Un hombre llamado Flor de Otoño (A Man Called Autumn Flower), Best Actor Silver Shell at the San Sebastian Festival for José Sacristán. He later made Akelarre (1983), a competitor in Berlin presented out-of-competition at the Karlovy Vary Festival. This was followed by other feature films: Bandera negra (Black Flag, 1986), El día que nací yo (The Day I was Born, 1991) and El maestro de esgrima (The Fencing Master, 1992), which opened the San Sebastian Festival, won three Goya Awards and was pre-selected for an Academy Award in 1993. His subsequent films too were present at international festivals and garnered several accolades: Morirás en Chafarinas (You Shall Die in Chafarinas, 1994), Más allá del jardín (Beyond the Garden Walls, 1996) – winner of three Goyas – and Tiempo de tormenta (Stormy Weather, 2003), winner at the Málaga Festival of the Special Jury Prize and Best Screenplay Award.

Over his long career, Olea has worked in advertising and has made documentaries, such as Gernika (1982), Bihotzez / De todo corazón (1983) and Athletic, un siglo de pasión (1998). In the field of fiction for television, he shot an episode of the series, La huella del crimen, “El caso de las envenenadas de Valencia” (1985), and the full-length film for TVE, La leyenda del cura de Bargota (1986). His latest work in this field is La conspiración (2012),a TV movie produced by TVE and ETB. He has also worked as a theatre director, with Antonio Gala’s Inés desabrochada (2003) – Telón Award for his stage directing – and Rafael Azcona’s El pisito (2009), Rojas Award for Best Stage Director of the year.

Among the numerous accolades and tributes received by Olea over his career are those bestowed by the Cairo Festival (with Elia Kazan), the Nantes Spanish Film Festival, the SEMINCI in Valladolid (Golden Spike Lifetime Achievement Award), the Filmoteca at the Bilbao Fine Arts Museum, the Lifetime Achievement Award “Premio Toda una Vida” at San Sebastian, others at Sitges, Ourense, Astorga, and the season-tribute dedicated to him by the Spanish Academy of Motion Picture Arts and Sciences. 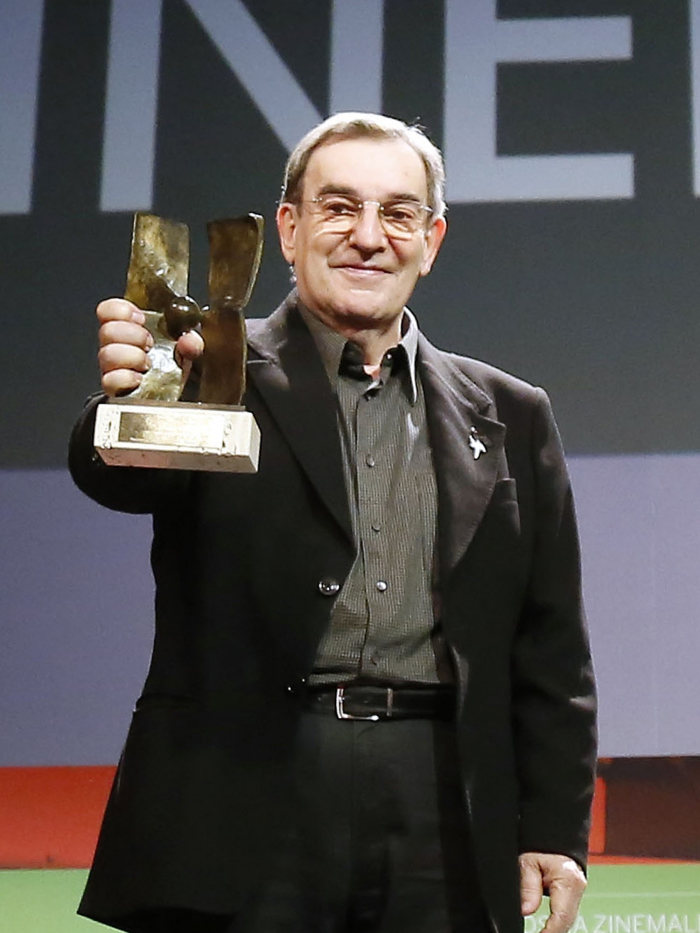