Today a presentation was held in the Academia de las Artes y las Ciencias Cinematográficas headquarters of the films produced in Spain to be screened at the 63rd edition of the San Sebastian Festival, opening on September 18. José Luis Rebordinos, the Festival Director, and Maialen Beloki, member of the Management Committee announced the titles to be presented in the different sections.

Some of the big-name Spanish filmmakers will compete with their latest works for the Golden Shell in the Official Selection: Asier Altuna, Cesc Gay, Marc Recha, Federico Veiroj and Agustí Villaronga, together with Argentinian director Pablo Agüero. Álex de la Iglesia will present his latest film, Mi gran noche, out of competition, while special screenings will feature premieres of the film by Imanol Uribe Lejos del mar and the documentary by Pere Joan Ventura No estamos solos.

The New Directors section includes the participation of two co-productions with Spain: Paula, directed by Argentina’s Eugenio Canevari, and Pikadero, a film by the Scotsman Ben Sharrock shot in the Basque Country. Another two co-productions will be presented in the Horizontes Latinos section: El botón de nácar, latest film from the Chilean moviemaker Patricio Guzmán, and Magallanes, directorial debut by the Peruvian actor Salvador del Solar.

As usual, the Zabaltegi section showcases a selection of other outstanding titles of the year, this edition presenting several national productions: Isla bonita by Fernando Colomo, La Novia by Paula Ortiz, Un día vi 10.000 elefantes, by Alex Guimerà and Juan Pajares, Mi querida España, by Mercedes Moncada, and The Propaganda Game, by Álvaro Longoria. The short film by Tucker Dávila Wood Duellum will also be presented in this section.

Lastly, the giant screen in the Anoeta Velodrome will host a special screening of the film by Dani de la Torre, El desconocido. 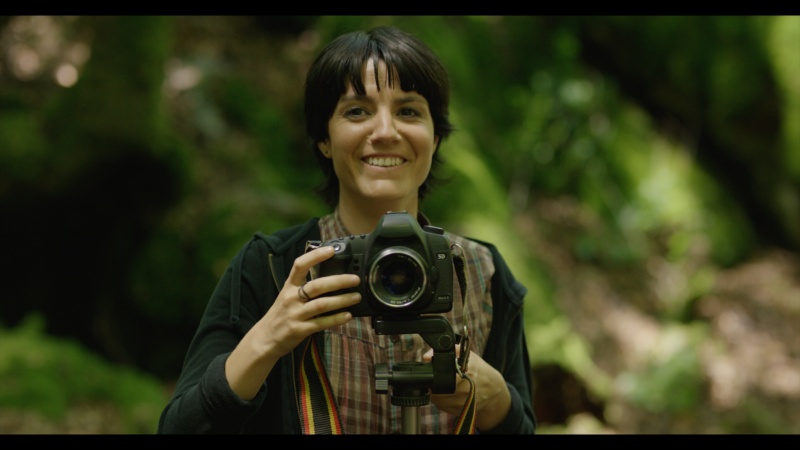 The latest film from the Basque moviemaker, Asier Altuna. A family tale of conflict between the urban and rural worlds, past and present, parents and children. Two different ways of understanding life, and a grandmother who observes the world from deeply eloquent silence. Starring Iraia Elias, Amparo Badiola, Ander Lipus, Manu Uranga, Kandido Uranga and Klara Badiola. 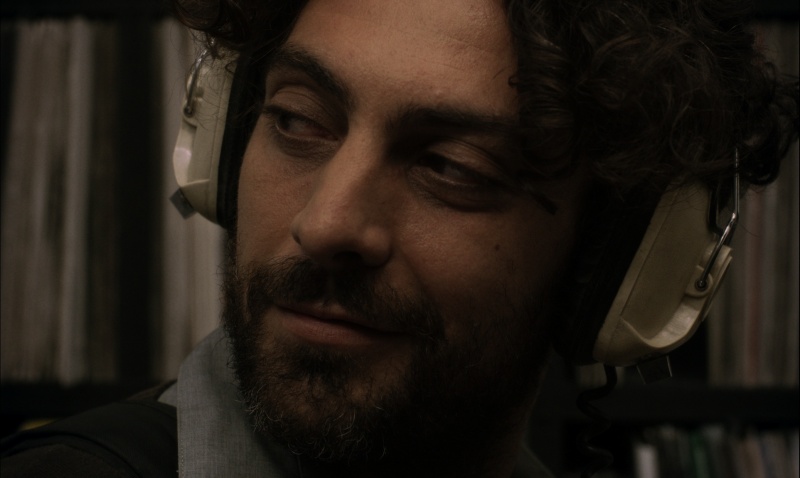 The third feature film by Federico Veiroj tells the tale of a young boy desperate to escape the faith passed down from his parents as he looks back over his past, his scars, the marks left by guilt and desire. Starring Álvaro Ogalla, Bárbara Lennie, Marta Larralde, Juan Calot, Kaiet Rodríguez, Joaquín Climent and Vicky Peña. 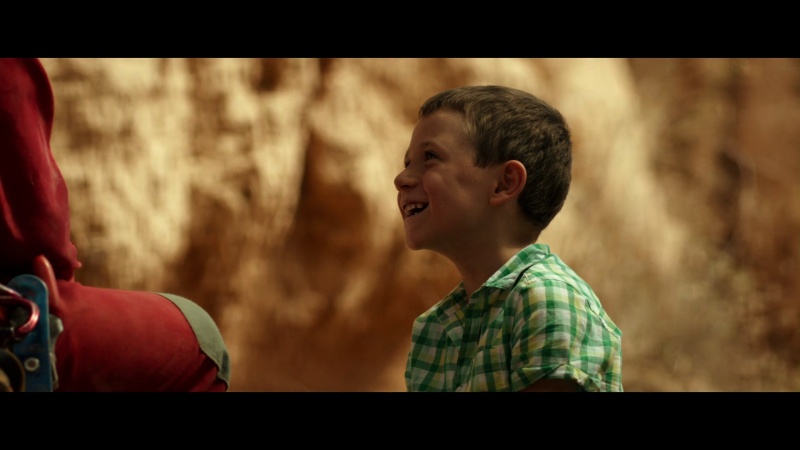 Marc Recha presents his latest film, starring his son Roc and Sergi López. In a lonely spot, a boy flies a kite made by his father. It's windy and the boy needs an adult to help him untangle it from the vegetation and keep it flying. In the middle of nature, they tell a special tale. 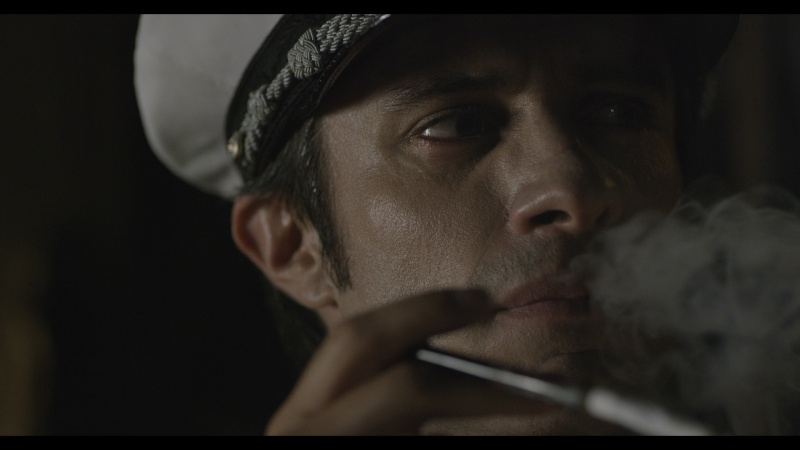 Evita Perón has died. She is the most loved, but also the most hated political figure of Argentina. A leading expert is given the task of embalming her. After months of hard work, the result is perfect. Meanwhile in Argentina, the coups come one after the other and some dictators want to delete Evita’s legacy from the people’s memory. Her body therefore becomes the focal point of clashes lasting for 25 years. 25 years during which Evita was a more powerful figure than any other living politician. 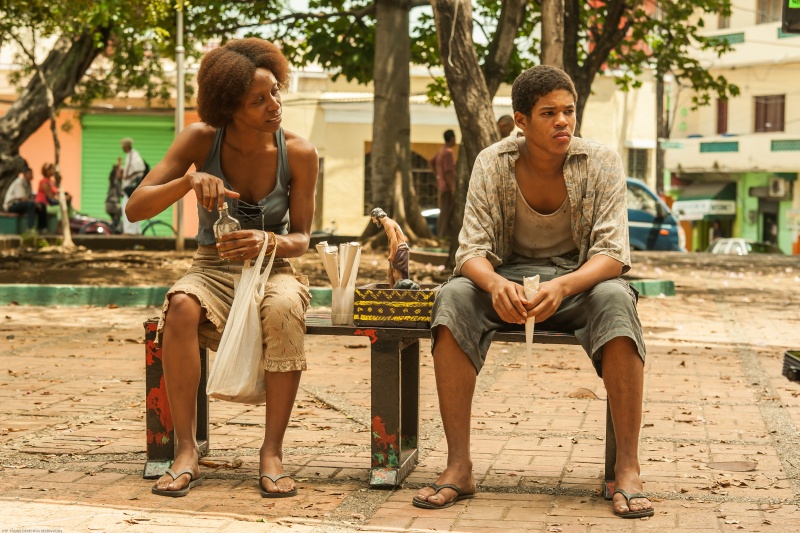 Agustí Villaronga adapts the novel of the same name by Pedro Juan Gutiérrez. Recently escaped from reformatory, young Reinaldo tries to get by in the streets of Havana in the late 90s, one of the worst decades for Cuban society. Hopes, disillusionment, rum, good humour and above all hunger, accompany him in his wanderings until he meets Magda and Yunisleidy, survivors like himself. In one or the other's arms, he will try to escape the material and moral misery surrounding him, living love, passion, tenderness and uninhibited sex to the limit. 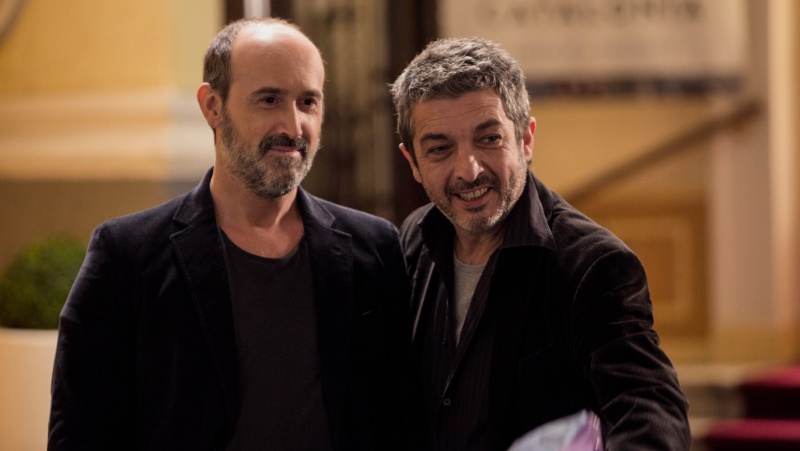 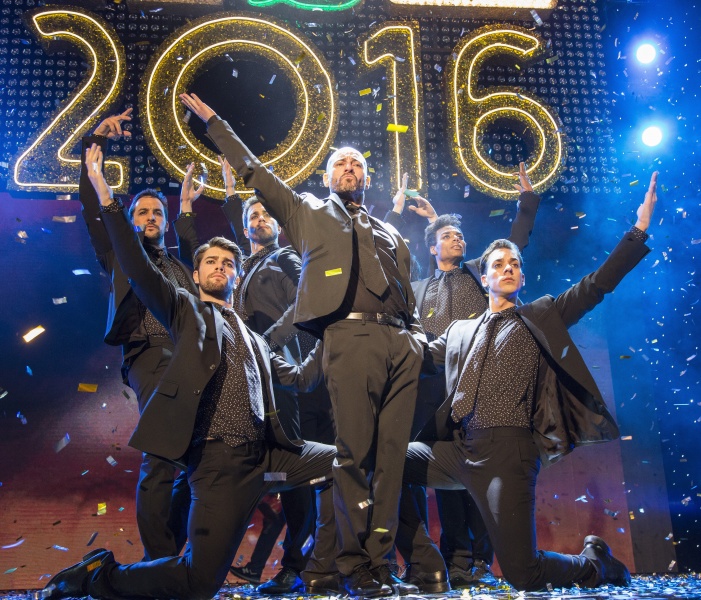 Jose, unemployed, is sent by a temp agency to work as an extra for the recording of a special New Year's Eve programme, in mid August. Hundreds of people like him have been shut indoors day and night for a week and a half while they pretend to laugh, stupidly celebrating the false arrival of the New Year. Is there place for love amid the uncontrollable chaos? An ensemble comedy from Álex de la Iglesia on which the diva crooner Raphel joins an impressive cast: Carlos Areces, Carolina Bang, Luis Callejo, Mario Casas, Carmen Machi, Pepón Nieto, Terele Pávez, Ana Polvorosa, Carmen Ruiz, Hugo Silva, Santiago Segura, Blanca Suárez, Antonio Velázquez and Enrique Villén. 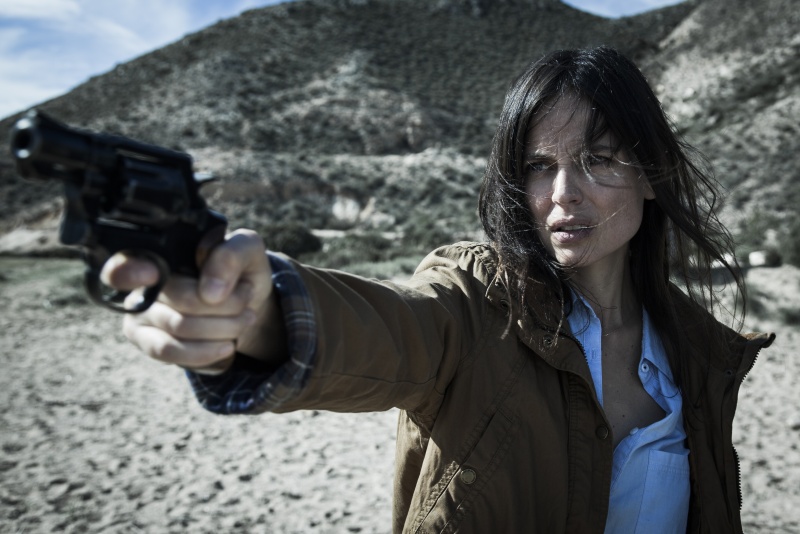 Imanol Uribe reflects in his latest film on the drama of people confronted with the horrors of the past. When Santi is released from jail he travels south to visit his friend and former cellmate Emilio, afflicted with a terminal illness. Unexpectedly, he runs into Marina, the doctor caring for his friend, with whom Santi had a terrible encounter many years back that has affected both of their lives ever since. This meeting will revive the horrors of the past. Elena Anaya and Eduard Fernández headline the cast. 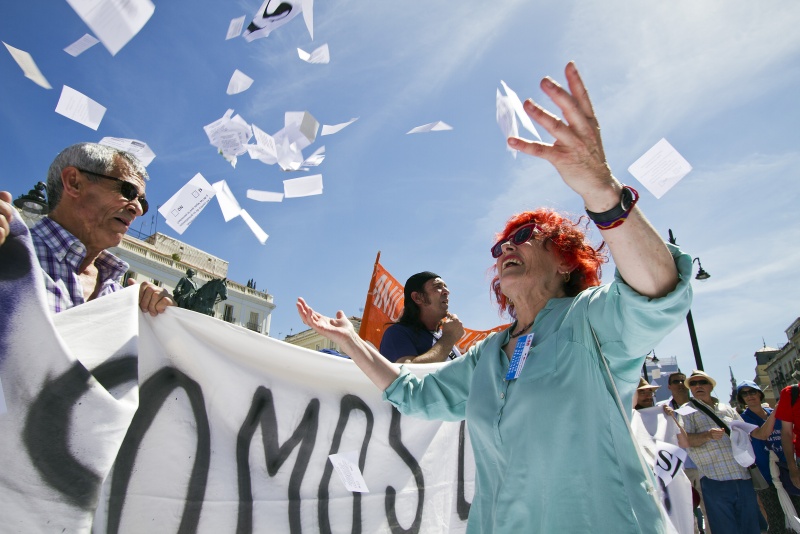 An ensemble tale of people who, alone or as a crowd, from their district or a university dais, stir up life in Spanish cities every day. 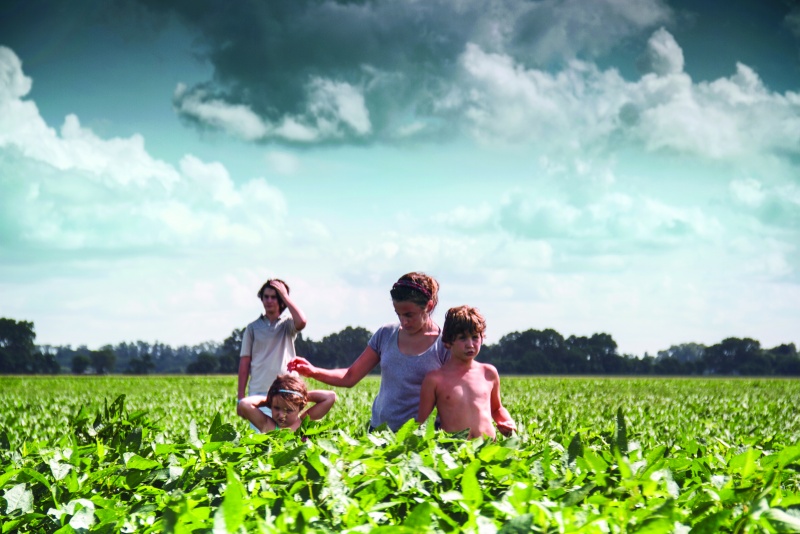 Young Paula lives and works at the pile of a middle-class family caring for their children. Her life takes an unexpected turn on discovering that she's pregnant by a young man who refuses to accept his fatherhood. Paula, which was participated at Films in Progress in 2014, is the directorial debut by Eugenio Canevari, who participated in the International Film Students Meeting at San Sebastian in 2013 with his short film, Gorila baila. 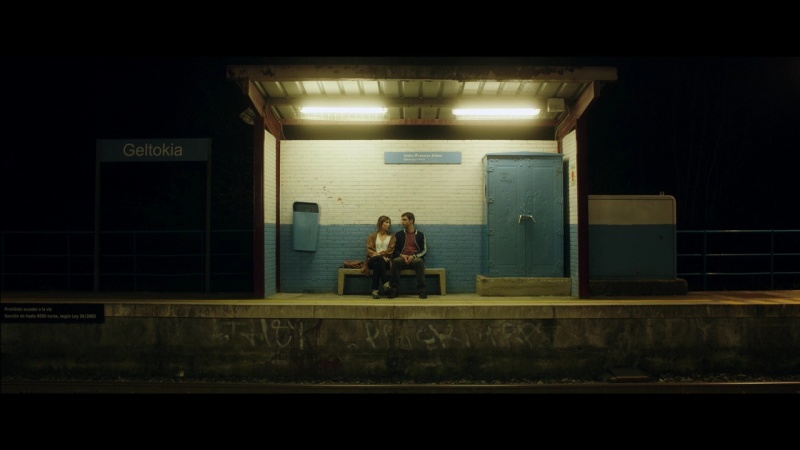 A penniless, young couple have trouble consummating their fledgling relationship in their parents' homes, forcing their relationship into question as they try to break free from the shackles of a crumbling economy. Barbara Goenaga and Joseba Usabiaga star in this romantic comedy. 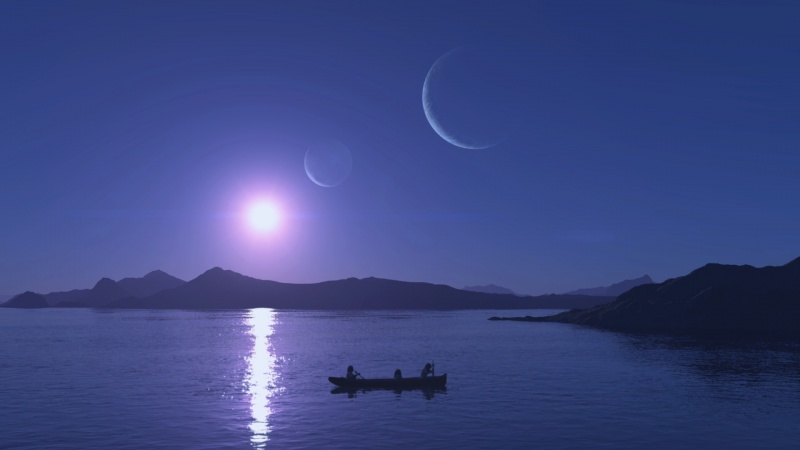 Chilean filmmaker Patricio Guzmán talks to us in his latest documentary about water, the cosmos and ourselves, human beings. It all begins with the discovery of two mysterious buttons in the depths of the Pacific Ocean, off the coast of Chile. Winner of the Silver Bear for Best Script at the Berlin Festival. 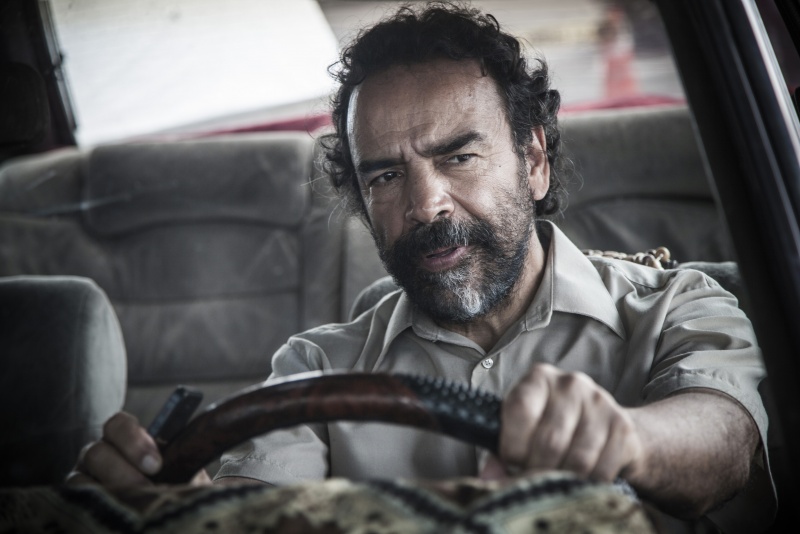 Winner of Films in Progress at last year's Festival. Magallanes recognises a woman getting into a taxi. It's Celina, the young peasant girl he randomly arrested more than twenty years ago, when he was a soldier. They both have unfinished business. And for Magallanes, this is an opportunity to redeem himself. Damián Alcázar, Magaly Solier and Federico Luppi play the leading parts. 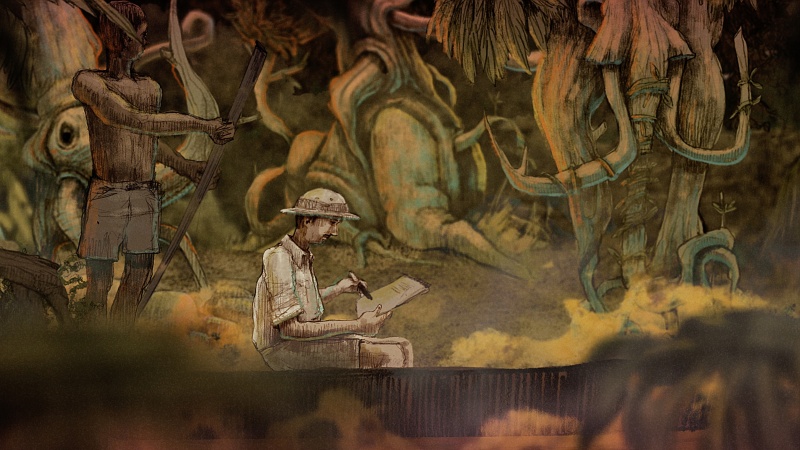 Angono Mba, recalls the expedition when he worked as porter for the filmmaker Hernández Sanjuán, travelling round Spanish Guinea from 1944 to 1946, in search of a mysterious lake where, legend would have it, you could see 10,000 elephants. 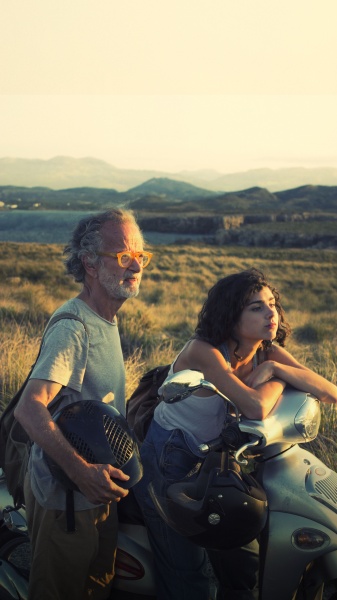 Fernando Colomo stars in and directs his new film. Fer, a seasoned publicist going through a life crisis, is invited to Menorca by his friend Miguel Angel. There he will meet Nuria, an anti-establishment sculptor, and her daughter Olivia. 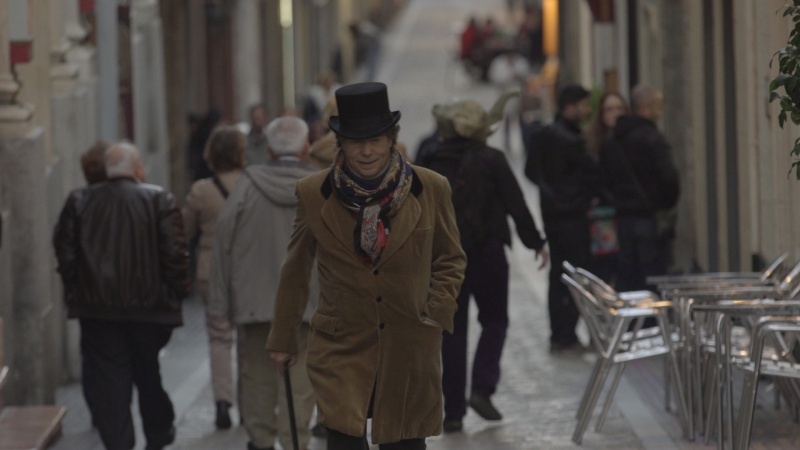 In his long career as a journalist, Jesús Quintero coined an immense and multifarious universe of characters including those excluded from the prevailing version of the country. His interviews also reflect words not pronounced and bodies that speak even if the sounds they make imply otherwise; his interviews bring us a wealthier, more complex mirror in which to look at ourselves in. The narrative and its interviews, both broadcast and unseen, form the raw material of this story about the years of Democratic Spain. 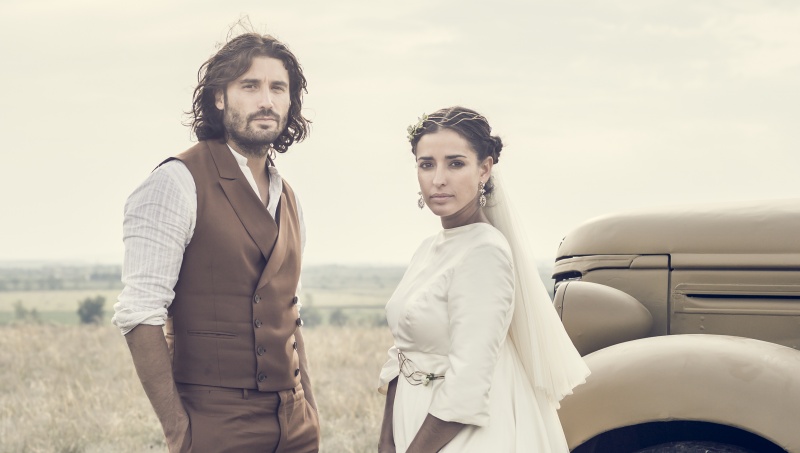 The second film by Paula Ortiz is based on Bodas de Sangre by Federico García Lorca and stars Inma Cuesta, Asier Etxeandía, Leticia Dolera and Álex García. The Bride, grief-stricken and desolate, prepares for her marriage to The Groom in the middle of a white desert... but an invisible thread, powerful and impossible to break, binds The Bride and Leonardo. 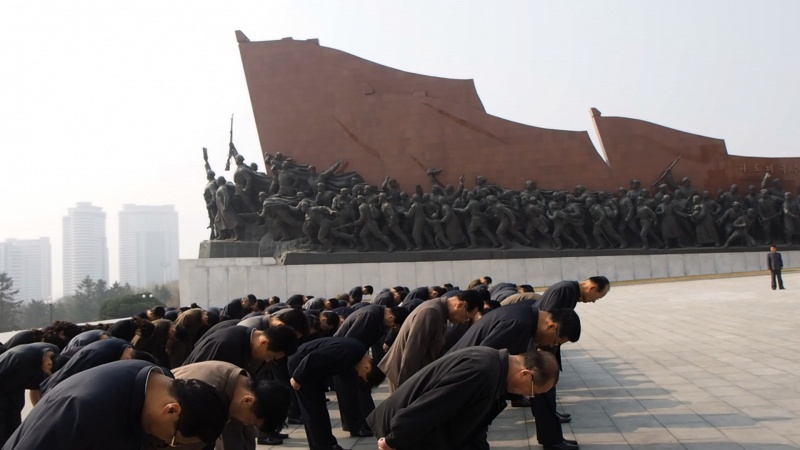 Full-length documentary directed by Álvaro Longoria, analysing the different propaganda techniques and strategies, focussing on the surprising and always prominent case of North Korea. The film was made taking advantage of the privileged access to film in North Korea gained thanks to key facilitator Alejandro Cao de Benós, the only foreigner working for the Communist government. It analyses the strategies used by the different "players" to manipulate the "truth" and their interests. False news announcements, half-truths and surrealist controversies allow the spectator to reach their own conclusions and reflect on the difficulty of knowing the truth. 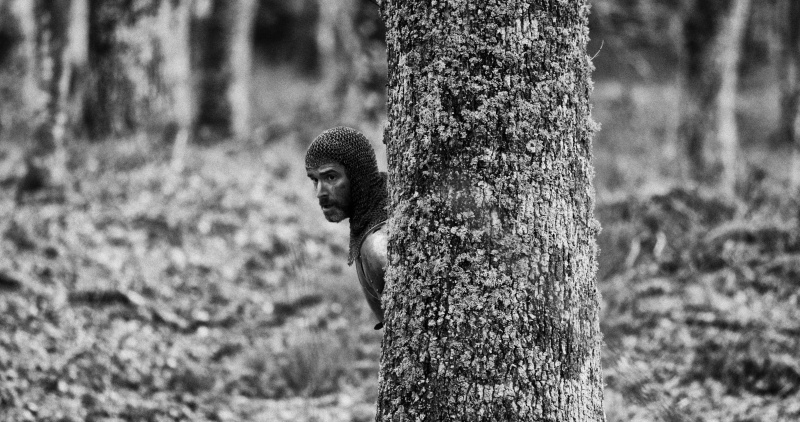 A duel in the forest, on any ordinary day.

Luis Tosar, Goya Toledo and Javier Gutiérrez star in this thriller helmed by Dani de la Torre. Carlos, a bank executive, has no sooner started his car when he receives a phone call telling him there's a bomb under his seat. He's only got a few hours to obtain a very large amount of money or his car will be blown to pieces. 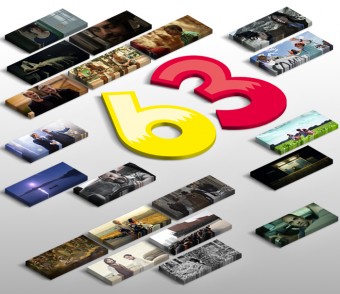