Log-in to My Festival | New user
My Festival
My Invoices
Virtual pressbox
• All films
Log-in details
Contact
CONTENT
You are in: Home > 2015. 63rd Edition  > News > The 14th International Film Students Meeting will take place on 22nd-25th September at the 63rd edition of the San Sebastian Festival and is going to have Tabakalera-International Centre for Contemporary Culture as new headquarters

The Meeting will take place at Tabakalera (Duque de Mandas, 52), from the 22nd to the 25th of September after its inauguration at the European Capital of Culture 2016 hub (Easo, 43). The selected short films will be presented at sessions open to the general public and Festival guests. 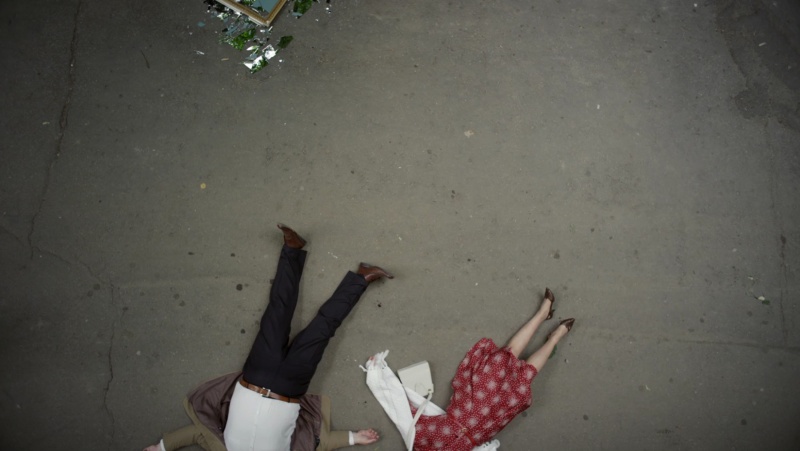 In the Communist era, queueing for food is something normal. After a long wait on an empty stomach, Mihail doesn't receive his food ration. The next day he tries to be the first in line. 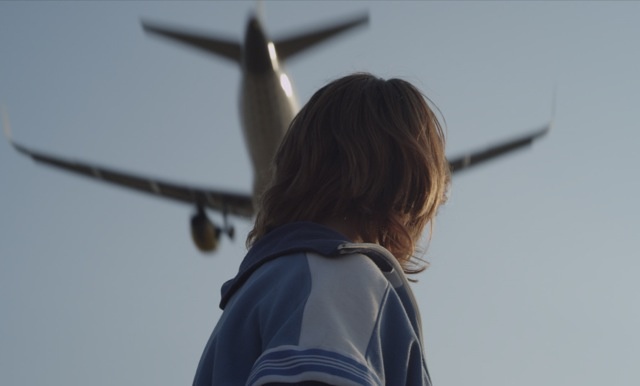 A young 17 year old girl finds a bird trapped in the factory where she works. She decides to take it home and care for it, until she finally sets it free again. She starts wondering about her decision to escape the terrible atmosphere she lives in to seek her own freedom. 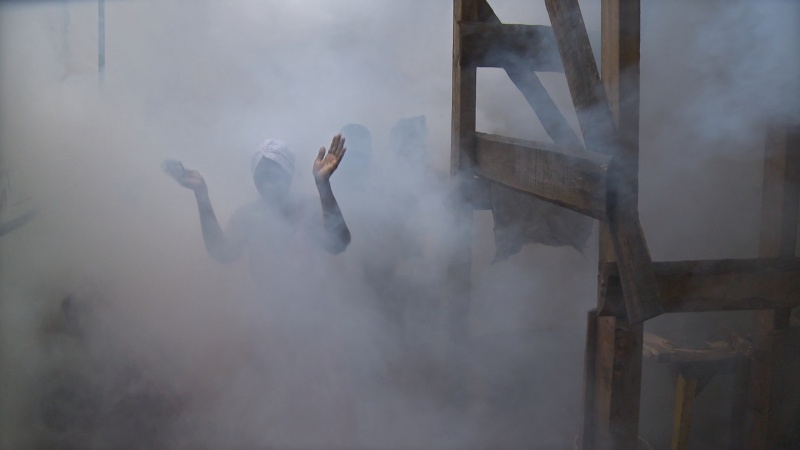 In a fumigation centre in Havana, Mayelín has the thankless task of doling out fines to citizens who have the dengue mosquito in their homes. With a demanding boss and conflictive workers, Mayelín will have to impose her authority to gain respect. 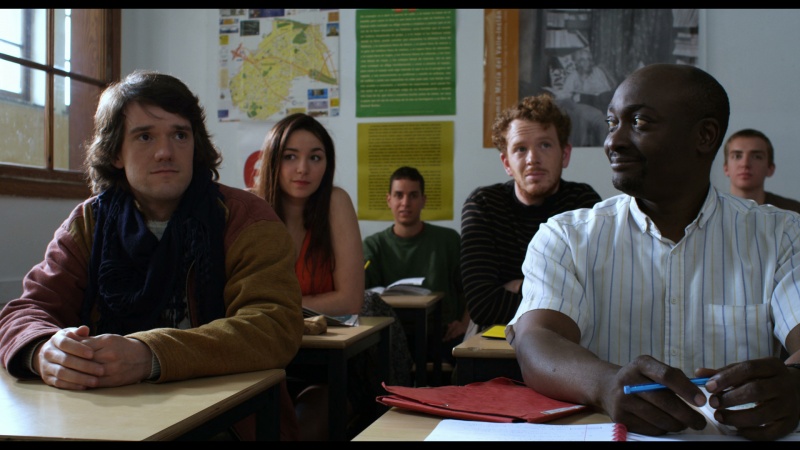 Víctor, a young Belgian-Uruguayan boy, returns to Belgium. In order to be able to receive his family allowances, he has no option but to enrol in a Spanish course at level 1 and pretend not to know a word of his mother tongue. 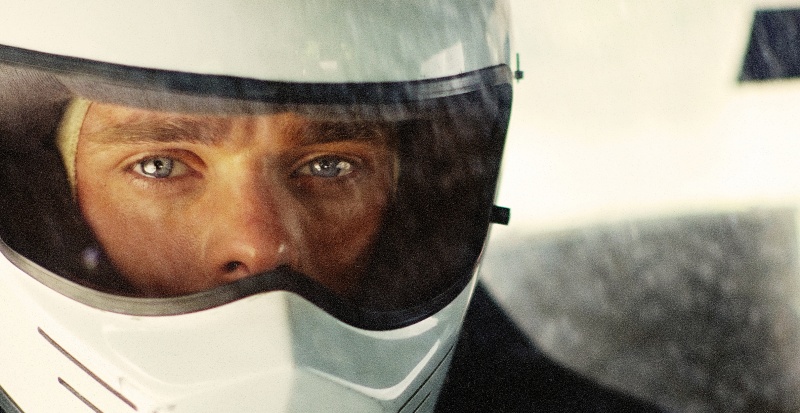 It is 1986, the peak of high-octane Group B rally driving. Known for its incredibly dangerous off-road races, notorious lack of crowd control, and some of the most powerful and sophisticated cars the world has ever seen. 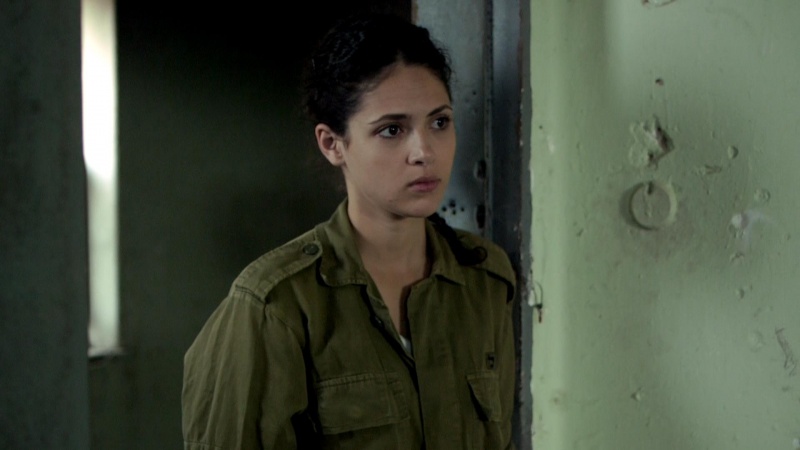 Ruthi is stationed in Hebron. When her soldier friends ask her to spend the weekend with them she agrees. But during their 3 days together she understands the impossibility of existing as a woman in the military system. The realisation pushes her to break her promise and reveal herself as she really is.

Sami, a young Swiss-Algerian man, is looking for a work that would match his qualifications. He applies for a job at the Swiss intelligence service. 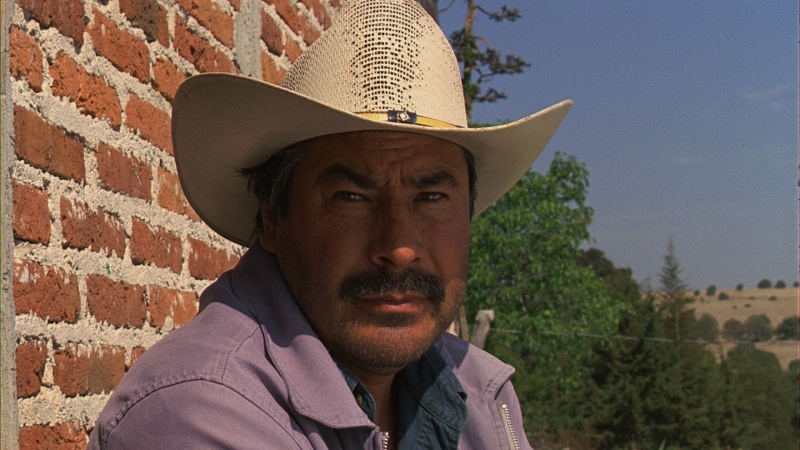 Miguel leaves everything he knows and loves to go and work as an illegal immigrant in the United States. His wife Mónica suffers his absence in silence. The memories and the nostalgia are always there. 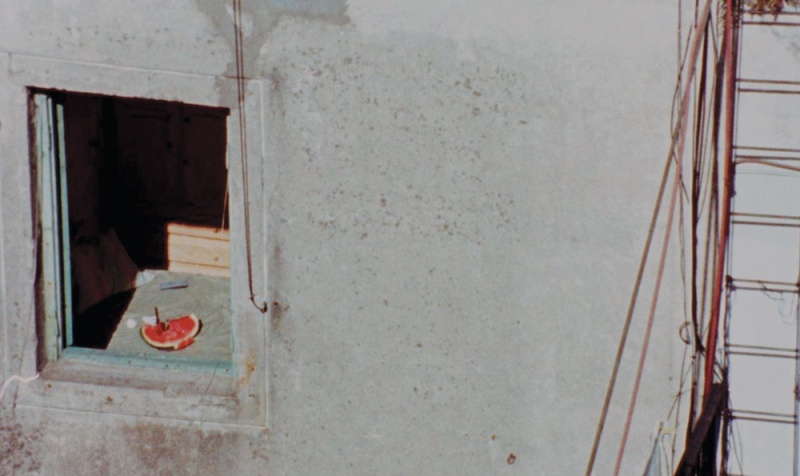 Mysteries, worries and dreams of a new life. 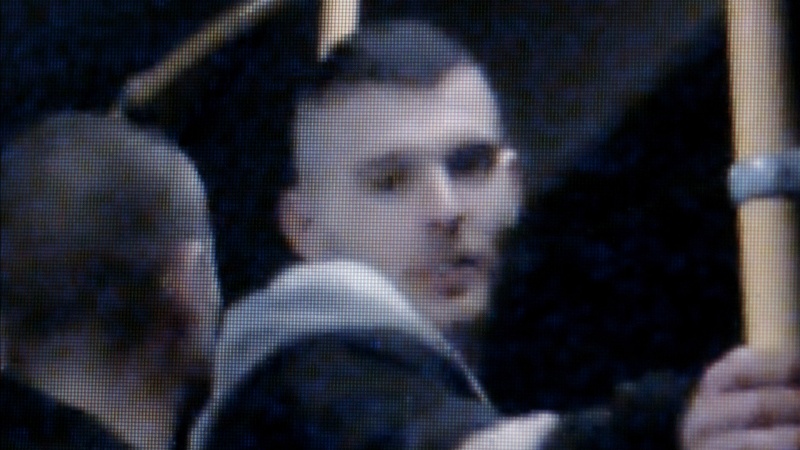 Marek is a young boy who witnesses a violent attack in a bus He is able to shoot the whole incident on his cell phone, but his fear and conscience prevent him from doing the right thing. 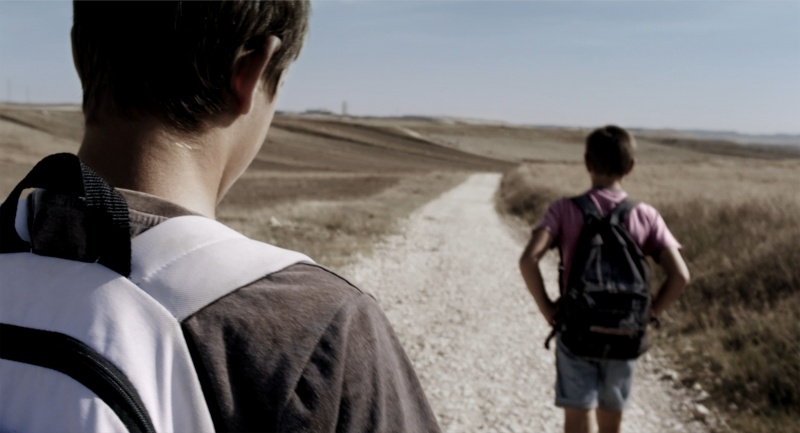 Two young brothers wander around in a big empty world without a clear destination. As society rages on around them at only a few yards distance, it couldn't seem farther away. Together they try to escape reality, but how do you relate to an undeniable world that you don't seem to be part of? 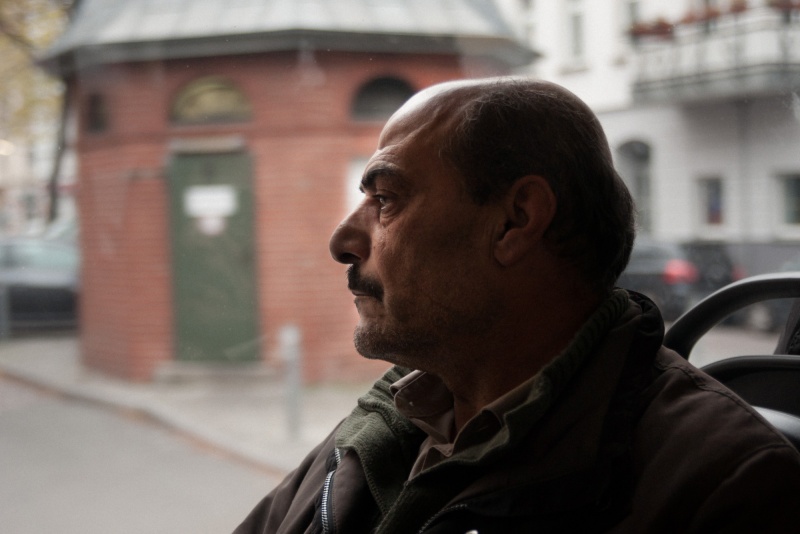 A close relative has disappeared in the Syrian war region. Ibrahim, an instrument maker and family man struggles with his feelings of responsibility towards his family back home. The war is thousands of kilometres away and yet it destroys everything.

The Meeting will also include the out-of-competition screening of three short films. Two of them from the Atelier Ludwigsburg-Paris, a project that fosters international collaboration and production processes. It involves the participation of the film schools La Fémis and the Filmakademie in Baden-Württemberg: 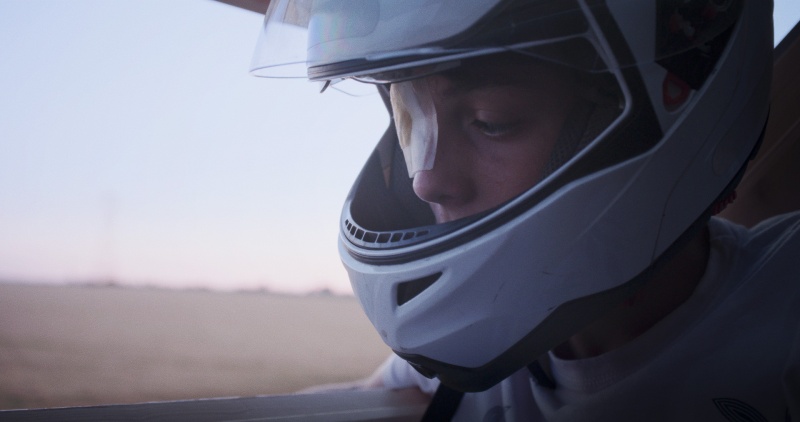 Tom is 16 years old, and he is the whipping boy of Evan who manufactures artisanal weapons. Since he survived the 'spudgun experimentation', he avoids passing by Evan's place. Only, Evan doesn't want to stop already as it just started to make fun ... 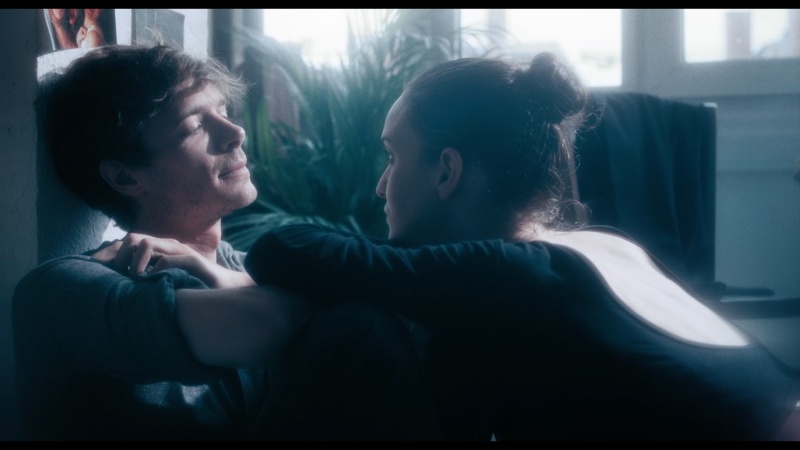 Nina is from Berlin, Fabien is from Paris and they are united by always being separated. They can never stay in one place for a long time. Torn apart between wanderlust, self-fulfillment and settling down they are looking for a new way to live their relationship. Fabien wants to fully commit to Nina – but she just got offered a great job in another city.

The third one is part of the collaboration between the San Sebastian Film Festival and BioBioCine Festival Internacional de Concepción Chile. A Festival, that as well as the Meeting does, it fosters the film students’ exchange of experiences and knowledge in the audiovisual field.

Francesca is a transsexual in an unsteady relationship with Marcelo, who leaves her when she finds out that he had another woman. Just then, her old friend Paula reappears in a deplorable state and heavily pregnant. Francesca takes her into her home.

A specific jury, consisting of one student from each of the schools selected to compete and chaired by a well-known figure from the movie world, will choose the winner of the International Film Students Meeting award, going to the director of the winning short film.

A specific jury will give the Orona Award to the most cutting-edge short film of the Meeting, with an endowment of € 5,000. This Jury will consist of students from Basque schools, coordinated by a professor from the Mondragon University, and chaired by the Orona Fundazioa's Development Director.

A representative from the TorinoFilmLab will be in charge of awarding one of the directors taking part in the Meeting with the Torino Award, with which the winner will be guaranteed attendance to a TorinoFilmLab programme within 2 years after the award is given.

The International Film Students Meeting is co-organised by the San Sebastian Festival and Tabakalera-International Centre for Contemporary Culture. The Meeting will enjoy the support of San Sebastian 2016, European Capital of Culture, which advocates the development of a continued process of backing for audiovisual creation that will make it possible to convert San Sebastian into a European centre of attention as regards production in small or medium format. 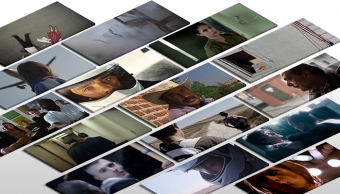