You are in: Home > 2016. 64th Edition  > News > Today the period begins for voting by the public in the online poster competition organised by the San Sebastián Film Festival

Today the period begins for voting by the public to choose 10 of the 20 possible finalists in each category in the online poster competition organised by the San Sebastián Film Festival.

The voting will be open until March 15th (23h GMT+1)), and the public will have to vote among the 1.692 posters received, that will be competing in the following categories: New Directors, Zabaltegi, Horizontes Latinos, Pearls and Culinary Zinema.

To vote for your favourite posters you must be registered on the special site devoted to the competition: www.sansebastianfestival.com/postercompetition, from where users will also be able to disseminate and share their votes on social networks.

A specific jury will choose the winning posters from among the ones that have received most votes and there will be a prize draw among all users who have voted for the winning posters in each section: (6 prizes consisting of a 10 session voucher for the Festival and a set of publications for the 64th San Sebastián Film Festival).

This year the official poster is not included in the online competition. Instead, it will be chosen from among the proposals presented by a selection of 10 design studios specifically invited to participate.

To choose the winning posters, a pre-selection will be made of the 10 proposals to have received most public votes in each section.

Up to 10 posters more from each section can be selected by the San Sebastián Festival, bringing the total to a maximum of 20 finalists on the 17 March 2016.

From among these finalists, a jury will choose the winning posters in each section, which will be publicly announced at the press conference called by the San Sebastián Festival for the 6th of May.

The prize for the winners will be 1,000€ net per poster in each of the sections. 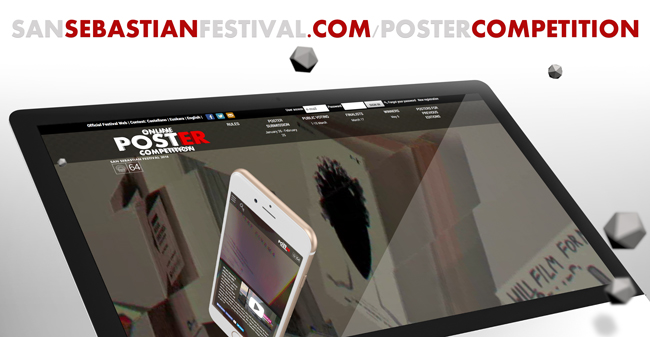 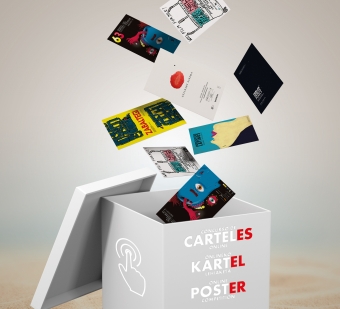