The Europe-Latin America Co-Production Forum is a benchmark platform and a hub between both film worlds. The Forum, running on the same days as Films in Progress 30, is an opportunity to promote new audiovisual projects, enable co-production agreements and strengthen cooperation between professionals.

The Co-Production Forum is open to developing feature film projects from Europe and Latin America with a minimum duration of 60 minutes and 20% of their financing already assured. European projects must have a specific connection with Latin America. Projects experimenting with new transmedia, crossmedia and multiplatform formats will also be accepted, provided that film is one of their main platforms. Projects presented for the first time at an international forum will be particularly appreciated.

The project heads will have the opportunity to find strategic, industrial and financial partners from all over the world to complete the financing of their projects. In 2015, 666 professionals attended the event.

The Festival will select a maximum of 20 projects based on the reports of three international experts: Andrea Stavenhagen, Manuel Pérez Estremera and Javier Martín.

An Award to the Best Project will be granted, with a cash prize of €10,000 for the majority producer of the winning project.

As a new feature in 2016, we will award the ARTE International Prize going to one of the selected projects, with a cash prize of €5.000, sponsored by ARTE France Cinéma.

Thanks to the Forging Alliances agreement, signed with the Marché du Film Producers Network-Festival de Cannes and the National Institute of Cinema and Audiovisual Arts-INCAA, both organisers of Ventana Sur in Buenos Aires, the projects selected in the Forum will be able to continue their international trajectory at these events.

Click here to consult the Forum Rules & Regulations and submit a project. 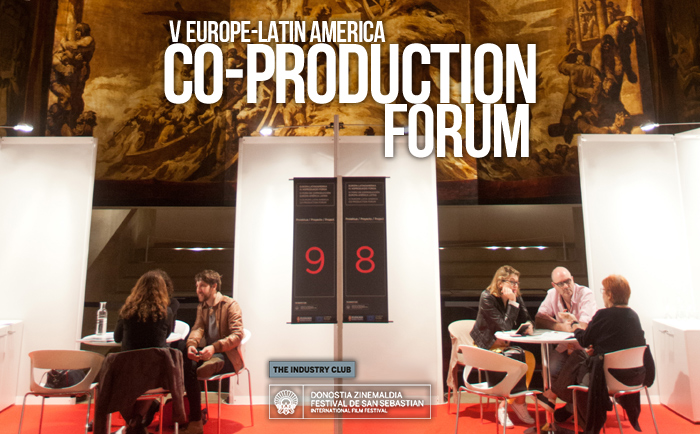