You are in: Home > 2016. 64th Edition  > News > IKUSMIRA BERRIAK presents the projects selected

For the second year running, IKUSMIRA BERRIAK has received a Post-production Award: the REC award.

IKUSMIRA BERRIAK, a support program for audiovisual projects that are committed to innovation and experimentation, has selected four projects for its second edition.

After evaluating the 37 projects received, the selection committee chose Loba (She-wolf) by Kiro Russo, for the International Film Students Meeting category; Calipatria by Gerhard Treml and Leo Calice, for the Labo category, the selection of experimental short films at the Clermont-Ferrand Festival; Suro by Mikel Gurrea, for the Kimuak category; and Fantasía (Fantasy) by Aitor and Amaia Merino, for the Filmmakers from the Basque Autonomous Community (BAC) category.

The selection committee was made up of members of the Tabakalera International Contemporary Culture Centre, the San Sebastian Film Festival and the Donostia / San Sebastián European Capital of Culture 2016 Foundation.

The director of programming of the Panorama section at the Berlin Film Festival, Paz Lázaro, the film producer and founder of HiFilm Productions, Ada Solomon and the Brazilian film director and director of the Dok Films production company, Sergio Oksman, who advised the Ikusmira Berriak selection committee, will travel to San Sebastian during the directors’ residencies to oversee the development of the projects.

Category: International Film Students Meeting
Synopsis
Two men force a door in two different times and places. One has to steal out of necessity. The other is escaping from his wife, who has transformed into a wild beast.
Filmmaker
Kiro Russo (La Paz, 1984)

Director, producer and scriptwriter. He studied direction at the University of Cinema in Buenos Aires. As a director and scriptwriter, he made the short films Enterprisse (2010), Juku (2012), and New Life (2015), premièring at the 68th Locarno Film Festival, received a special mention from the jury and won first prize and the Orona Award in the International Film Students Meeting at San Sebastian Film Festival. These works have a are very closely related to Viejo Calavera, his first feature film in post-production phase.

Category: Labo, the selection of experimental short films at the Clermont-Ferrand Festival
Synopsis
Calipatria is the name of a state prison situated in California´s desert. Santiago Cassilas is one the prisoners: 58 years, member of a gang, convicted to life sentence in solitary confinement. Santiago works one hour a day in prison´s garden, and that will be the place where he reveals his feelings, life history, secrets and dreams, beyond prison´s walls.
Filmmakers
Gerhard Treml (Vienna, 1963) 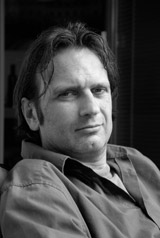 His practice explores narrative strategies to appropriate, investigate, and reconfigure spatial relations basic to our construction of reality. His work relies on drawing, scripting, filmmaking and installations. He recently directed the international art-based research program Eden’s Edge in cooperation with the University of Applied Arts Vienna and launched the Office for Narrative Landscape Design (O.N.L.S.D). Together with Leo Calice, he directed their first series of short films Eden’s Edge (2014) which have won multiple international awards including Clermont Ferrand's Grand Prix. 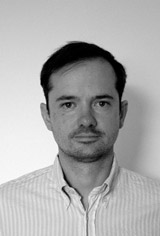 Leo Calice studied and worked in Switzerland, Spain, Portugal, and Austria. He later studied Landscape Design at the University of Applied Arts Vienna. 2012 he joined the art based research project Eden's Edge and was a founding member of the Office for Narrative Landscape Design (O.N.L.S.D) which produced a series of animated documentary short films Eden’s Edge (2014). It was screened extensively and won numerous international awards including Clermont Ferrand's Grand Prix.

Category: Filmmakers from the Basque Autonomous Community (BAC)
Synopsis
Since they were very young, Amaia and Aitor lived away from their parents, Kontxi and Iñaki, now retired. Last summer they realised a dream: getting the four of them together to go on a cruise on a huge ship called FANTASÍA. On their return, they will face a bigger, terrifying boat: the reality of distance, old age and death that one day will separate them. The idyllic holiday reunion will be the contrast from which the harshness of reality acquires a true meaning.
Filmmakers
Amaia Merino (San Sebastian, 1970) 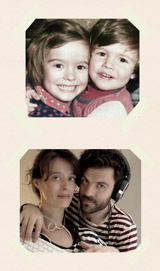 She lives and works in Ecuador, a country where she has specialised in editing and scriptwriting for non-fiction cinema. Over the last fifteen years, she has edited some of the best-known feature films in Ecuador: Blak Mama, Más allá del Mall, Resonancia, En Espera, El Pan Nuestro, 1809-1810 Mientras Llega el Día y Asier ETA biok (Asier y yo), among others. Since 2006, she has given tutorials on editing and scriptwriting at the Technological Institute of Cinema and Performance.

Aitor Merino (San Sebastian, 1972)
He has developed his career primarily as a film, theatre and television actor, working on more than twenty films under directors Montxo Armendáriz, Pilar Miró, Vicente Aranda, Carlos Saura Medrano, Manuel Matji and Icíar Bollaín, among others. His first short film as a director, El Pan Nuestro, received awards at a number of national and international festivals and was nominated for the Goya Awards. Asier ETA biok (Asier and I), co-directed with his sister Amaia Merino, was his first feature film. He is currently combining his work as an actor with the feature-length documentary project Fantasía, co-directed again with Amaia Merino.

Category: KIMUAK
Synopsis
Ivan (33) inherits a farmstead in Girona, his last chance to make a living for himself. He and his partner Elena (30) move to the house to manage a former cork plantation. However, as an outsider, facing increasing tension with the local cork extractors and the Moroccan carriers he has to face a major moral dilemma.
Filmmaker
Mikel Gurrea (San Sebastian, 1985)

While studying audio-visual communication at the Universitat Pompeu Fabra, he worked for the advertising production firm Agosto, he wrote and directed several short films, including Primo (2008), Los gatos del tejado (2009) and Rojo en el agua (2010). In 2011 he was awarded a scholarship from Obra Social “la Caixa” to study a master's degree in film direction at the London Film School. During this period, he directed the documentary Txoria, the commercial Chessmates and developed the dramaturgy for the choreography Automatich Flesh by the Rambert Dance Company, which premiered in the Queen Elizabeth Hall in London. His graduation film, Foxes, was awarded, among others, the prize for best fiction in the Students category at the Montreal Festival des Filmes du Monde and was selected for Kimuak 2015 catalogue. His theatre fiction project, Soka, was chosen for the New Dramaturgies programme. He is currently developing a feature-length drama, Heldu (Hold), produced by Eva Sigurdardottir and selected by EAVE.
POST-PRODUCTION AWARD

The filmmakers will benefit from this prize from October 1st 2016 until July 31st 2017.

REC has been working for over 20 years in sound production and post-production for advertising, film and television. Located in the business park of Zuatzu in San Sebastian, REC has a dynamic and versatile team, with extensive experience in the audiovisual field. The team is also specialized in different services like the sound programs ranging from direct sound to their complete postproduction, including dubbing in different languages, making full soundtracks or mixes for film and TV, and creating masters (DCP, HDCAM or Blu-Ray), among others.

IKUSMIRA BERRIAK is jointly organised by Tabakalera-International Contemporary Culture Centre, the San Sebastian Festival and San Sebastian, European Capital of Culture 2016; it also enjoys the collaboration of Donostia Kultura and the Basque Film Archive Foundation.
IKUSMIRA BERRIAK focusses equally on new talents, audiovisual producers and industries. It also seeks to act as a catalyst in the territorial context (of both creation and production), thereby fostering the consolidation of a platform for the exhibition and internationalization of contemporary film & audiovisuals. 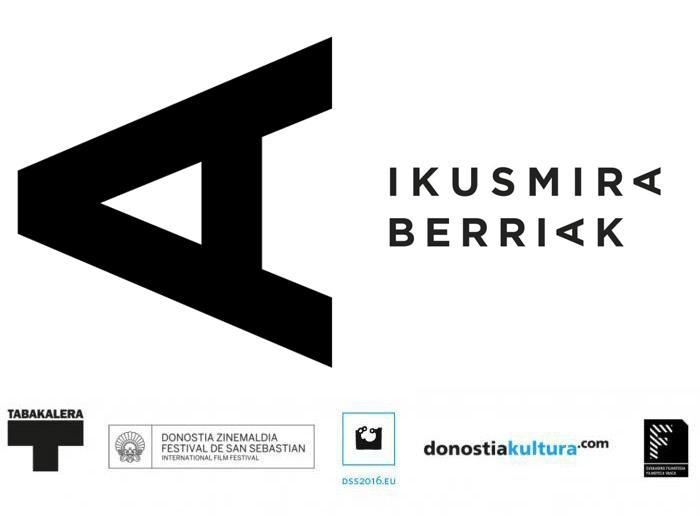