You are in: Home > 2016. 64th Edition  > News > The San Sebastian Festival will promote GLOCAL IN PROGRESS, a Films in Progress for European films in non-hegemonic languages

This year, the San Sebastian Festival will promote a Focus on Glocal Cinemas in the framework of its V Europe-Latin America Co-production Forum. This professional meeting, set in motion with the Glocal Cinemas Network, will be the starting point for the creation of a new Industry activity in 2017, consisting of the exhibition of European films in non-hegemonic languages at the post-production stage to an audience of producers, distributors, sales agents or programmers who can contribute to their completion and international circulation.

This morning, the Director of the San Sebastian Festival, José Luis Rebordinos, and the Deputy Minister of Culture with the Basque Government, Joxean Muñoz, presented both initiatives, the purpose of which is to lend greater visibility to these films, to foster collaborations and to promote both co-productions and the circulation of European films in non-hegemonic languages (those not filmed in English, French, German, Spanish or Italian). The first edition of Focus on Glocal Cinemas, to take place between September 19th and 21st at the San Telmo Museum, will be attended by industry representatives from three Nordic countries: Norway, Iceland and Denmark.

These activities represent the crystallisation of a line of work started in 2014 by the Basque Government. The Department of Education, Language Policy and Culture has promoted meetings and a discussion platform in order that cultural agents may exchange experiences with institutions and professionals from European countries and regions with non-hegemonic languages. In this framework, in 2015 the heads of audiovisual collections in Norway, Estonia, Latvia, Iceland, Finland, Denmark, Poland, Switzerland, Wales, Slovenia, Ireland and the Basque Country, among others, drew up the manifesto Glocal Cinemas: Big Stories, Small Countries, signed by the representatives of institutions in fifteen European countries and regions.

Thanks to this collaboration with the Glocal Cinemas network, the Festival strengthens its support of creation, launched in 2002 with Films in Progress, a pioneer industry activity in its day, which has paved the way for the completion of Latin American productions subsequently presented at the most important film festivals on the international panorama.

"If the link with Latin America was born from a common language, Spanish, in Glocal it is a different language, Basque, that connects us to other countries. Our constant aim at the Festival is to seek out ties that connect us to others and that make us stronger, whether from our similarities or from our differences", explained Rebordinos when presenting the initiative. "Glocal is a European network intended to strengthen cinema in the own languages of each country. Glocal is an open window for the internationalisation of films in the Basque language. Glocal is the commitment to telling global stories in local languages. Glocal is the affirmation of Europe's cultural and linguistic diversity", Muñoz underlined. 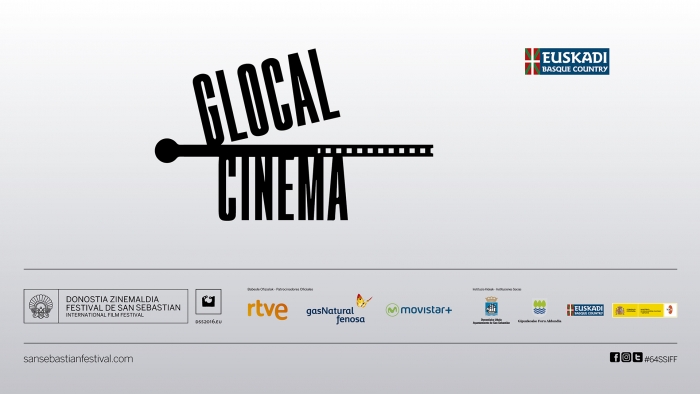