You are in: Home > 2016. 64th Edition  > News > "Snowden", Oliver Stone’s new movie, to be presented in the San Sebastian Festival’s Official Selection, out of competition

The 64th edition of the San Sebastian Festival will present Snowden, Oliver Stone’s new movie, in its Official Selection out of competition. This will be the European premiere of the North American director’s awaited work.

Joseph Gordon-Levitt, star of Inception (2010), Looper (2012), Don Jon (2013) and The Walk (2015) is Edward J. Snowden, the former National Security Agency (NSA) employee who blew the whistle on his country’s mass global surveillance programmes. Alongside him on the cast are Shailene Woodley (The Descendants, 2011, Divergent, 2014), Melissa Leo (Silver Shell for her part in Frozen River in 2008) and Nicolas Cage (Best Actor Silver Shell for Leaving Las Vegas in 1995), among others.

Stone, who partnered with Kieran Fitzgerald to co-write the screenplay based on Luke Harding’s book “The Snowden Files” and Anatoly Kucherena’s “Time of the Octopus”, continues with Snowden to explore controversial North American characters and events: Vietnam with Platoon (1986) and Born on the Fourth of July (1989); the country’s presidencies with JFK (1991) Nixon (1995) and W. (2008); Wall Street (1987); World Trade Center (2006), on 9/11; or his series for television, The Untold History of the United States (2012-2013), also previously screened in full at the Festival.

Snowden narrates the personal ups and downs of the man who leaked NSA documents classified as top secret, today in asylum in Russia.

The film, shot in Germany, the USA, China and Russia, is a Sacha Inc./KrautPack Entertainment production. Open Road will release it in the United States on September 16th. Wild Bunch is responsible for its international distribution and in Spain it will be distributed by Vértigo Films. The film will open in Spanish cinemas on October 7th.

This will be Stone’s seventh visit to the Festival and is the first time one of his films has been programmed for screening in the Official Selection. Three decades ago, in 1986, he inaugurated the Velodrome as an enormous film theatre with Salvador, repeating the experience with Natural Born Killers (1994) and World Trade Center (2006). His films Talk Radio (1989), Looking for Fidel (2004), Alexander:The Ultimate Cut and The Untold History of the United States (2013) were all screened in Zabaltegi. Savages was presented in the Zabaltegi-Pearls section in 2012, the year the New York director - winner of three Academy Awards and five Golden Globes - received the Donostia Award for Life Achievement, coinciding with the Festival’s 60th anniversary.

More titles to take part in the Official Selection will be announced in the coming weeks. 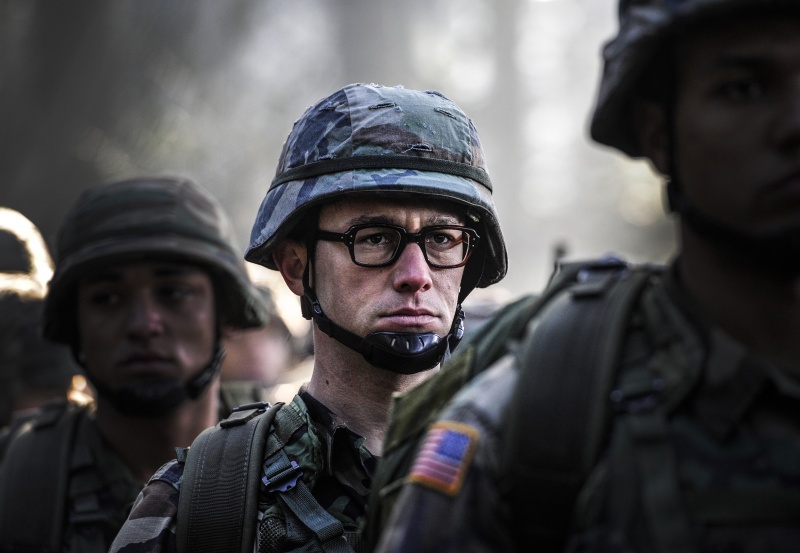 When Edward J. Snowden leaked documents revealing a secret NSA global surveillance programme he opened the eyes of the world and closed the doors of his own future, giving up his career, his long-term girlfriend, and his country. 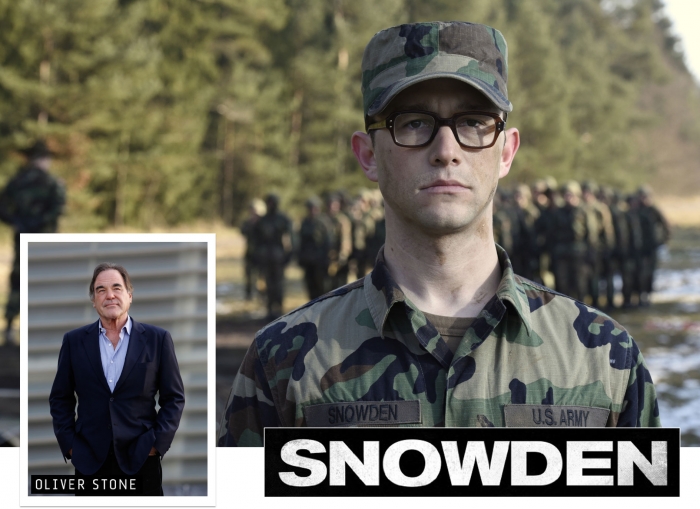