You are in: Home > 2016. 64th Edition  > News > The San Sebastian Festival’s Official Selection will screen the eagerly awaited works of Bertrand Bonello, Fernando Guzzoni, Arnaud des Pallières and Hong Sang-soo, among others

The competition for the Golden Shell at the latest edition of the San Sebastian Festival, running from September 16th to 24th, will have as its protagonists some of the most eye-catching moviemakers on the international panorama. Bertrand Bonello (Nocturama), Fernando Guzzoni (Jesus), Johannes Nyholm (Jätten / The Giant), William Oldroyd (Lady Macbeth), Arnaud des Pallières (Orpheline / Orphan), Miles Joris-Peyrafitte (As You Are) and Hong Sang-soo (Dangsinjasingwa dangsinui geot / Yourself and Yours) join the list of filmmakers whose works will compete in the Official Selection.

Bonello will present Nocturama, a film which has generated great interest in both its director and its subject matter. The filmmaker from Nice won the Fipresci Prize at Cannes for Le pornographe (2001) and three of his latest movies were selected for the French festival’s Official Selection: Tiresia (2003), L’Apollonide.Souvenirs de la maison close / House of Tolerance (2011) and Saint Laurent (2014). Despite not having competed at San Sebastian until now, two of his films were shown as part of the thematic retrospective at the 57th edition, Backwash: Cutting Edge of French Cinema (Tiresia and Cindy, The Doll Is Mine). Nocturama, filmed prior to the November attacks in Paris, tells the tale of a group of youngsters that seem to be following a plan.

Another prominent French filmmaker, Arnaud des Pallières, who participated at Venice with his last two feature films – Parc, in the Orizzonti section (2008) and Michael Kohlhaas (Age of Uprising: The Legend of Michael Kohlhaas, 2013) in the Official Selection at Cannes – will come to San Sebastian for the first time with Orpheline. Sergi López once again figures on the cast, alongside Adèle Haenel (L’Apollonide), Adèle Exarchopoulos (La vie d’Adèle / Blue is the Warmest Colour), Solène Rigot (17 filles) and Gemma Anterton (007: Quantum of Solace) to render four moments in the lives of four women.

The Chilean director, filmmaker and producer Fernando Guzzoni returns to the Festival after winning the Kutxa-New Directors Award in 2012 with his first full-length feature, Carne de Perro (Dog Flesh), the story of a former torturer which went on to land awards at festivals including Valdivia, Gothenburg and Toulouse following its screening at San Sebastian. In Jesus, which was presented at the 2013 Europe-Latin America Co-Production Forum, Guzzoni looks at the relationship between a father and his son; as a backdrop, the portrayal of his country through two generations.

The moviemaker known as the Korean Woody Allen, Hong Sang-soo, presents his latest film, Dangsinjasingwa dangsinui geot / Yourself and Yours, having bagged awards in his latest festival participations: Un Certain Regard at Cannes for Hahaha (2010); the Silver Leopard for Best Director at Locarno for Our Sunhi (2013); and the Golden Leopard once again at the Swiss festival for Right Now, Wrong Then (2015).

As You Are, first feature film by the 23 year old director and actor Miles Joris-Peyrafitte, comes with the acclaim of the US Dramatic Special Jury Award picked up at Sundance. Co-written with Madison Harrison, star of his short film As a Friend (2014), and headlined by Amandla Stenberg (The Hunger Games), Owen Campbell (Conviction) and Charlie Heaton (the TV series Stranger Things), the film explores the friendship between two teenagers and a girl in their class, which unites and separates them, as a police inquiry runs its course.

The Swedish-Danish co-production Jätten / The Giant is the first feature from filmmaker Johanes Nyholm, who helms and writes the movie. The story portrays a man with deformations and psychological disability who sees in a national petanque championship the opportunity to reunite with the mother he was taken from at birth. Nyholm authored the famous short Las Palmas, winner of accolades at festivals in Sweden, Finland and the UK.

These bring the titles known for the Festival’s Official Selection to fifteen. Added to those announced in this press release are Oliver Stone’s Snowden and A Monster Calls by J.A. Bayona, both participating out of competition; the special screenings of Manda huevos and Vivir y otras ficciones (Living and Other Fictions); and the other four competing films: the Spanish productions El hombre de las mil caras (Smoke amd Mirrors) by Alberto Rodríguez, Que Dios nos perdone (May God Save Us) by Rodrigo Sorogoyen and La reconquista (The Reunion) by Jonás Trueba, in addition to American Pastoral, the directorial debut by Ewan McGregor. The remaining titles making up the Official Selection will be announced in the coming weeks.

As You Are
Miles Joris-Peyrafitte
Country(ies) of production: USA

Jack is a high school student who lives with his single mother Karen in a nondescript suburban town. Considered a social outcast and loner, Jack is friendless until Karen's new boyfriend Tom moves in and brings his son Mark into their lives. The two outsiders quickly bond and form a tight friendship and, after a chance encounter at a diner, bring fellow student Sarah into their group. The three teens become each other's saving grace until changing relationships and emerging secrets force them to look at themselves and see how far they are willing to go to live the lives they choose. 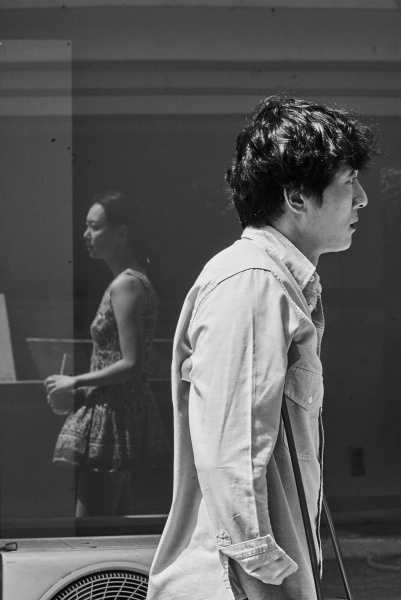 Painter Young-soo hears that his girlfriend Min-jung has been drinking and fighting with another man. That night they argue, and Minjung leaves, saying they should stop seeing each other for a while. The next day, Young-soo sets out to look for her, but to no avail. Meanwhile, in his hometown of Yeonnam, Min-jung, or women who look identical to her, have meetings with different men. Young-soo wanders the streets fighting with himself, which is the same as fighting with the world. 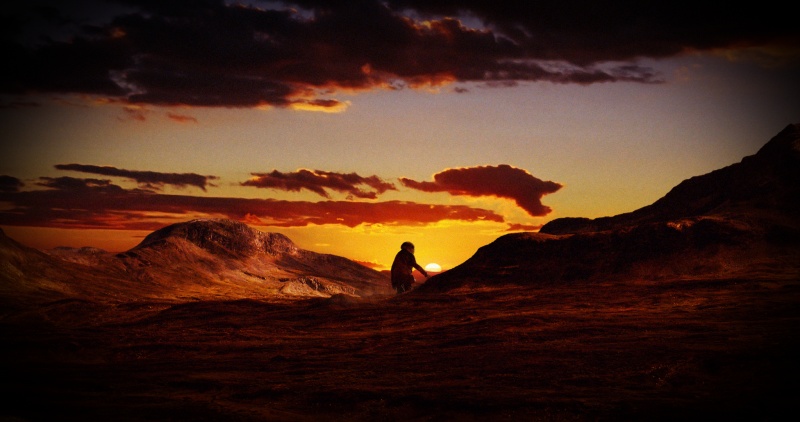 Rikard is an autistic and severely deformed man who tries to find his way back to his long lost mother through the game of pétanque and using the help of a 200 foot giant. His fragile physique and a harsh judging environment makes everyday life tough for him. Convinced that his mum will take him back if only he wins the Nordic championship of pétanque, Rikard tries to do the impossible. 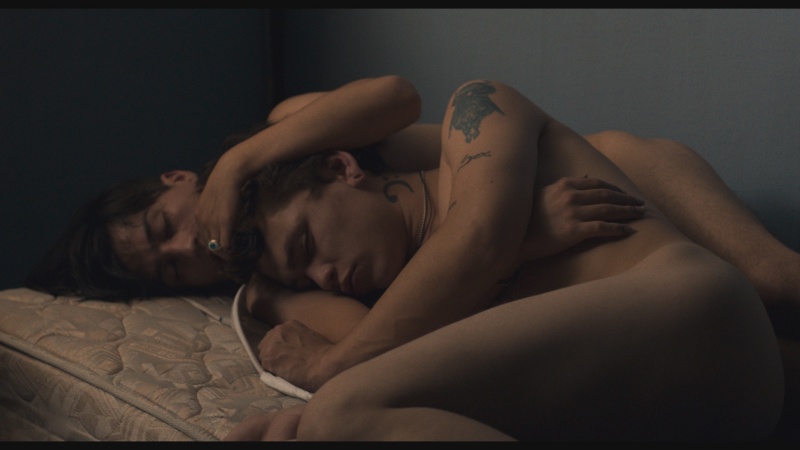 Santiago, Chile. Jesús, 18, lives alone with his father Hector in a flat where the TV covers up their inability to communicate. The rest of the time, he dances in a K-pop band, hangs out with friends and does drugs, watches trashy clips and has sex in public places, looking for a thrill. One night, he finds it with his friends, being involved in an irreversible misadventure. 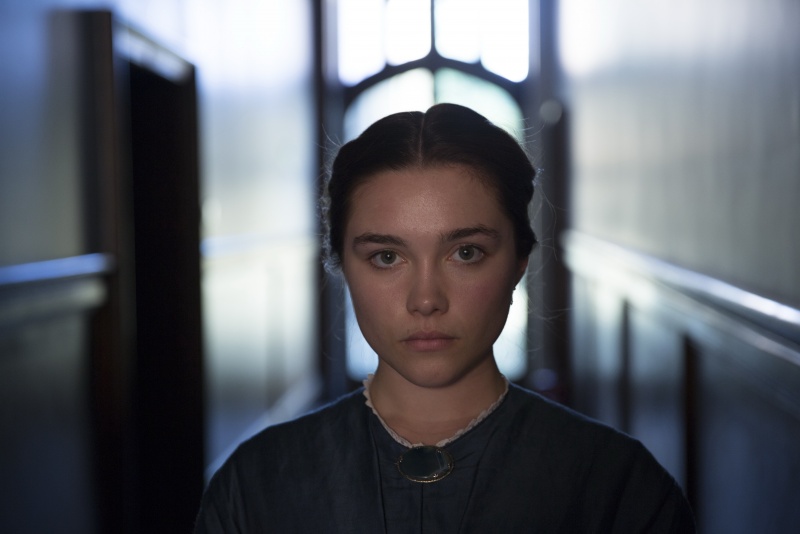 Rural England, 1865. Katherine is stifled by her loveless marriage to a bitter man twice her age, and his cold, unforgiving family. When she embarks on a passionate affair with a young worker on her husband's estate, a force is unleashed inside her so powerful that she will stop at nothing to get what she wants. 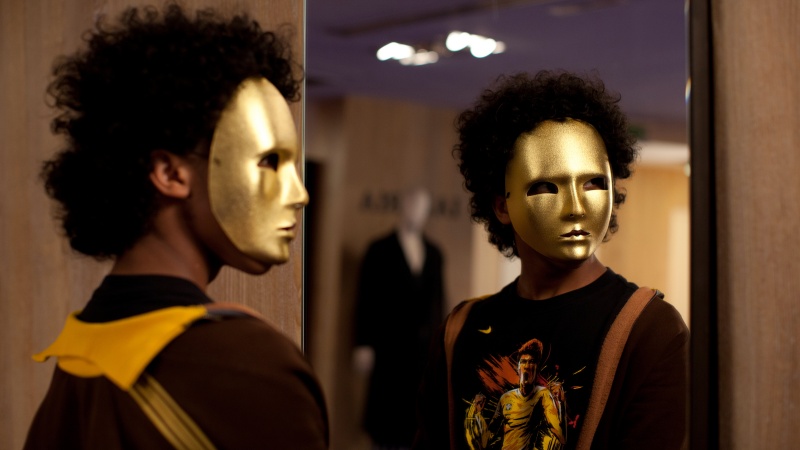 One morning in Paris. A fistful of adolescents, from different backgrounds. Individually, they begin a strange dance through the labyrinth of the metro and the streets of the capital. They seem to be following a plan. Their gestures are precise, almost dangerous. They come together in the same place, a department store, at closing time. Paris erupts. The night begins... 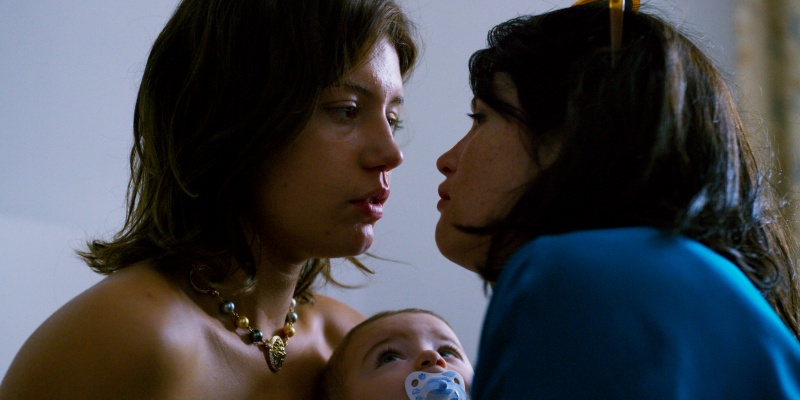 Four moments in the lives of four female characters. A little girl from the countryside, playing a game of hide and seek that turns to tragedy. A teenager, caught in an endless succession of runaways, men and mishaps, because anything is better than her desolate family home. A young woman who moves to Paris and has a brush with disaster. The grown-up at last, an accomplished woman, who thought she was safe from her own past. Gradually, these characters come together to form a single heroine. 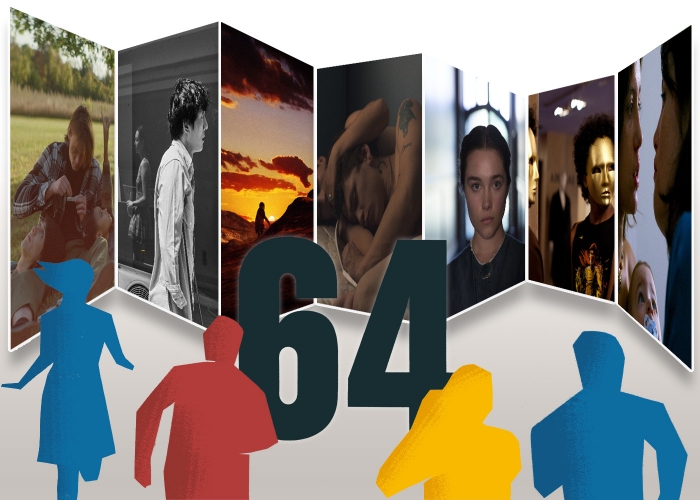