Jaeger-LeCoultre is proud to sponsor the San Sebastian Festival for the fifth year running. This year, La Grande Maison consolidates its presence at the event by giving the “Jaeger-LeCoultre Latin Cinema Award” to a prominent figure in the Latin cinema world.

In this first edition the award will go to the film actor, director and producer Gael García Bernal. It will be given at the Gala presenting Pablo Larraín’s Neruda, in which he co-stars, scheduled for screening in the Festival’s Pearls section.

In the words of the Festival director, José Luis Rebordinos, “the creation of this award represents a new landmark in the Festival’s relationship with the Latin world, making for even stronger ties with its film industry while expressing appreciation for our filmmakers’ work”.

Gael García Bernal will receive the “Jaeger-LeCoultre Latin Cinema Award” on September 17 at the gala in San Sebastian’s Victoria Eugenia Theatre. The Award will be presented by Laurent Vinay, International Communications Director at Jaeger-LeCoultre.

This will be Gael García Bernal’s third visit to the Festival since he came with his debut film, Amores perros, selected in 2000 for Zabaltegi, repeating the experience the following year to coincide with the presentation of two of his works: Y tu mamá también (And Your Mother Too) by Alfonso Cuarón, which brought Made in Spanish to a close following its screening at Venice, and Vidas privadas (Private Lives) by Fito Páez, which competed in Zabaltegi for the New Directors Award.

A creative vision. A perfect combination of technical excellence and artistic discernment. The Haute Horlogerie and film worlds share many similarities. Whether in the manufacturing workshops or behind the scenes when making a film, the craftsmen and artists are connected by an identical passion and an identical creative drive: to guarantee that every second captures a moment of eternity. This is precisely why Jaeger-LeCoultre has been actively involved in promoting the seventh art for the last 10 years. The brand lends remarkable support to directors by means of its “Glory to the Filmmaker Award” presented for the last ten years at the Venice International Film Festival. In 2013, Jaeger-LeCoultre also set up active support for the cinematographic community and its new generation of moviemakers on joining forces with the Film Society of Lincoln Center to create the “Filmmaker in Residence” Programme. Thanks to its links to the Shanghai Film Festival, Jaeger-LeCoultre participates in the restoration of historic Chinese films, a precise, detailed and passionate task mirrored in the art of watchmaking. The brand also lent its support to Carmen Chaplin, Jaeger-LeCoultre ambassador, for the production of a short film entitled A Time For Everything.

Having worked as an actor since childhood in Mexico, Bernal made his feature film debut in Alejandro Gonzalez Iñarritu's Academy Award-nominated Amores Perros. It was selected in Zabaltegi (2000). His breakthrough performance in the universally acclaimed film earned him a Silver Ariel Award (Mexico's equivalent of the Oscar) as well as a Silver Hugo Award at the Chicago International Film Festival, both as Best Actor.

Bernal’s next film role was in another globally celebrated feature, Alfonso Cuaron's Academy Award-nominated Y tu mamá también (And Your Mother Too), starring opposite his lifelong friend Diego Luna. For their performances, the two friends were jointly voted the Marcello Mastroianni Award at the Venice International Film Festival. The film closed Made in Spanish section. In 2008 he starred alongside Diego Luna again in Rudo y Cursi.

He subsequently starred in the title role of Carlos Carrera's Academy Award-nominated romantic drama El crimen del Padre Amaro (The Crime of Father Amaro), which competed in the Official Section in 2002. His performance earned him the Silver Goddess Award for Best Actor from the Mexican Cinema Journalists, as well as a nomination from the Chicago Film Critics’ Association for Most Promising Performer.

Since 2004, Gael Garcia Bernal has starred in important films like The Motorcycle Diaries (Diarios de una motocicleta) directed by Walter Salles and selected in Pearls, La mala educación (Bad Education) directed by Pedro Almodóvar, screened in Made in Spain, and Babel directed by Alejandro Gonzalez Iñárritu, again in the Pearls section.

Bernal received a BAFTA and Satellite Award nomination in 2005 for Best Actor for his work in The Motorcycle Diaries.

In 2006, Bernal was recognized by BAFTA again with a nomination in the Rising Star category, acknowledging new talent in the acting industry.

In addition to acting, Gael Garcia Bernal has taken on the roles of both director and producer. After directing short films in collaboration with Amnesty International, he directed his first feature Déficit in 2007. He also founded the production company Canana, with his close friend, actor Diego Luna and producer Pablo Cruz. They also run the Ambulante documentary film festival.

In 2009 Bernal starred in “Limits of Control” (Los limites del control) with Tilda Swinton and directed by Jim Jarmusch, selected in Pearls, as well as Mammoth” (Mamut) with Michelle Williams and directed by Lukas Moodysson. In 2010, he starred in Even the Rain directed by Icíar Bollaín and Letters to Juliet (Cartas a Julieta) with Amanda Seyfried. He also starred in Casa de Mi Padre with Will Ferrell and Diego Luna as well as in A Little Bit of Heaven starring alongside Kate Hudson and Kathy Bates. Bernal has also starred in the film No directed by Pablo Larrain which premiered at the Directors’ Fortnight in Cannes, was selected in San Sebastian in the Pearls section and was released in LA and NY in 2013. Also in 2013, he starred in Who is Dayani Cristal? which premiered at the 2013 Sundance Film Festival and was screened in Horizontes Latinos. Other film credits include Fernando Meirelles’ Blindness and Michel Gondry’s La science des rêves (The Science of Sleep).

Most recently, Bernal starred in Jon Stewart’s biopic Rosewater and Pablo Fendrik's El ardor (Ardor). Bernal can next be seen in Desierto, which will be released on October 16th, 2016. Desierto is directed by Jonas Cuarón and also premiered at the 2015 Toronto International Film Festival. His next film, Neruda, which premiered at the 2016 Cannes Film Festival, is set to be released in winter, but before it will screen in the Pearls section in San Sebastian. Bernal can also be seen in Zoom, and Eva No Duerme, which premiered at the 2015 Toronto and San Sebastian Film Festival, competing in the Official Section, as well as Me Estás Matando, Susana, which will released in Mexico in September 2016. Bernal recently directed and wrote one of the six 15 minute vignettes in Madly, an international anthology of six short films exploring love in all its permutations, which premiered at the 2016 Tribeca Film Festival. Bernal’s hit Amazon comedy Mozart in the Jungle will return for its third season in December 2016. 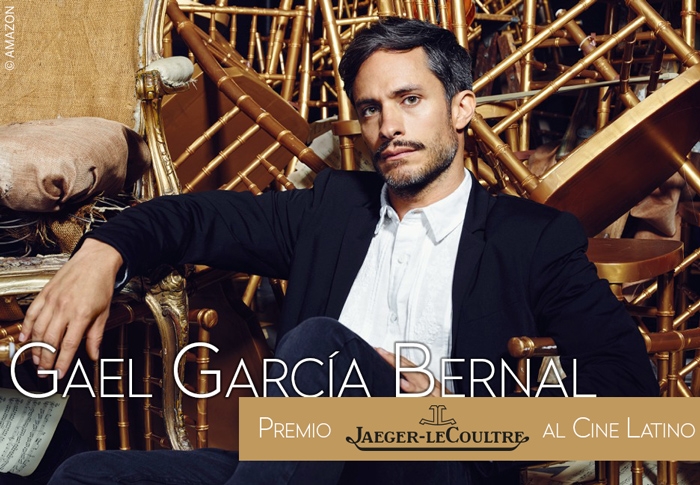