The 64th edition of the San Sebastian Festival will come to a close with the world premiere screening of L’Odyssée / The Odyssey, a film on the life of Jacques Cousteau, written and directed by Jérôme Salle.

The film looks at the adventures of Cousteau, pioneer of underwater exploration and filming, and his son Philippe, a personal journey which seriously dented their relationship due to the progenitor’s impossible dreams. The screenplay is based on the books Mon père, le Commandant Jacques-Yves Cousteau, by Jean Michel Cousteau, and Capitaine de la Calypso, by Albert Falco.

Figuring on the filmography of Jérôme Salle (Paris, 1971) are the screenplay of The Tourist (helmed by Florian Henckel von Donnersmarck and headlined by Johnny Depp and Angelina Jolie), and the directing of Anthony Zimmer, a César nominee for best first feature film starring Sophie Marceau; The Heir Apparent: Largo Winch,with Tomer Sisley and Kristin Scott Thomas; and Zulu, featuring Orlando Bloom and Forest Whitaker, closing film of Cannes 2013.

L’Odyssée / The Odyssey stars Lambert Wilson, Pierre Niney and Audrey Tautou in the parts of Cousteau, his son Philippe and his wife, respectively. Wilson’s career includes works for Xabier Beauvois (Des hommes et des dieux / Of Gods and Men, winner of the Grand Prix du Jury at Cannes in 2010) and André Téchiné (Rendez-vous, Best Director Award at Cannes in 1985). This will be his second visit to San Sebastian, having attended the Festival in 2007 for the screening of Michael Radford’s Flawless, closing film of the Official Selection.

L’Odyssée / The Odyssey, with a Budget of 35 million euros, is a French-Belgian co-production by Pan Européenne and Fidélité Films, to be distributed by Wild Bunch.

The film will be screened out of competition on September 24th, following the Festival closing gala. 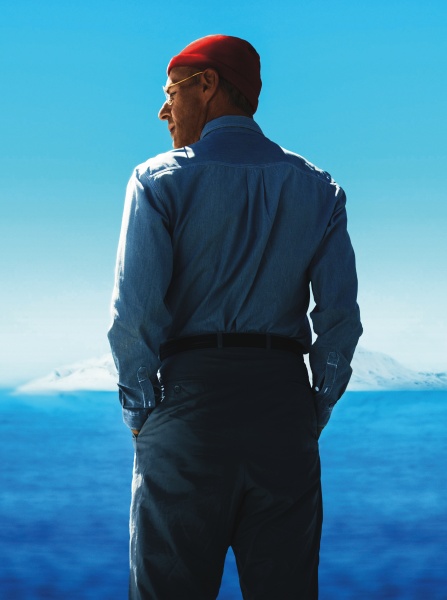 Legendary explorer Jacques Cousteau and estranged son Philippe embark on their greatest adventure. Aboard the Calypso, they will find each other - before tragedy strikes.