La fille de Brest / 150 Milligrams is based on novel “Mediator 150 mg” by Irène Frachon, a doctor who discovered in a Brest hospital the direct relationship between a drug and a number of suspicious deaths. Frachon sets out single-handed on a crusade to reveal the truth.

Emmanuelle Bercot (Paris, 1967), filmmaker, actress and screenwriter, has acted under the orders of directors such as Olivier Assayas and Bertrand Tavernier and landed Best Actress in Cannes last year for Mon roi (My King), by Maïwenn. At for her work at the helm, last year the Cannes Festival opened with her fourth feature film, La Tête haute (Standing Tall), where she also sounds out the French social system. The moviemaker’s third film, Elle s'en va (On My Way), premiered at the Berlinale.

The actress Sidse Babett Knudsen (Copenhagen, 1968), who plays the part of Irène Frachon, has performed under the orders of Susanne Bier, three-time competitor in San Sebastian’s Official Selection. Last year she won the Best Supporting Actress César for her part in L’Hermine (Courted), directed by Christian Vincent, which premiered in Venice. Her part in the series Borgen, about the dilemmas faced by Prime Minister Birgitte Nyborg, has earned her enormous popularity as an actress.

La fille de Brest / 150 Milligrams is a Haut et Court production, and its world distribution corresponds to Wild Bunch. In Spain, where it will be distributed by Caramel, it will be released in December. 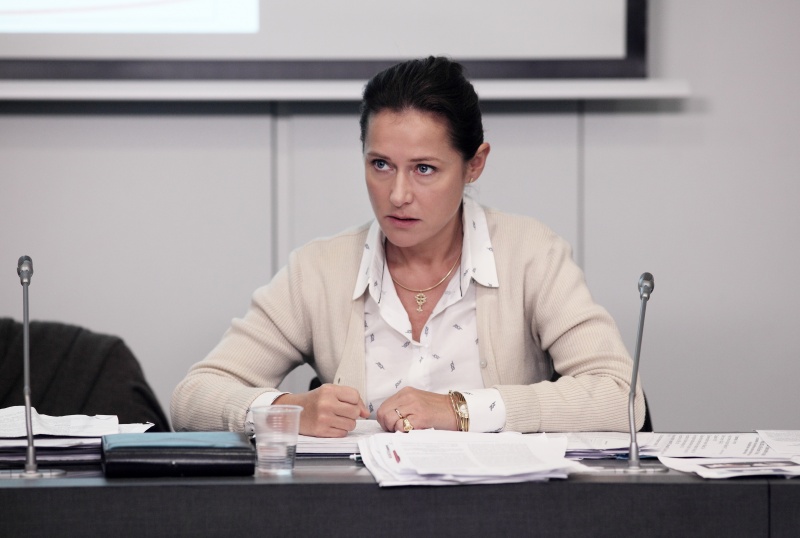 Based on the book by Irène Frachon Mediator 150mg. In the hospital where she works in Brest, France, a lung specialist discovers a direct link between suspicious deaths and state-approved medicine. She fights single-handedly for the truth to come out. The story of Irène Frachon, who broke the MEDIATOR scandal.