You are in: Home > 2016. 64th Edition  > News > Baltasar Kormákur, Feng Xiaogang and Lee Sang-il, join others to compete for the Golden Shell at the 64th edition of the San Sebastian Festival

Five moviemakers enter the competition for the Golden Shell. The films Eiðurinn / The Oath by Baltasar Kormákur, Ikari / Rage by Lee Sang-il, Plac zabaw / Playground by Bartosz M. Kowalski, El invierno (The Winter) by Emiliano Torres and Wo Bu Shi Pan Jinlian / I Am Not Madame Bovary by Feng Xiaogang round off the competitive Official Selection at the San Sebastian Festival’s 64th edition.

The films by Lee Sang-il (Niigata, Japan, 1974) have repeatedly earned the recognition of his country’s Film Academy. Hula Girls (2006) was also selected to represent Japan at the Academy Awards, and in 2013 he penned Yurusarezaru mono / Unforgiven, a Japanese remake of the homonymous American movie. His fourth film, Ikari / Rage, stars popular actor Ken Watanabe, an actor known for his fine performances in films including Inception, Batman Begins, The Last Samurai, for which he landed an Academy Award nomination, and Letters From Iwo Jima; Satoshi Tsumabuki (Nie Yinniang / The Assassin); and Aoi Miyazaki (Like Someone in Love). Based on Shuichi Yoshida’s novel of the same name, a fugitive assassin puts the wind up three couples in three different Japanese towns.

Filmmaker Baltasar Kormákur (Reykjavik, 1966), whose career has developed in both Iceland and the USA, will present Eiðurinn / The Oath, about a heart surgeon obliged to take drastic steps to foil the attitude of his daughter’s boyfriend, a powerfully manipulating drug trafficker. Kormákur competed in the Official Selection of the 2001 Festival with Hafid / The Sea. Among his most noteworthy films are 101 Reykjavík (2000), Jar City (2006), The Deep (2012) and Everest (2015), opening movie of the Venice Festival.

Feng Xiaogang (Pekin, 1958) is a recognised filmmaker both inside his country and beyond its borders. The Banquet (2006) competed at Venice, Assembly (2007) harvested more than 25 awards, and Aftershock (2010) was China’s candidate for the Best Foreign Language Film Academy Award. He has also participated in North American productions such as Iron Man 3 (2013), X-Men: Days of Future Past (2014) and The King's Daughter (2016), shortly to be released. In Wo Bu Shi Pan Jinlian / I Am Not Madame Bovary he brings a caustic contemporary fable starring the popular actress Fan Bingbing, with whom Xiaogang has already worked in several of his films.

Having shot two documentaries for the HBO network, Moja Wola / A Dream in the Making and Niepowstrzymani / Unstoppables, Bartosz M. Kowalski (Gdynia, Poland, 1984) turns for the first time to fiction with Plac zabaw / Playground. Inspired in true facts, the movie focuses on the last day at school in a small Polish town to explore what lies beneath the crimes committed by children and adolescents.

Emiliano Torres (Buenos Aires, 1971) debuts in directing after having worked as a screenwriter and assistant director with Marco Bechis, Miguel Courtouis and Emanuele Crialese, among others. In El invierno (The Winter), a co-production between Argentina and France, winner of this year’s Films in Progress in Toulouse, he looks at the difficulties suffered by a foreman sacked from his job and his substitute, a younger ranch hand.

Six first works will compete for the Golden Shell. The movies by Kowalski and Torres join the proposals of the North American Miles Joris-Peyrafitte (As You Are), the Scotsman Ewan McGregor (American Pastoral), the Swede Johannes Nyholm (Jätten / The Giant) and the British William Oldroyd (Lady Macbeth).

Tomorrow we will announce the remaining special screenings for his year’s Official Selection.

Finnur is a successful heart surgeon and father of two. His family's life begins to unravel when his daughter, Anna gets mixed up with a manipulative drug-dealing boyfriend. As the boyfriend's grip tightens around Anna and the entire family, Finnur is forced to take drastic measures. 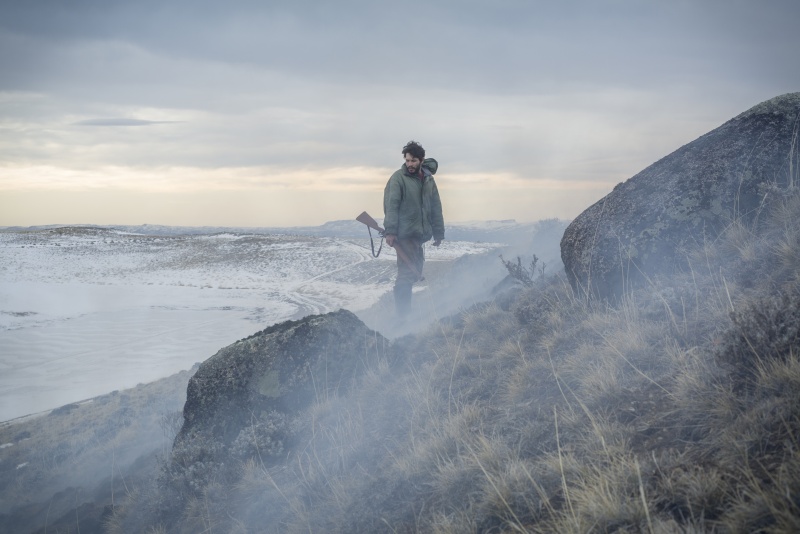 The old foreman of a Patagonian ranch is fired from his job. A younger ranch hand takes his place. The change won’t be easy for either of them. Each, in his own way, must survive the coming winter. Debut film. 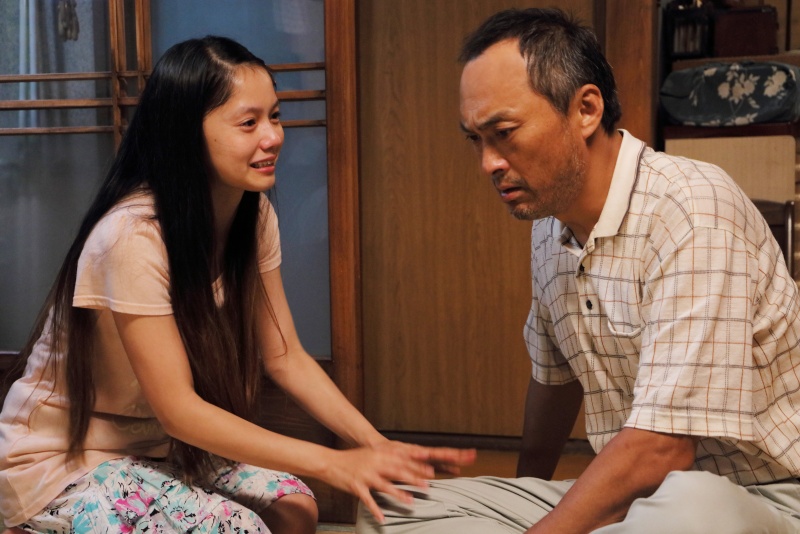 On one wall of the room where the brutally murdered bodies lay in, the word "rage" has been spelled out in the blood of the victims. A year passes, but the murderer is not found. The case erodes people's ability to "trust" in others, particularly that of three pairs of people in a fishing village, Tokyo, and Okinawa, who have recently befriended someone with a mysterious past. Beyond lost trust lies rage - an emotion apt to turn violent and expose, in unforeseen ways, the mystery behind a murder. 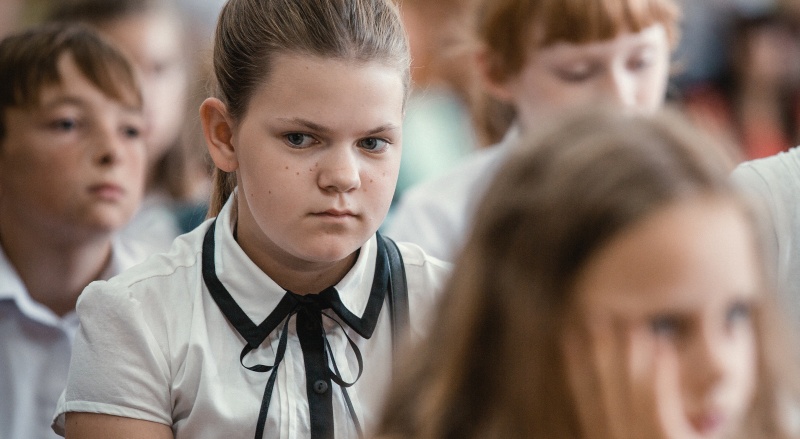 Final day of school in a small Polish town. It's the very last chance for 12 year old Gabrysia to tell her classmate that she has fallen in love with him. She sets up a secret meeting and blackmails her love interest to show up. But what was supposed to be an intimate talk spins out of control and leads to an unexpected ending. The film poses not only an obvious question: what lies behind crimes committed by children, but also whether we are able to find an answer at all. 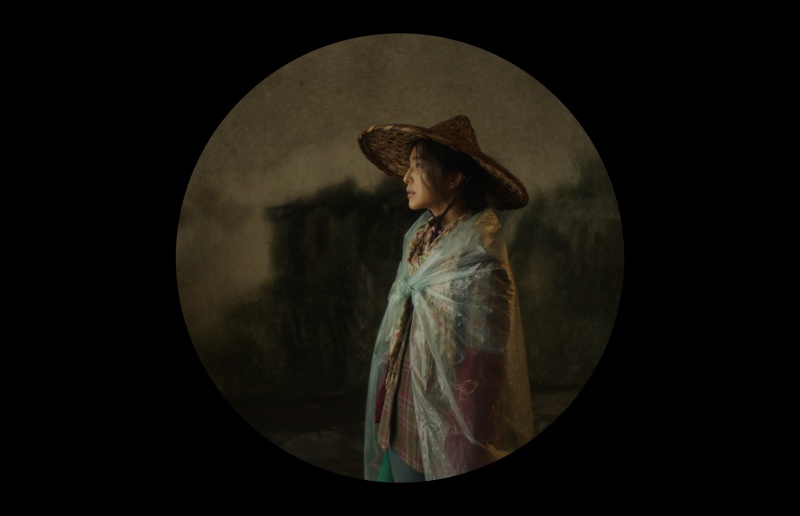 Wo Bu Shi Pan Jinlian / I Am Not Madame Bovary
Xiaogang Feng
Country(ies) of production: China

Li Xuelian stages a fake divorce to secure an apartment only for her husband to unexpectedly remarry. After Li protests to the courts without success, she sets out on an absurdist ten-year journey.

Download pictures in high resolution
Baltasar Kormákur, Feng Xiaogang and Lee Sang-il, join others to compete for the Golden Shell at the 64th edition of the San Sebastian Festival