Log-in to My Festival | New user
My Festival
My Invoices
Virtual pressbox
• All films
Log-in details
Contact
CONTENT
You are in: Home > 2016. 64th Edition  > News > The XV International Film Students Meeting will include masterclasses by Bonello, Périot and Tverdovsky

Filmmakers Bertrand Bonello, Jean-Gabriel Périot and Ivan I. Tverdovsky will give masterclasses as part of the XV International Film Students Meeting at the San Sebastian Festival.

Bonello (Nice, France, 1968), who will compete in this year’s Official Section with Nocturama and in Zabaltegi-Tabakalera with the short film Sarah Winchester, opéra fantôme, will present a free-spirited dissertation at the Meeting to students from film schools in Argentina, Belgium, France, Germany, Israel, Lithuania, Mexico, Poland, Romania, Russia, Serbia, Spain and the United Kingdom, in addition to any members of the general public who wish to attend. The masterclass will take place on Tuesday 20th, from 12:15 to 14:00, in the Tabakalera cinema.

For his part, Jean-Gabriel Périot (Bellac, France, 1974), author of Une jeunesse allemande / A German Youth, opening film of last year’s Panorama section at the Berlinale also selected for Zabaltegi, will give a masterclass from 17:00 to 18:30 in the same place with a similiarly free approach to the theory and praxis of filmmaking. His second film, Lumières d’été - Natsuo no hikari / Summer Lights, is a contender in the New Directors competition.

Zabaltegi-Tabakalera section will include the participation of Ivan I. Tverdovsky (Shelkowo, Russia, 1988) with his second film, Zoology. Tverdovsky will give a conference on Friday 23rd, from 11.30 to 14:00, in which he will explain his experience with short films and his process of transition to feature-length movies. The occasion will include screening of his works As If Waiting For A Bus (2009), his film school graduation work, Snow (2011), starring Natalya Pavlenkova, the actress of Zoology, and Space Dog (2012), which competed in Amsterdam and was selected for different documentary film festivals worldwide.

All of the masterclasses given at the International Film Students Meeting are free of charge. Admission is free until all seats are taken, with priority for students and accredited Festival guests. 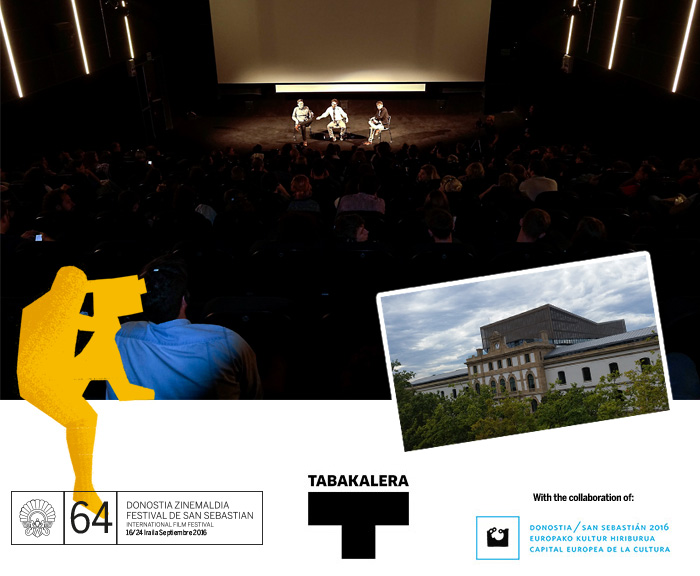