Tickets for screenings at the 64st edition of the San Sebastian Festival will go on sale on two staggered dates:

Tickets can also be purchased from the following box offices: Victoria Eugenia Theatre, Tabakalera, Príncipe Cinemas (from the 16th) and Trueba and Antiguo Berri Cinemas (from the 17th). Tickets for the Antonio Elorza Velodrome will also be available for purchase from the Antonio Elorza Velodrome box office two hours before the start of the screenings.

Purchases are limited to a maximum of 4 tickets per showing and person. On purchasing 10 tickets or more for screenings priced €7.20, a discount of 25% will be applied in all sales channels and box offices as far as they are acquired on the same purchase.

Tickets bought from Friday the 9 at 09:00 can either be printed at home or downloaded onto your phone, meaning that you can enter the venue with no need to collect your tickets from the box office. This system applies to the second afternoon showings and evening screenings of Official Selection films in the K1 and to the Velodrome sessions.

Tickets for screenings at the San Telmo Museum will be free. The invitations have to be withdrawn at the Zinemaldi Plaza Ticket Desks.

On the other hand, young holders of Kutxabank's Gazte cards (Gaztekutxa, Visa K26 and Vital Gazte) will benefit from 50% discount on the ticket price, except for Galas in the K1 and screenings at the Antonio Elorza Velodrome. Holders of these cards will only pay €1 for films subtitled in Basque.

The organisation guarantees that a number of seats for the afternoon and evening Official Selection screenings will go on sale from 17:00 on the day of screening at the Kursaal Centre box office.

Tickets, once purchased, cannot be exchanged or refunded, except in the case of changes to the programme or cancellation by the San Sebastian Festival. In such cases the amount will be refunded or the ticket exchanged for another at the box office of the cinema at which the incident has occurred or at the Zinemaldi Plaza ticket desks.

Entry to the cinemas is not permitted once the screening has started.

The Film Guide listing all the Festival screenings will be available for purchase, at the price of €1.50 from Saturday 10 September at the Kursaal information stands, beside the box office, and in the Plaza de Okendo. The Guide will also be available at major newspaper stands throughout the city, in towns all over Gipuzkoa and in Donostia Turismoa from September 11.

All information on the programme will also be available from Saturday 10 September on the Festival website, www.sansebastianfestival.com

Details of box office opening hours, methods of payment, discounts and ticket conditions of sale can be consulted in the "Tickets" section. 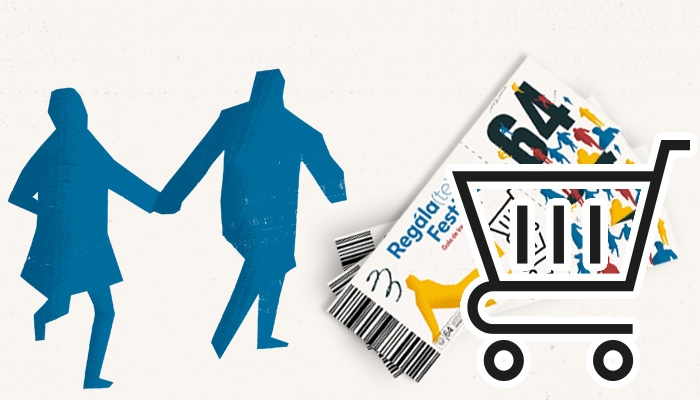