You are in: Home > 2016. 64th Edition  > News > Emma Suárez, Mireia Gabilondo and Cayetana Guillén Cuervo to present the Opening Gala at the 64th edition of the San Sebastian Festival

Actresses Emma Suárez, Mireia Gabilondo and Cayetana Guillén Cuervo will host the Opening Gala of the San Sebastian Festival’s 64th edition, to take place on September 16th at 21:00 in the Kursaal Auditorium.

The gala directed by the actor, producer and screenwriter Patxi Barco, master of ceremonies of previous editions, will revolve around three LED screens furnishing the atmosphere for the gala and interacting with events on stage, including a dance performance opening the ceremony. The images brought to us by the creators of audiovisual content, Romera, will take their inspiration from the design of the poster for this 64th edition, designed by Jorge Elósegui, from Estudio Primo. According to Barco, the opening gala will act like the “cover” of the book of this latest edition of the Festival, “packed with stories to tell”. The composition “Munduko loreak” by Xabier Zabala will once again provide the soundtrack.

There will also be a nod to the 60th anniversary of TVE, sponsor and travelling companion of the Festival, and also to San Sebastian as European Capital of Culture 2016 and particularly its project Kalebegiak, the collective film produced by San Sebastian 2016, European Capital of Culture and Moriarti Produkzioak (Loreak), to have its premiere at the Velodrome on September 21st, in the framework of the Festival.

Presentation of the Official Jury and words by its Chair, the Danish filmmaker Bille August, will serve as the prelude to the end of the gala, which will come to a close with the team of the opening film. La fille de Brest / 150 milligrams will be presented by its director, the French moviemaker Emmanuelle Bercot (La Tête haute / Standing Tall), and its leading character, the Danish actor Sidse Babett Knudsen (Borgen).

The Opening Gala will be broadcast live by La 2 and ETB1. 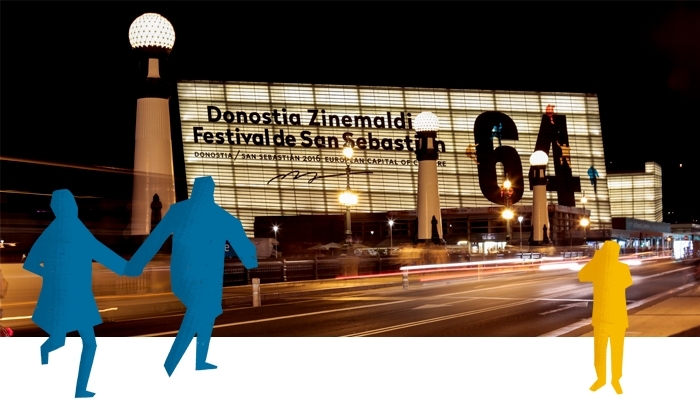