Actor and filmmaker Ramón Barea will receive this year’s Zinemira Award presented by the San Sebastian Festival together with the producers associations EPE/APV and IBAIA to the career of an outstanding Basque cinema personality. The Zinemira Award will be presented during the Basque Film Gala / ETB Gala on September 20th at the Victoria Eugenia Theatre, prior to the premiere of the documentary Agirre lehendakaria and the full-length feature, Igelak.

Ramón Barea was born in Bilbao in 1949. Self-taught (but he’d rather have had teachers), he was an altar boy in his parish church, kettledrum player, and dog matador in Bilbao’s Plaza Nueva. Having had a passion for acting from a very young age, in the seventies he joined the Cómicos de la Legua and Karraka, two independent theatre groups in the Basque Country, of which he was the founder and actor. Before dedicating himself full-time to the world of show business at the age of 24, he was an employee, civil servant and student of Educational Sciences. In addition to his work on stage, Barea is a fine playwright and theatre director.

Highlights of this period are shows including the musical Bilbao Bilbao, Oficio de Tinieblas 5 based on texts by Camilo José Cela, Okupado, Euskadifrenia, Ubú Emperatriz, La Palanca Gran Cabaret, Hoy última función, The Man Who Mistook His Wife For a Hat, Orquesta de señoritas and so on up to almost a hundred.

His latest theatre works are the monologue On the Harmful Effects of Tobacco by A. Chekhov, his performance as Max Estrella in Luces de Bohemia with the company Ur Teatro, as Prospero in Shakespeare’s Tempest and as Menenius in Coriolanus, both directed by Helena Pimenta, and as Don Quixote in Morir cuerdo y vivir loco, written and directed by Fernando Fernán Gómez for the National Drama Centre and the Aragón Drama Centre. He also participated in El chico de la última fila and Cartas de amor a Stalin by Juan Mayorga, once again with the company Ur.

Outstanding among his theatre works are Jerónimo López Mozo’s Puerta del Sol, directed by Juan Carlos Perez de la Fuente, where he plays Benito Pérez Galdós, and Beaumarchais by Sacha Gitry in the version by Josep Maria Flotats, where he embodies Louis XV. He was also Focas the tyrant in Calderón’s En la vida todo es verdad y mentira with the National Classical Theatre Company under the orders of Ernesto Caballero. Under the latter he also played the part of Montenegro in Las Comedias Bárbaras.

As a theatre director his latest works are The Man Who Mistook His Wife For a Hat, based on the essay by neurologist Oliver Sacks, and The Dice Man by Luke Rhinehart, for which he also created the playwriting. He similarly directed El buscón for Templanza Producciones, Howard Zinn’s Emma for the Arriaga Theatre in Bilbao, a new run of the musical Bilbao, Bilbao, Ecografias by Karmele Jaio for Makiescénica, Escencia Patria for the Pabellón 6 Theatre Laboratory and Jean Anouilh’s Orquesta de Señoritas and Romeo and Juliet for the Pabellón 6 Youth Company.

One particular feature of his professional career is that he has never had, and still doesn’t have, a manager.
In films, he began his career in La fuga de Segovia with a whole generation of Basque actors and technicians in 1981, going on to participate nonstop in more than 100 films and around fifty shorts. These include Todo por la pasta (1991) by Enrique Urbizu; Blancanieves (2012) by Pablo Berger; La muerte de Mikel (1984); Adiós, pequeña (1986) and El rey pasmado (The Dumbfounded King, 1991) by Imanol Uribe, Muertos de risa (Dying of Laughter, 1999), La comunidad (Common Wealth, 2000) and 800 balas (800 Bullets, 2002) by Álex de la Iglesia; Silencio roto (Broken Silence, 2001) by Montxo Armendáriz; La madre muerta (The Dead Mother, 1993) by Juanma Bajo Ulloa; Cuando vuelvas a mi lado (1999) and Siete mesas de billar francés (Seven Billiard Tables, 2007) by Gracia Querejeta; Negociador (2014) by Borja Cobeaga; and Un otoño sin Berlín (An Autumn Without Berlin, 2015) by Lara Izagirre.

In television he has had parts in several of the most popular series of recent years, including: Compañeros, Periodistas, Aquí no hay quien viva, Hospital Central, Policías, en el corazón de la calle, Plan América or Acusados and mini-series such as Adolfo Suárez or Yo soy el solitario. For ETB he created the mise-en-scène for the programme Detrás del Sirimiri, also directing and coordinating the scripts of Flamingo Berria. He was also a member of the iconic Spanish TVE network programme El peor programa de la semana directed by Fernando and David Trueba.

As a film director he debuted in 1996 with the short film Adiós Toby, adiós, selected for the Critics’ Week at the Cannes Festival, to which he also took his second short, Muerto de amor. As a full-length filmmaker he debuted in 1999 with Pecata minuta, starring Elena Irureta and Mariví Bilbao. His next film at the helm, and his last to date, was El coche de pedales, in 2004, with Álex Angulo. He has also made documentaries on the performing arts and theatre work processes with the company Ur.

Among the numerous awards received over his career are particularly a Special Mention received at Huelva Latin America Film Festival for Enrique Gabriel’s En la puta calle (1997), and the award bestowed by the Festival du Cinéma Espagnol de Toulouse Midi-Pyrénées for El coche de pedales. In theatre he has been awarded the Bilbao Critics’ Ercilla Award five times for his different works as a director. He made it to Hollywood’s Academy Awards for his participation in the short by Borja Cobeaga, Éramos pocos.

His other accolades include the Basque Actors’ Union Award, the Max Performing Arts Award and the National Theatre Award. 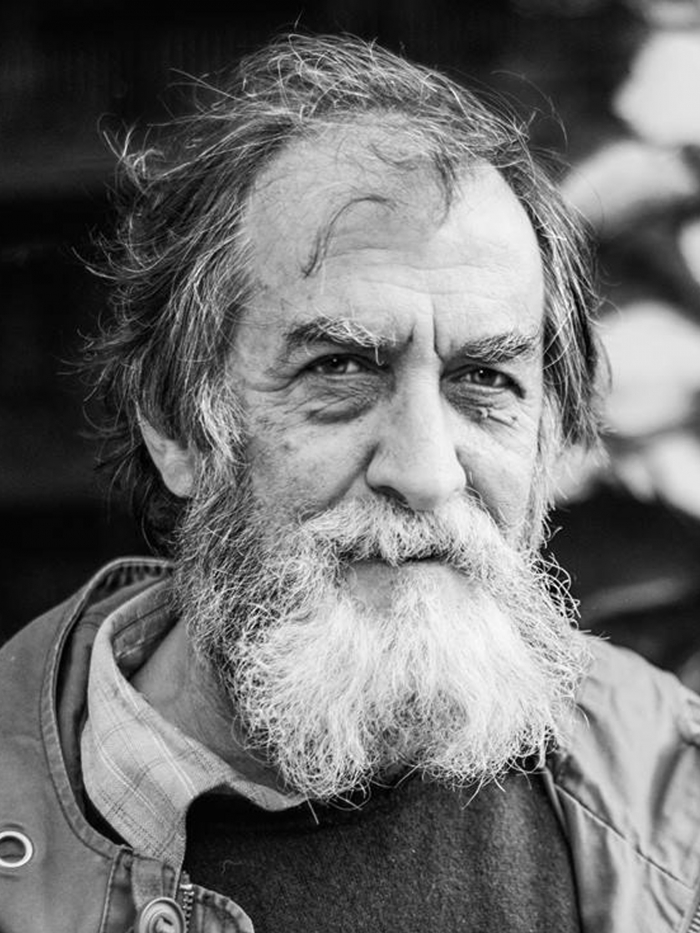