Log-in to My Festival | New user
My Festival
My Invoices
Virtual pressbox
• All films
Log-in details
Contact
CONTENT
You are in: Home > 2018. 66th Edition  > News > ''Un día más con vida / Another Day of Life'', ''Asako I&II'', ''Cold War'' and ''Three Faces'', among others, to compete for the City of Donostia / San Sebastian Audience Award

Films to have won awards at Cannes and Berlin, continuation of the French TV series P’tit Quinquin / Li'l Quinquin and the first feature film of the Ikusmira Berriak residencies figure among the preview of the Perlak and Zabaltegi-Tabakalera sections for the 66th edition of the San Sebastian Festival.

Five films in the Cannes Official Selection and one from Un Certain Regard will feature on the Perlak programme and compete for the City of Donostia / San Sebastian Audience Award, decided by the spectators. The works in question are Zimna wojna / Cold War, by Pawel Pawlikowski (Warsaw, 1957), acclaimed with the Best Director Award in Cannes; and 3 rokh / Three Faces, by Jafar Panahi (Mianeh, Iran, 1960), winner of the Best Screenplay Award ex-aequo with Lazzaro Felice. Although this is Panahi’s second participation in Perlak after Taxi Teheran (2015), he was only able to visit San Sebastian in 2001, when he received the Fipresci Grand Prix for Dayereh / The Circle.

Also in the selection is the European co-production Un día más con vida / Another Day of Life, which participated out of competition, directed by Raúl de la Fuente (Pamplona, Spain, 1974) -whose previous films were selected for Zabaltegi and Zinemira- and Damian Nenow (Bydgoszcz, Poland, 1983), and Netemo Sametemo / Asako I&II, by Ryüsuke Hamaguchi (Kanagawa, Japan, 1978), who competed for the Golden Palm. Hamaguchi released his first work Passion (2008), at the San Sebastian Festival, in the New Directors section, and was included in the Festival retrospective on New Independent Japanese Films 2000-2015.

Completing this first preview of the Perlak section is Leto / Summer, by Kirill Serebrennikov (Rostov-na-Donu, Russia, 1969), who also participated in the official selection at Cannes, and the Spanish-Argentinian co-production El ángel, by Luis Ortega (Buenos Aires, 1980), which competed in Un Certain Regard.

Zabaltegi-Tabakalera will honour its reputation of being the Festival’s most open section. Among the programme of the 66th edition will be the TV series Coincoin et les z’inhumains / Coincoin and the Extra-Humans, by the filmmaker and screenwriter Bruno Dumont (Bailleul, France, 1958). Dumont competed in the Official Selection at San Sebastian with Hadewijch, was part of the retrospective Backwash: the cutting edge of French cinema with L’Humanité and of Zabaltegi with P'tit Quinquin / Li'l Quinquin, of which Coincoin et les z’inhumains is, precisely, the continuation.

Similarly presented will be Belmonte, the latest film by Federico Veiroj (Montevideo, 1976), whose films have been selected for Films in Progress, Horizontes Latinos, New Directors or the Official Selection at the San Sebastian Festival; and Trote (Trot) by Xacio Baño (Xove, Spain, 1983), feature film from the first edition of the Ikusmira Berriak residencies programme, organised by the Festival, the Tabakalera International Centre for Contemporary Culture and the Elías Querejeta Film School.

Finally, the name of Jean-Luc Godard (Paris, 1930) returns to the Festival programme through his latest film, Le livre d’image / The Image Book, Special Golden Palm in Cannes. The relationship with the director of À bout de soufflé (Breathless) dates back more than 50 years, when he came here in 1962 with Anna Karina to present Le soleil dans l’oeil (Sun in Your Eyes, Jacques Bourdon). Since then, his films have featured in the retrospectives Bernardo Bertolucci (2000), It Happened Yesterday (2001), 50 from the 50s (2002), Woody Allen (2004) and Jacques Demy (2011), and the ensemble film Ten Minutes Older – The Cello, in which he participated alongside Claire Denis, Bernardo Bertolucci, Mike Figgis, Jirí Menzel, Michael Radford, Volker Schlöndorff and István Szabó, was selected for Zabaltegi Specials (2002).

The remaining titles making up both sections will be announced in the coming weeks. 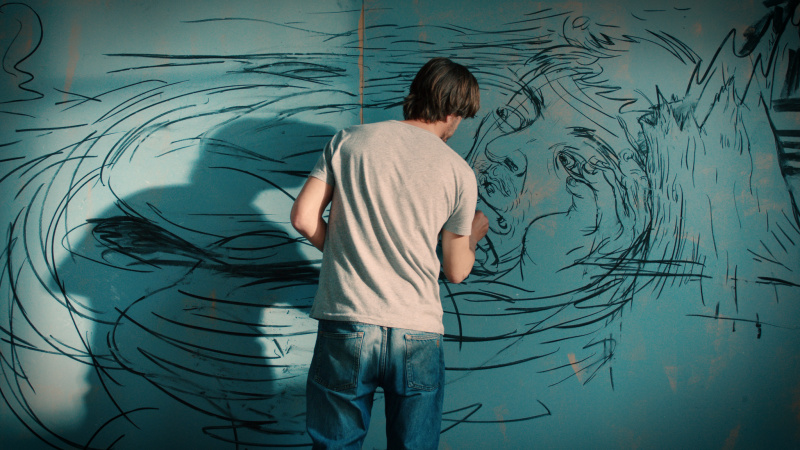 Belmonte, interested in portraying the human being, their folds, their disproportion, is soon to put on a painting exhibition at the Museum of Visual Arts in Montevideo, but he is more occupied with thoughts of the changes underway in his family: his ex-wife is pregnant by another man, and he realises that his daughter, Celeste, will spend less time with him when her little brother is born. Belmonte needs the bearings of being with his daughter, preparing her lunch, taking her to school and, above all, of starting to share with her his interior world without concealing his concerns, even if they are those of an adult. 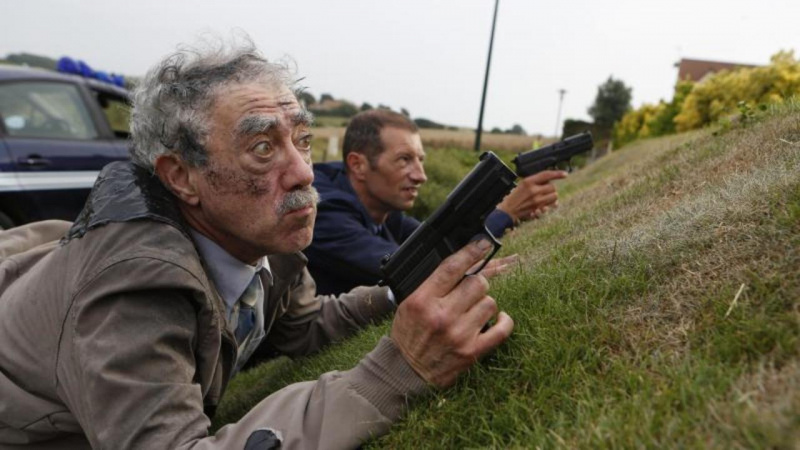 Quinquin is now a grown-up and goes by the nickname CoinCoin. He hangs out on the Côte D'Opale and attends meetings of the Nationalist Party with his childhood friend Fatso. His old love, Eve, has abandoned him for Corinne. When a strange magma is found near the town, the inhabitants suddenly start to behave very weirdly. Our two heroes, Captain Van Der Weyden and his loyal assistant Carpentier, investigate these alien attacks. The Extra-Human invasion has begun. 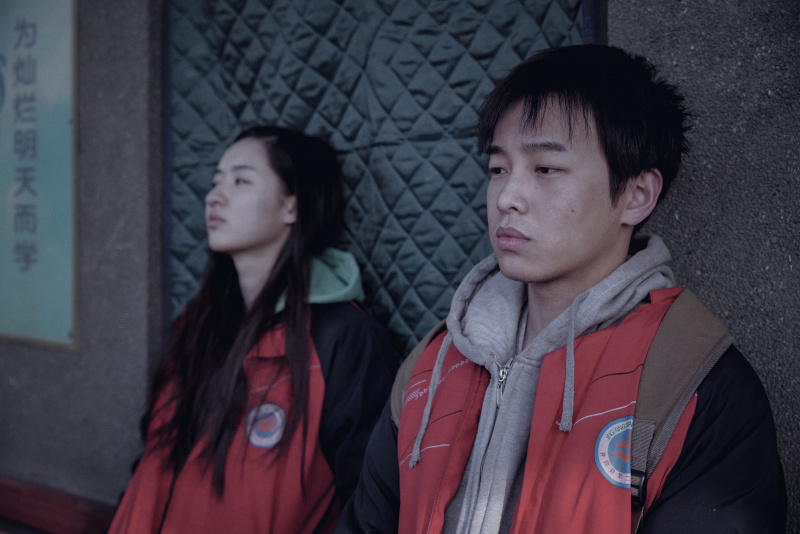 Four tragic destinies linked by a school accident: Bu, to protect a friend, pushes the school bully, Shuai, down the stairs; Ling, Bu’s classmate, wants to escape from her mother and her routine after being seduced by her teacher; Shuai’s older brother, Cheng, feels responsible for his best friend’s suicide and yearns to take revenge on Bu for his younger brother’s accident; and, finally, Mr. Wang, an enthusiastic pensioner who doesn’t want his son to put him into a home. The only way out for the protagonists seems to be to run away to the town of Manzhouli, where there is a sitting elephant that simply ignores the world. They only have 24 hours to solve their lives before the train starts moving... 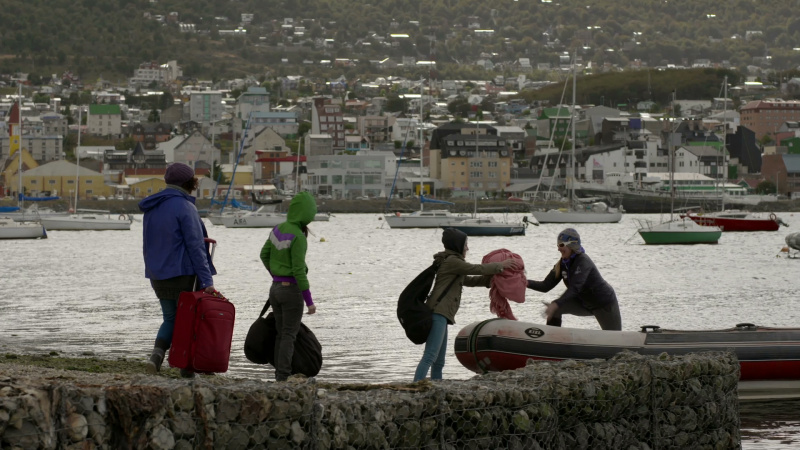 Three women meet by chance at the end of the world and set out on a polyamorous journey which will change them to the extent of returning them to their native city as different people. Subjects who suffer from the established order, from the irreversible nature of passion and from the Utopian approach of a single love, they are caught up in the search for new kinds of relationships, far from possession and pain as the unavoidable finality of love and obeying none of the rules. That’s how they become The Daughters of Fire: a band dedicated to accompanying other women in the search for their own erotica, for the way each one wants to be in a world ignorant of the voluptuousness of detachment. 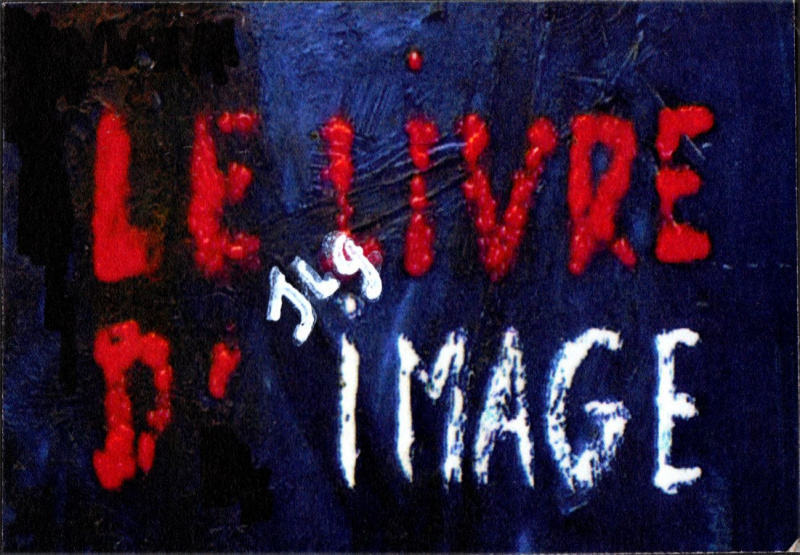 Nothing but silence. Nothing but a revolutionary song. A tale in five chapters, like the five fingers on a hand. 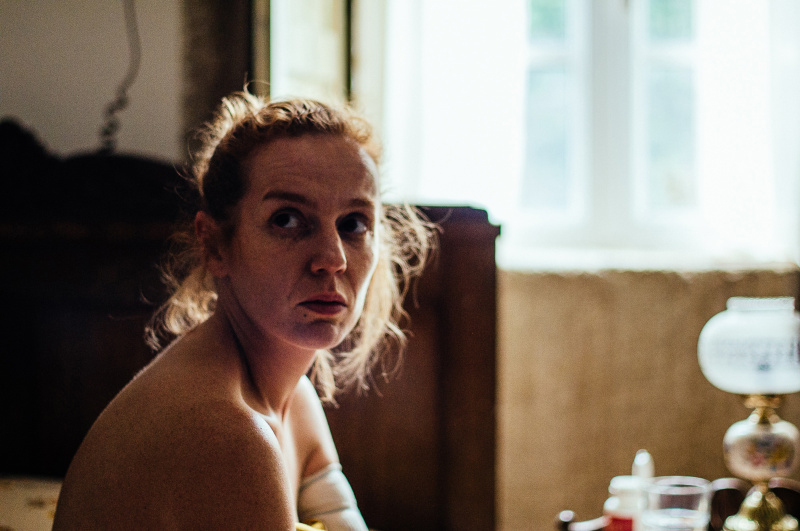 Daughter of. Sister of. Carme lives in a Galician mountain village with her sick mother and her father Ramón, to whom she hardly speaks. She works in a bakery and feels the need to escape from this oppressive atmosphere, but circumstances always stop her from breaking free. From trotting. From running. Trote takes place during the weekend of the celebrated “Rapa das Bestas,” a symbol of the age-old struggle between man and horse. The village prepares for the celebration. Luis, Carme’s older brother, comes home for a few days with his wife María. Trote is the struggle between man and horse, between reason and instinct. 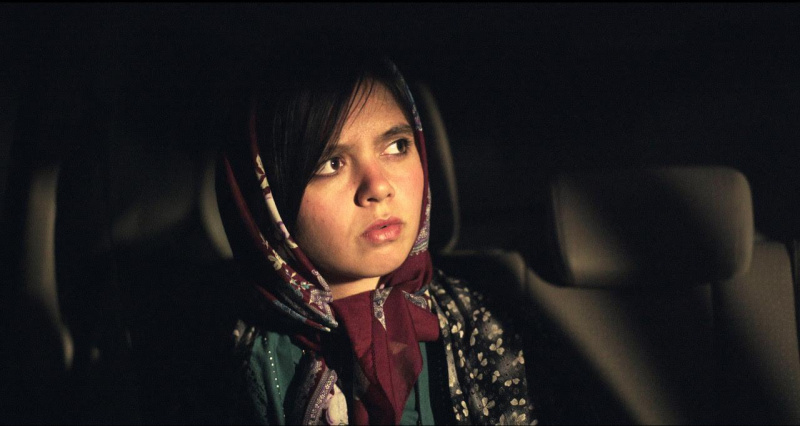 Famous actress Behnaz Jafari can’t help but respond to the cry for help from a provincial girl whose family prevents her from taking up her studies at the Tehran Conservatory. Behnaz decides to abandon a film shooting and turns to moviemaker Jafar Panahi to solve the mystery behind the young girl’s problems. They travel by car to the rural northwest of the country, where they meet the charming inhabitants of the budding actress’s mountain village. But the visitors soon discover that tradition is just as powerful as hospitality... 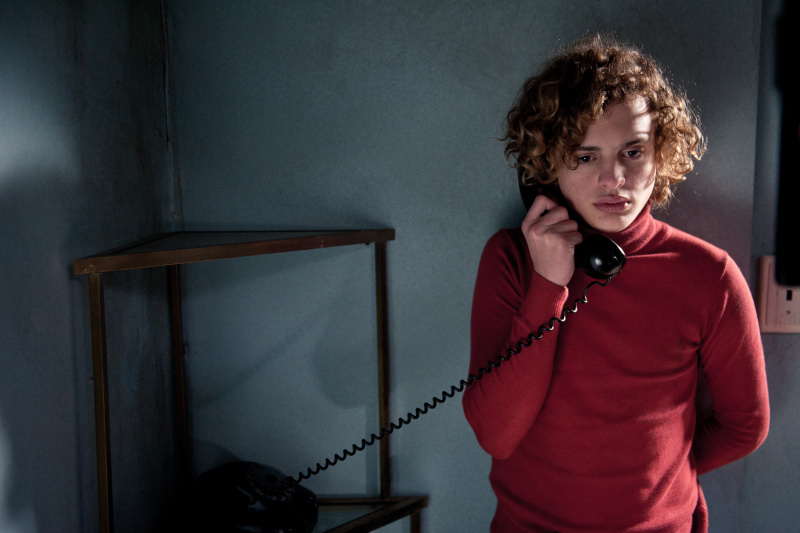 Carlitos is a seventeen-year-old youth with movie star swagger, blond curls and a baby face. As a young boy, he coveted other people's things, but it wasn't until his early adolescence that his true calling manifested itself: to be a thief. When he meets Ramon at his new school, Carlitos is immediately drawn to him and starts showing off to get his attention. Together they will embark on a journey of discoveries, love and crime. Killing is just a random offshoot of the violence, which continues to escalate until Carlitos is finally apprehended. Because of his angelic appearance, the press dubs Carlitos "The Angel of Death". Showered with attention because of his beauty, he becomes an overnight celebrity. Altogether, he is believed to have committed over forty thefts and eleven homicides. Today, after more than forty-five years in jail, Carlos Robledo Puch is the longest- serving prisoner in the history of Argentina. 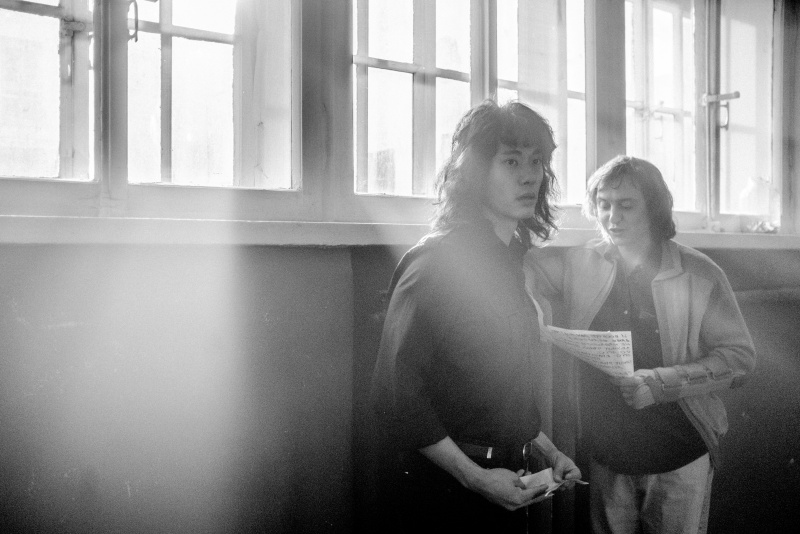 Leningrad, a summer in the early 1980s: the city’s rock scene is at boiling point. Viktor Tsoï, a young musician who grew up listening to Led Zeppelin, T-Rex and David Bowie is eager to make a name for himself. The meeting with his idol Mike and his wife, the beautiful Natacha, will change his life forever. Together they will build a legend that will make them immortal. 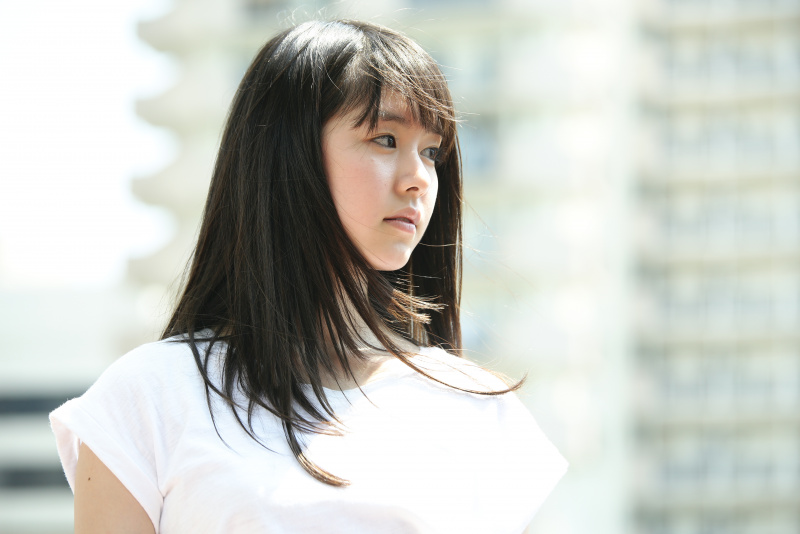 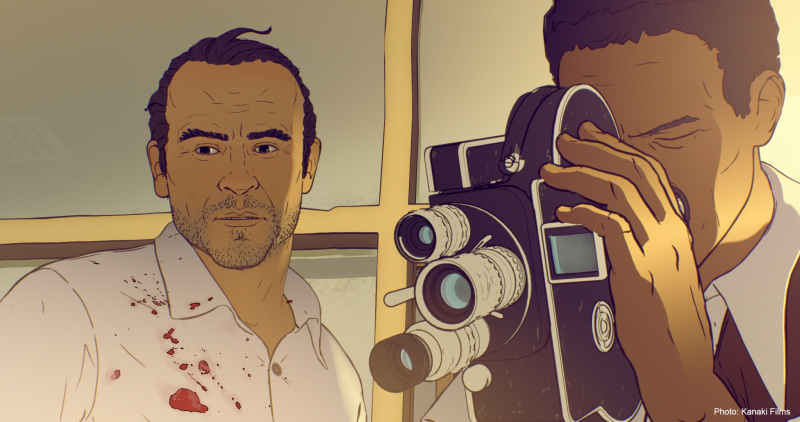 Kapuscinski is a Polish reporter, idealist and friend of lost causes. In 1975 he travels to Angola, last battlefield of the Cold War, a place where the wrong greeting can cost you your life. The African country and the people he meets on his adventure, such as the charismatic guerrilla fighter Carlota, will change him forever. The suicide journey to the heart of darkness turn the journalist into an author. 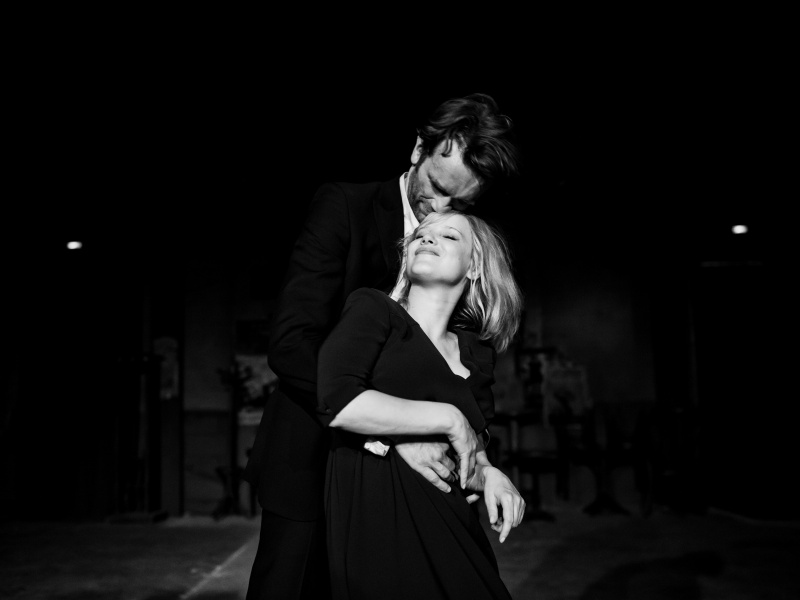 Set against the background of the Cold War, a passionate love story between two people of different origins and temperaments who are fatally mismatched, and yet fatefully condemned to be together. Taking place in Poland, Berlin, Yugoslavia and Paris, Cold War presents an impossible love story in impossible times. 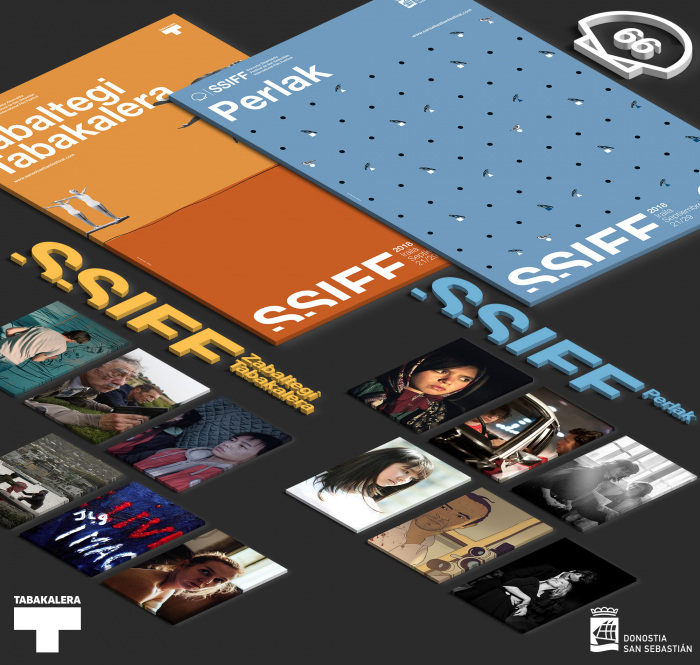