Log-in to My Festival | New user
My Festival
My Invoices
Virtual pressbox
• All films
Log-in details
Contact
CONTENT
You are in: Home > 2018. 66th Edition  > News > Claire Denis, Kim Jee-woon, Naomi Kawase and Valeria Sarmiento, among others, will be competing for the Golden Shell at the 66th San Sebastian Festival

Three European filmmakers, two Asians and two Latin Americans direct the films in the first preview of the Official Section of the San Sebastián Festival. The latest films by Claire Denis, Simon Jaquemet, Kim Jee-woon, Naomi Kawase, Benjamín Naishtat, Valeria Sarmiento and Markus Schleinzer will be competing for the Golden Shell at the 66th Festival.

Claire Denis (Paris, 1946), the director of Beau travail or White Material, will be competing for the first time for the Golden Shell with High Life. In this science-fiction film, Denis is working once again with Juliette Binoche, after Un beau soleil intérieur (Let the Sun Shine In) -which won the SACD Award in the Directors’ Fortnight at Cannes ex aequo last year with Philippe Garrel- and Robert Pattinson.

For Naomi Kawase (Nara, Japan, 1969) this will be her second time in the Official Section, after she presented Genpin, which won the Fipresci Award, in 2010. Now, after taking part in Un Certain Regard and in the Official Competition at Cannes with her last two films, An / Sweet Bean and Hikari / Radiance, respectively, she will be coming to San Sebastián with Vision, shot in her native province. The film also stars the French actress Juliette Binoche and the Japanese actor, Masatoshi Nagase (An, Hikari, Paterson).

Kim Jee-woon (Seúl, 1964) will also be competing for the Golden Shell for the second time. After presenting Ang-ma-reul bo-at-da / I Saw the Devil in San Sebastián in 2010, the South Korean director will be taking part with Illang: The Wolf Brigade, the Korean remake of Jin-Roh, the anime written by Mamoru Oshii (Ghost in the Shell) about the Keberos Panzer Cops, a violent police force.

This is also the second time that Valeria Sarmiento (Valparaíso, Chile, 1948) will be competing as a director in the Official Section, after presenting Elle more than two decades ago, in 1995. But Sarmiento’s links to the Festival go back to a previous decade, at the beginning of her career, when she won the Grand Prix Donostia for Best New Director in 1984 with Notre mariage, her first fictional feature film. The last time that she took part in the Festival was in Zabaltegi, where her film As Linhas de Torres / Lines of Wellington was programmed in 2012. The French/Portuguese coproduction Le cahier noir / The Black Book is inspired by the novel Livro Negro de Padre Dinis, by Camilo Castelo Branco, who also wrote Mistérios de Lisboa, which was edited by Sarmiento and which won Raúl Ruiz the Silver Shell for best director in San Sebastián (2010). El Livro Negro de Padre Dinis can be considered to be a prequel of the character that also appears in Mistérios de Lisboa.

Rojo is the third feature by Benjamín Naishtat (Buenos Aires, 1986), whose debut film, Historia del miedo (History of Fear), was one of the films chosen in Films in Progress 24, competed in Berlin in 2014 and was also screened in Horizontes Latinos. With his second film, El movimiento (The Movement, 2015), he formed part of the official section in Locarno. Rojo, with a cast including Darío Grandinetti, Andrea Frigerio and Alfredo Castro, is set in Argentina in the 1970s, on the eve of the military dictatorship.

Markus Schleinzer (Vienna, 1971), who competed in the official section at Cannes with his debut film, Michael, will be presenting his second feature film, Angelo, in San Sebastián. Schleinzer, who wrote together with the director, Michael Sturminger, the screenplay for Casanova Variations, which competed for the Golden Shell in 2014, now focuses on the story of an African who is Europeanised by force in a story starring Makita Samba, Alba Rohrwacher and Larisa Faber.

In 2014 Simon Jaquemet (Zurich, 1978) premiered his award-winning first film, Chrieg / War, in the New Directors section at the Festival. With his second film, Der unschuldige / The Innocent, he is back in San Sebastián in the Official Section, with the portrait of a woman trapped by her past in a religious community.

The other films that make up the Official Section will be announced in the next few weeks. 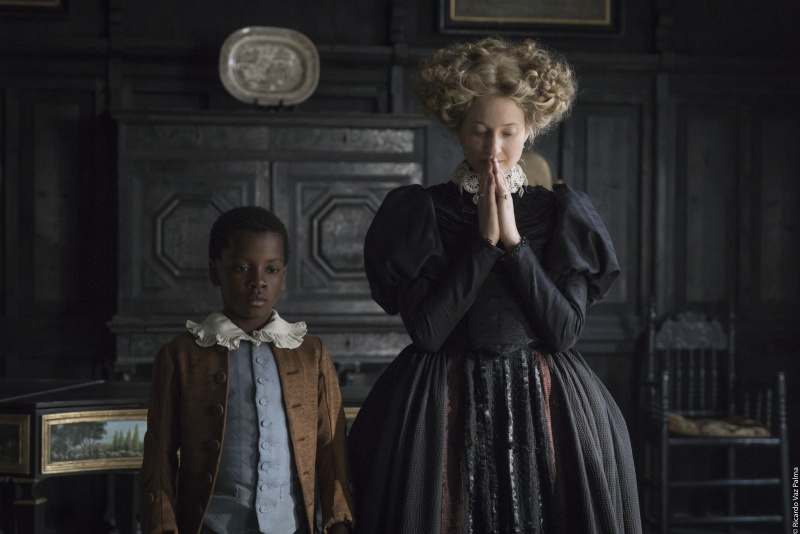 The story of Angelo, an African born in the 18th century and brought to Europe at the age of 10. Now a servant in the court of enlightened nobility, he skilfully employs his otherness to become an appreciated guest and attraction for the members of high society. Being close to the emperor, he decides to marry Magdalena, a young maidservant with whom he falls in love. On doing so, Angelo is inevitably shunned by the court. At the height of his prestige, he realizes that his otherness will never disappear, that he will never lead a normal life, and that he will always be an outsider. Based on true events.

Ruth works in a neuroscience research lab, despite coming from an extremely traditionalist and conservative Christian family. She suddenly finds herself facing her past when her former lover reemerges after twenty years in jail, prompting her to question her feelings, her life and eventually even her faith. 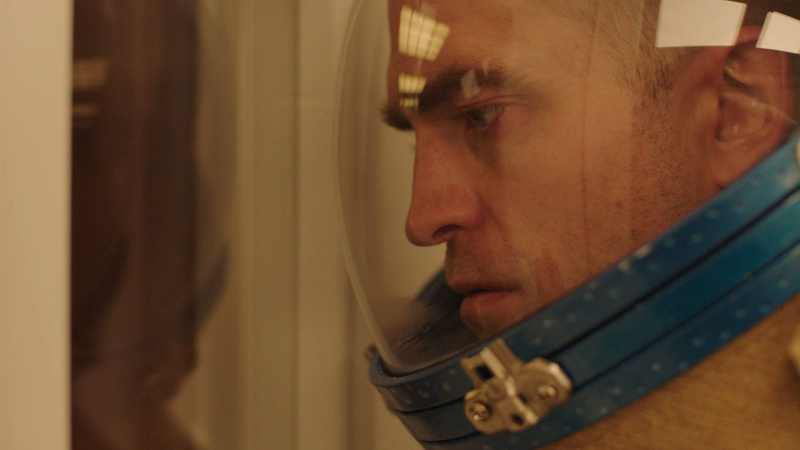 Deep space. Beyond our solar system. Monte and his daughter Willow live together on board a spacecraft, in complete isolation. A solitary man, who uses his strict self-discipline as protection against desire (his own and that of others), Monte fathered the girl against his will. His sperm was used to inseminate Boyse, the young woman who gave birth to the girl. They were members of a crew of prisoners: space convicts, death row inmates. Guinea pigs sent on a mission to the black hole closest to Earth. Now only Monte and Willow remain. And Monte is no longer the same. Through his daughter, for the first time, he experiences the birth of an all-powerful love. Willow grows, first of all into a young girl and then into a young woman. 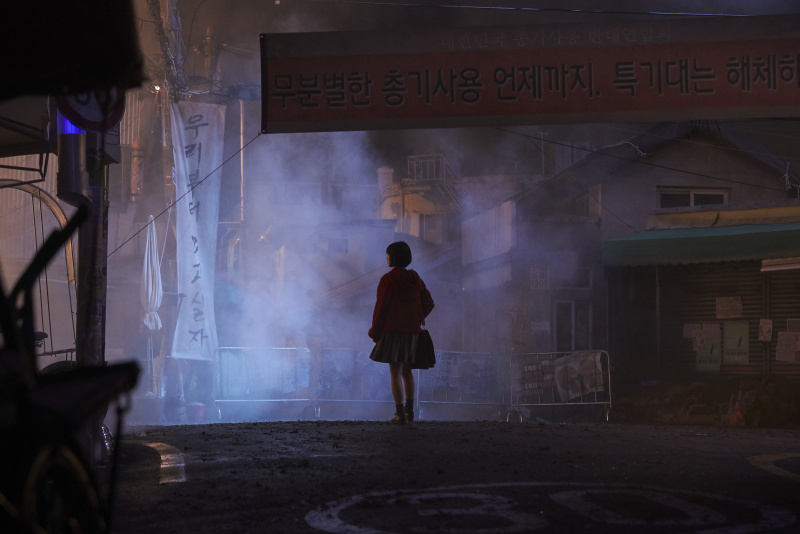 In 2029, after the governments of North and South Korea announce a 5-year plan to reunify the country, strong sanctions by the world's most powerful nations cripple the economy and lead to a hellish period of chaos. With the appearance of an armed anti-government terrorist group called The Sect which opposes reunification, the President creates a new police division called the Special Unit which amasses significant political power. However,  seeing its own influence drop, the Public Security intelligence service hatches a plot to do away with the Special Unit. Amidst the bloody struggle between two ultra-powerful institutions, rumours emerge of a secret "Wolf Brigade" taking shape within the Special Unit. Human weapons who go by the name of wolves, "Illang" (The Wolf Brigade). 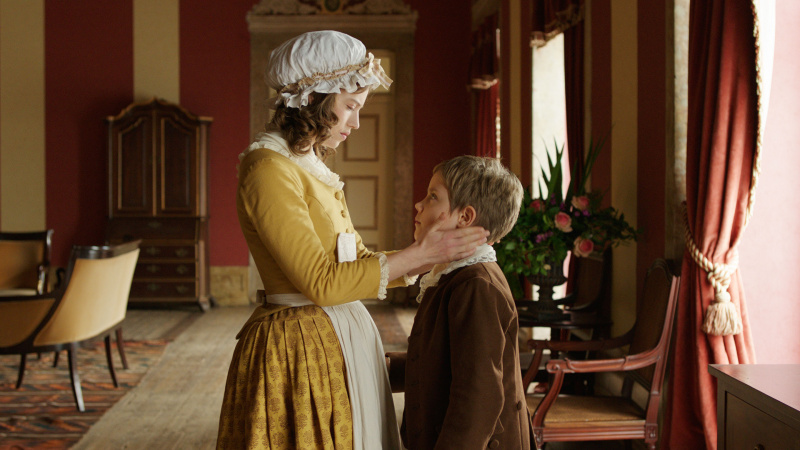 This is the story of the late eighteenth-century adventures of a singular couple formed by a little orphan with mysterious origins and his young Italian nurse of similarly uncertain birth. They lead us in their wake, from Rome to Paris, from Lisbon to London, from Parma to Venice. Always followed in the shadows, for reasons we don't know, by a suspicious-looking Calabrian and a disturbing cardinal, they prompt us to explore the dark intrigues of the Vatican, the pangs of a fatal passion, a gruesome duel, banter at the court of Versailles and the convulsions of the French Revolution. 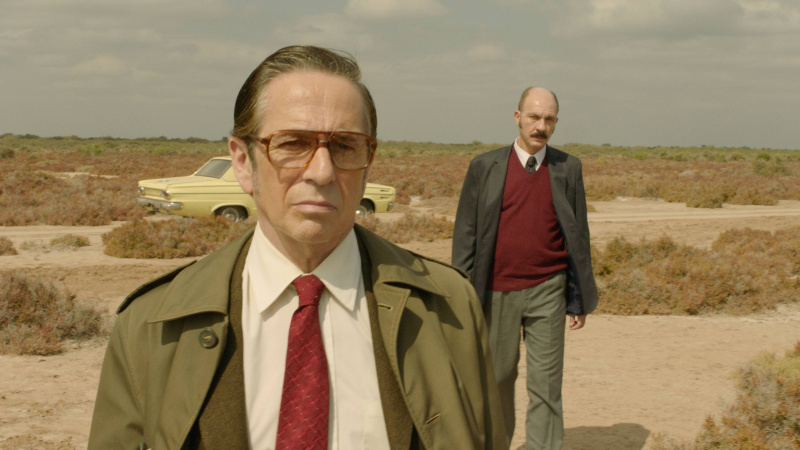 In the mid-70s, a stranger arrives in a quiet provincial town. In a restaurant, for no apparent reason, he sets about attacking Claudio, a well-known lawyer. The community supports the lawyer, humiliates the stranger and throws him out. Later, on the way home, Claudio and his wife Susana are once again intercepted by the stranger, who is determined to wreak his terrible revenge on Claudio. The lawyer embarks on a road of no-return, of death, secrets and silences. 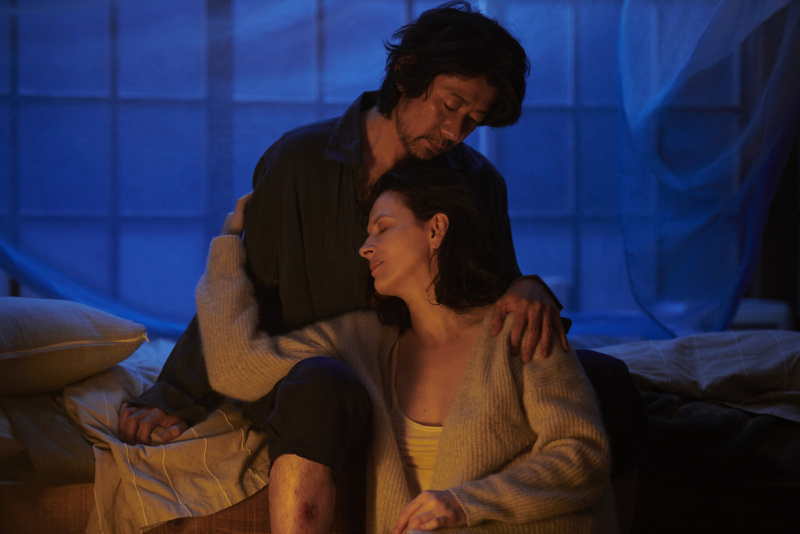 Jeanne leaves for Japan in search of a rare medicinal plant. During the trip, she meets Tomo, a forest ranger, who accompanies her on her quest and guides her through the traces of her past. 20 years ago, in the forests of Yoshino, Jeanne lived her first love. 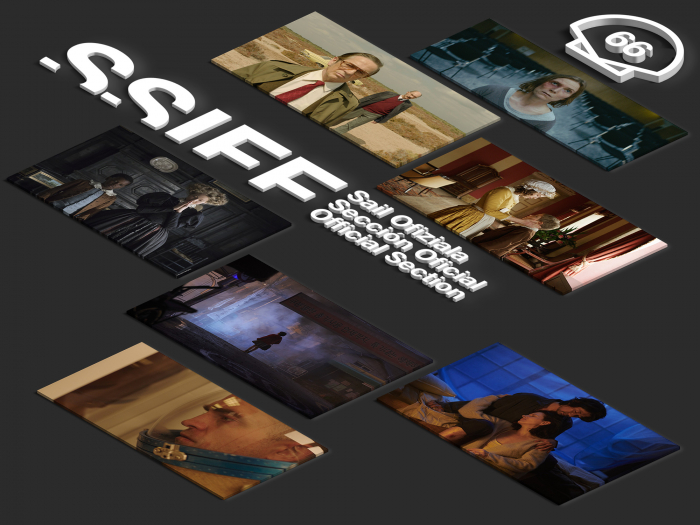