You are in: Home > 2018. 66th Edition  > News > Fourteen short films to compete in Nest Film Students, which has seen its submissions rise by 48% in a year

The 17th edition of Nest Film Students, the international meeting for film students running from 24-28 September in the framework of San Sebastian Festival’s 66th edition, has selected, from among the 305 works presented by 139 schools in 41 countries, fourteen short films from Belgium, Brazil, Chile, Czech Republic, France, Germany, Israel, Portugal, Russia, Switzerland, the UK and the USA. These figures represent a rise in a single year of 48% in the number of short films received and of 26% in the participating schools.

The Meeting, organised by the San Sebastian Festival and Tabakalera-International Centre for Contemporary Culture, has the aim of presenting the work of students from film schools all over the world, the future generation of filmmakers. Over five days, it will host the visit of outstanding film industry professionals who will present their films in San Sebastian: the president of the Official Jury, North American moviemaker Alexander Payne, will give a masterclass on the morning of Monday 24; Peter Strickland, a contender in the Official Selection, will talk to the filmmakers selected for Nest on the Tuesday, after the screening of In Fabric (15:00); the screening of Sophia Antipolis (Zabaltegi-Tabakalera) will be followed by a talk with Virgil Vernier on Wednesday 26 (15:00); Jaime Rosales will also hold a debate on the subject of Petra (Perlak) on Thursday at 15:00; and, lastly, the Argentine filmmaker Albertina Carri, a competitor in Zabaltegi-Tabakalera, will chat to the students after they watch the screening of Las hijas del fuego (11:00).

The filmmaker Virgil Vernier, author of Mercuriales, will also serve as president of the Jury at the 17th edition of Nest.

Both the screenings of the short films selected and the masterclasses will take place in the Tabakalera film theatre. The masterclasses given by Alexander Payne and the other sessions, including a film screening and chat with their maker, are reserved for students, Elías Querejeta Film School students, a limited number of spectators, who can register on the Tabakalera website, and accredited Festival guests, who can collect invitations to attend. Tickets for the different short film showings can be purchased through the regular San Sebastian Festival sales channels.

A jury of students, presided over by a professor and selected by Orona Fundazioa will give the Orona Award, coming with 5,000 euros.

In addition, a specific jury, made up of students from the participating schools and presided over by Vernier, will decide the winning director of the Panavision Award carrying a complete camera package including a RED Epic camera and Primo standard lenses for four weeks of filming, or a voucher worth 10,000 euros for the rental of any kind of Panavision material.

Nest Film Students is organised by the San Sebastian Festival and Tabakalera-International Centre for Contemporary Culture, and is part of the legacy of San Sebastian 2016, European Capital of Culture. 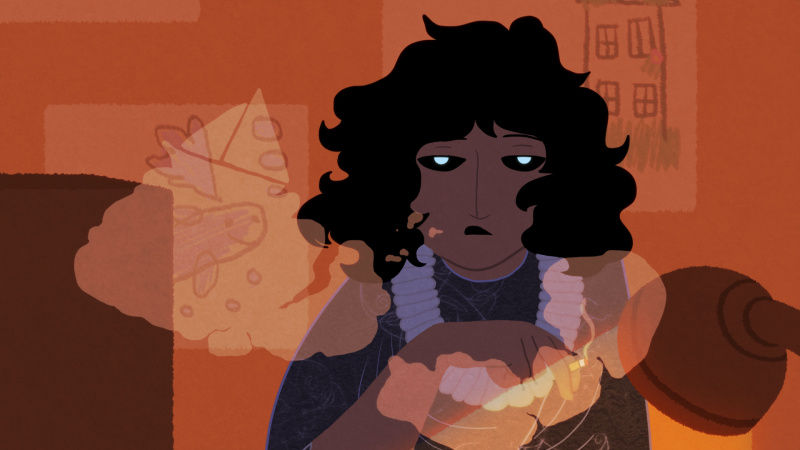 In a town where supernatural beings are part of everyday life, two roommates face a recurring problem: their house spirit was devoured by an unknown creature overnight. They set out to find a replacement spirit and a solution to their pest problem. 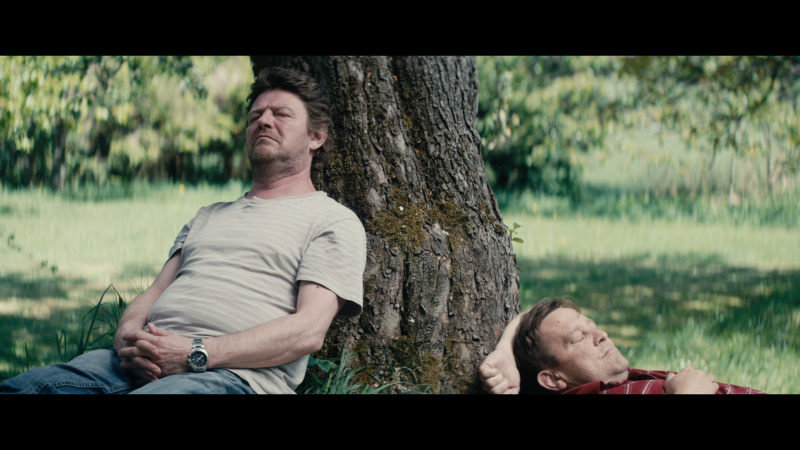 A group of friends arrives as they do every year to a remote and secluded place to celebrate their friendship. Now they're arriving for the 36th time, but this year is going to be different to the previous ones. Staña lost his battle with cancer, and for the first time ever they are only five friends. In the blooming spring nature they kill a lamb with their own hands and drink to Staña's memory. 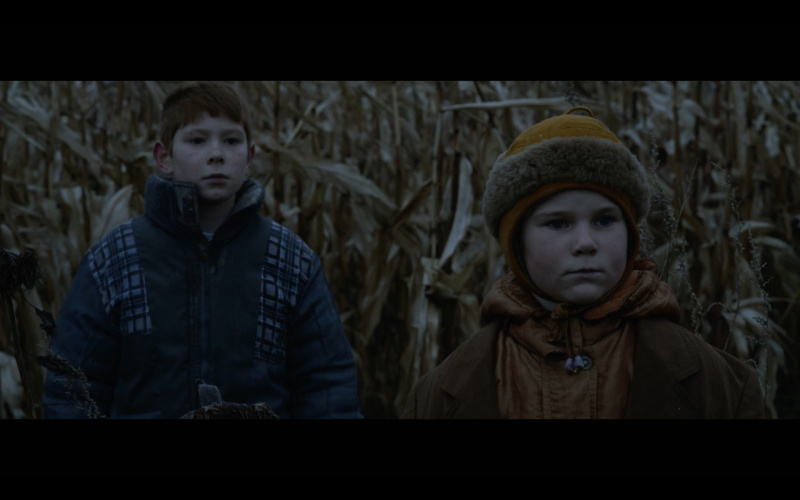 On the edge of the Earth, in forsaken lands, people live as if their spoken language has disappeared into oblivion. They live purposeless, routine lives, with no visible manifestations of mutual love and sympathy. A woman invites a man; the man accepts the woman. Their world shudders at the anxious cries of a bird that nobody sees, while in the abandoned house a sheep thief has made his appearance. 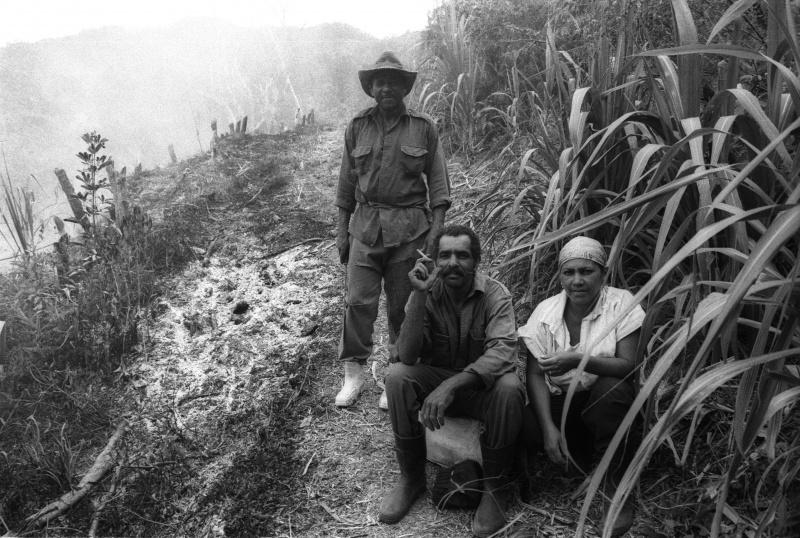 El Manguito is a small village in the inaccessible woodlands of Sierra Maestra in Cuba. Twelve people live there, cut off from the outside world, without electricity supply and drivable roads. Idael, the head of the familiy, his wife Nelcis, his children, friends and brothers. The film accompanies the family in their everyday life. It takes the audience to an unknown world and shows how deeply rooted the socialist system still is in Cuba. 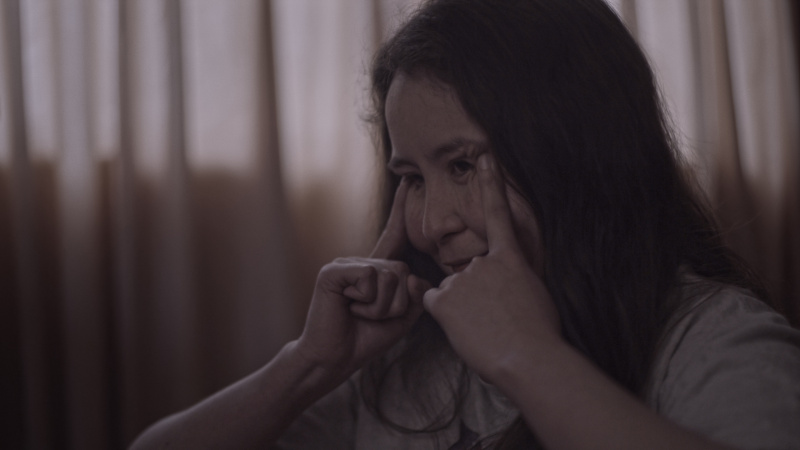 Alonso and his beloved sister Daniela are hidden away in a house far from the city. She is waiting to become the seventh wife of El León, a prophet who (is said) to electrocute you when you touch him. Among deck chairs and whispers, they could be spending their last summer together. 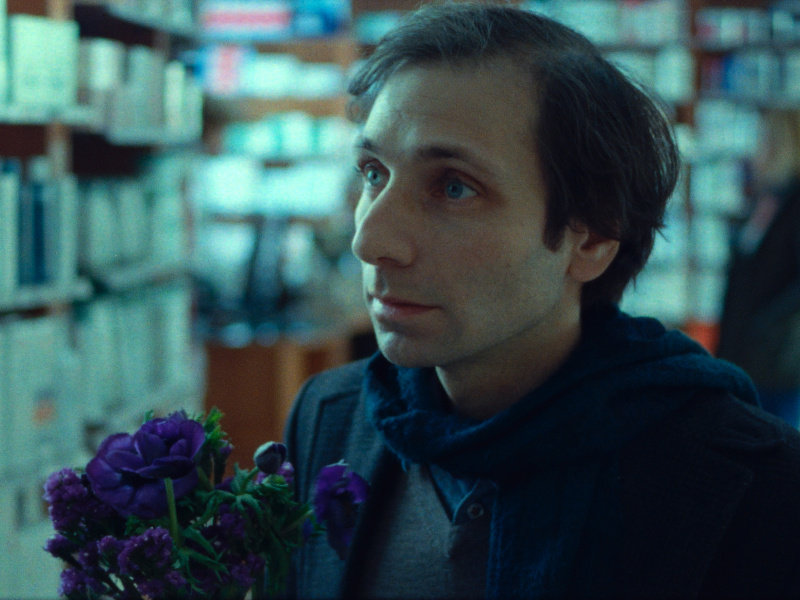 Emilien, a hypochondriac piano teacher living in a small town of Vercors, is going through a rough period of mourning: six months ago, his loved one died in an accident. Emilien's well-ordered everyday life is suddenly disrupted by the unexpected visits of his deceased beloved girlfriend. 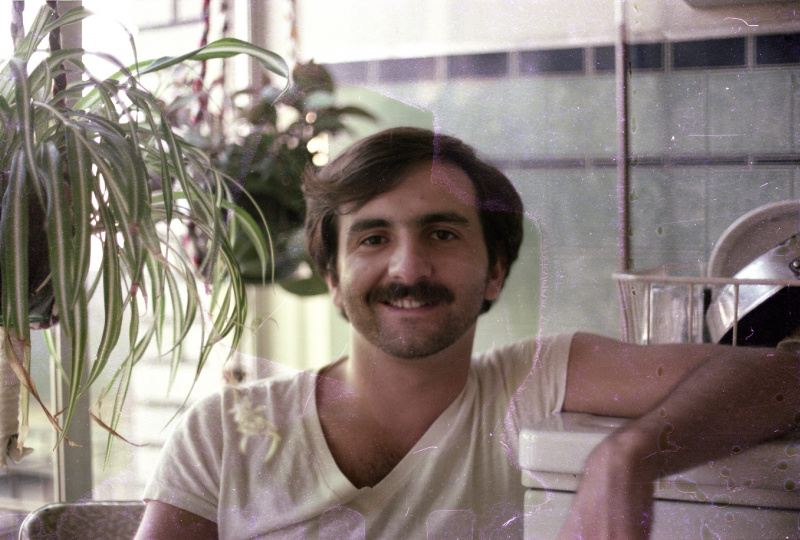 Luiz Roberto Galizia was an important figure in the theatre scene of the ‘70s and ‘80s. He was also my uncle, although I never knew him. This documentary endeavours to recover his life experience, based on old photographs and footage of films in super 8 which Uncle Luiz collected and which I found 30 years after his death. 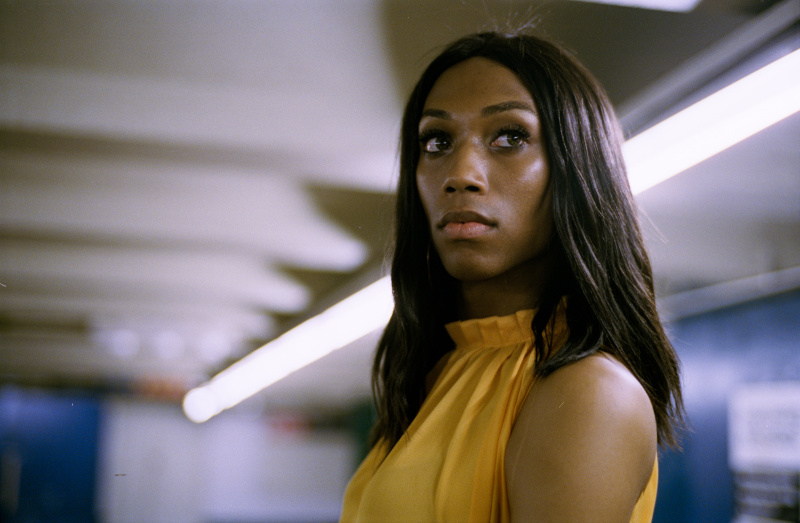 Nettles are stinging plants. In six chapters, this short film explores stinging moments in the lives of different girls and women. 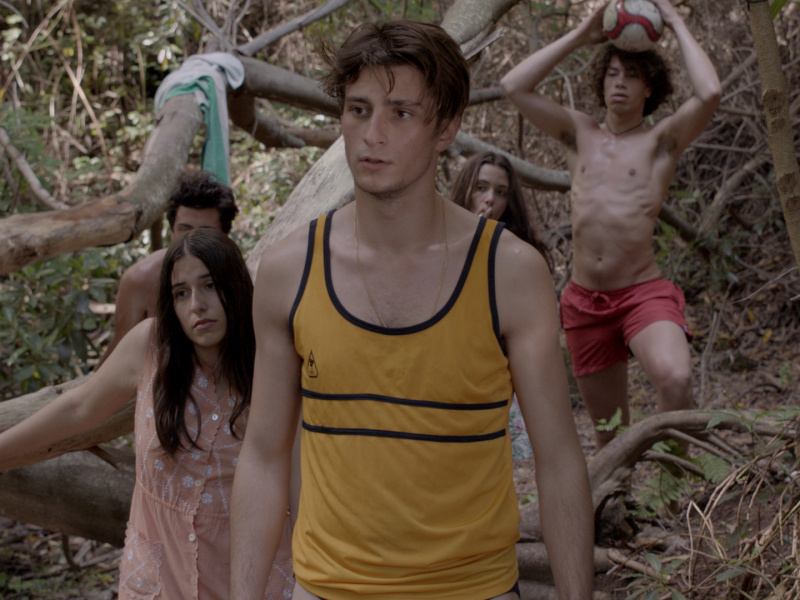 It’s summer. A boy and his friends go to the river. Over four episodes, the heat and humidity of the forest kindle desires between them. 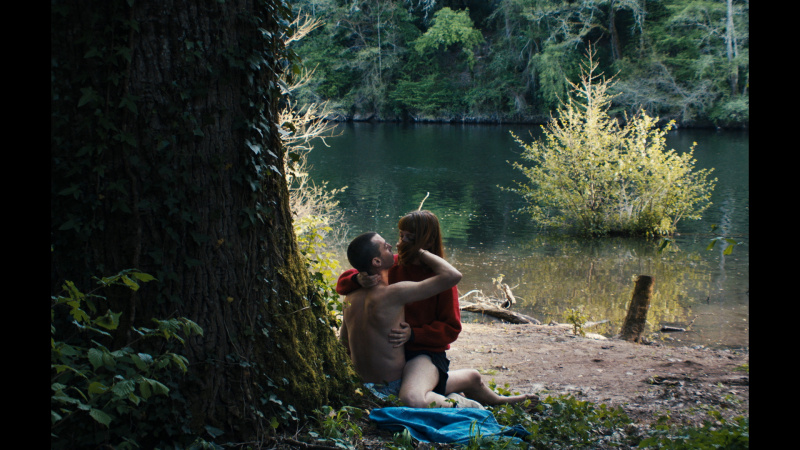 This young couple knows vaguely that the love which bonds them can be their way of freeing themselves from the tenacious resentments and suspicions peculiar to this remote region of France, stigmatized as it is by a survival economy. But the social bonds that the adults forge are unexpectedly violent. 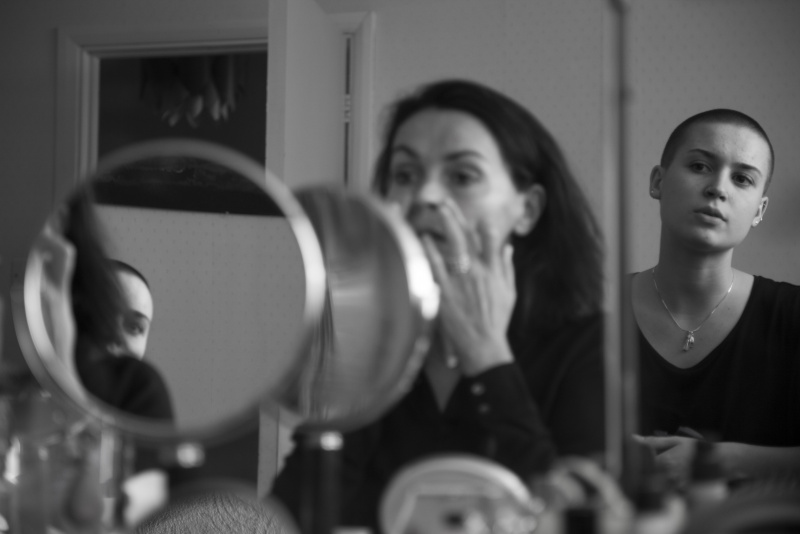 Anne films herself on her mobile phone as she inspects her physique in the mirror, while her mother, Céline, also studies her body in the mirror. Both have contrasting ideals as to what the ideal female body type should be. Conflict emerges between mother, daughter and her mother's boyfriend when it is revealed that Anne herself uploaded to the Internet a video of herself training topless at the fight club 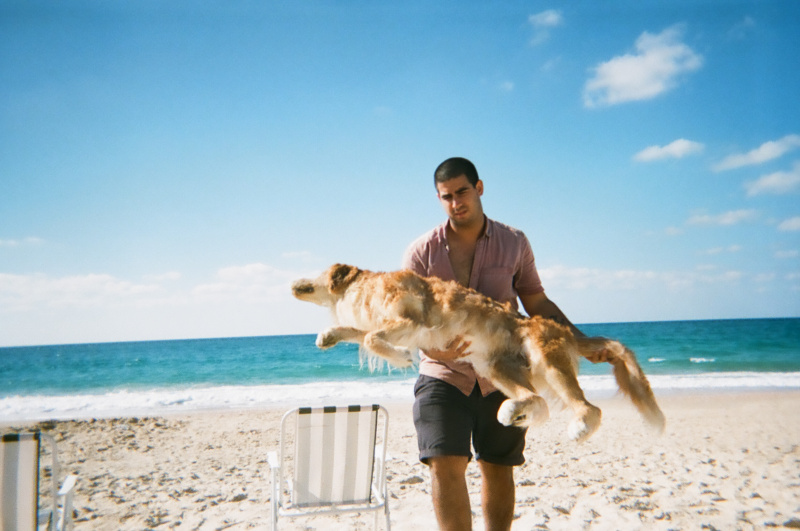 Omri is trying to direct a scene recreating the day his dog died. The attempted reenactment becomes complicated when Omri discovers that his father remembers the events differently. 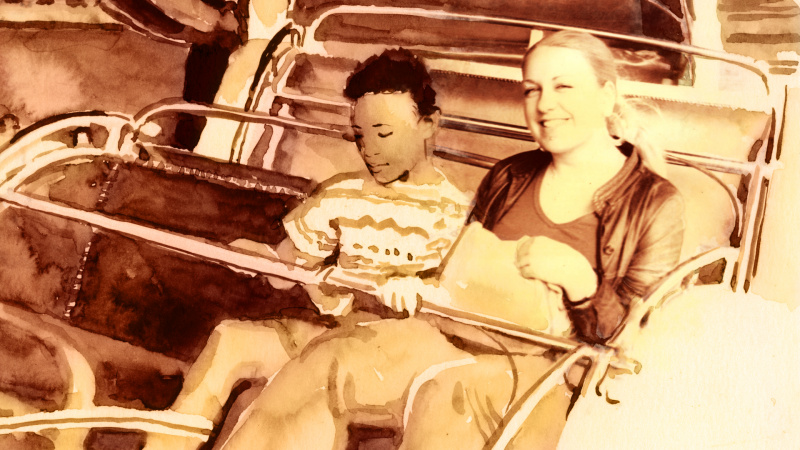 In his early twenties, Addai leaves his entire life behind and moves to Syria to help victims of the civil war. At first he is assigned kitchen duty together with Ilias. Addai writes to his mother: "Don't worry about me, I'm fine." Two years later Addai's mother receives a letter from prison. Ilias has been sentenced for terrorism by a German court. He wants to meet her and writes: "One thing you have to believe me, we went there with good intentions." 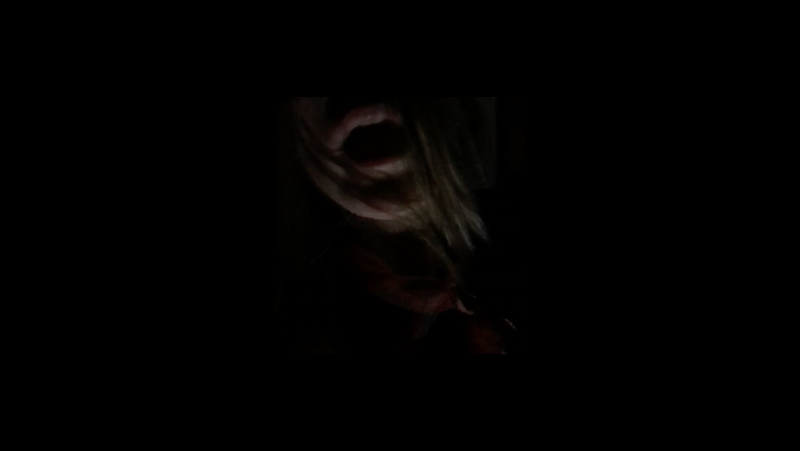 From the future, Violeta and Guillermo remember a night in 2018 when they danced until dawn. 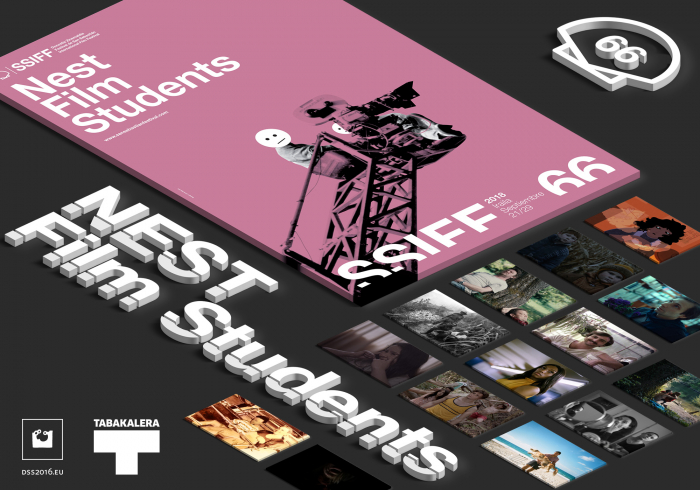 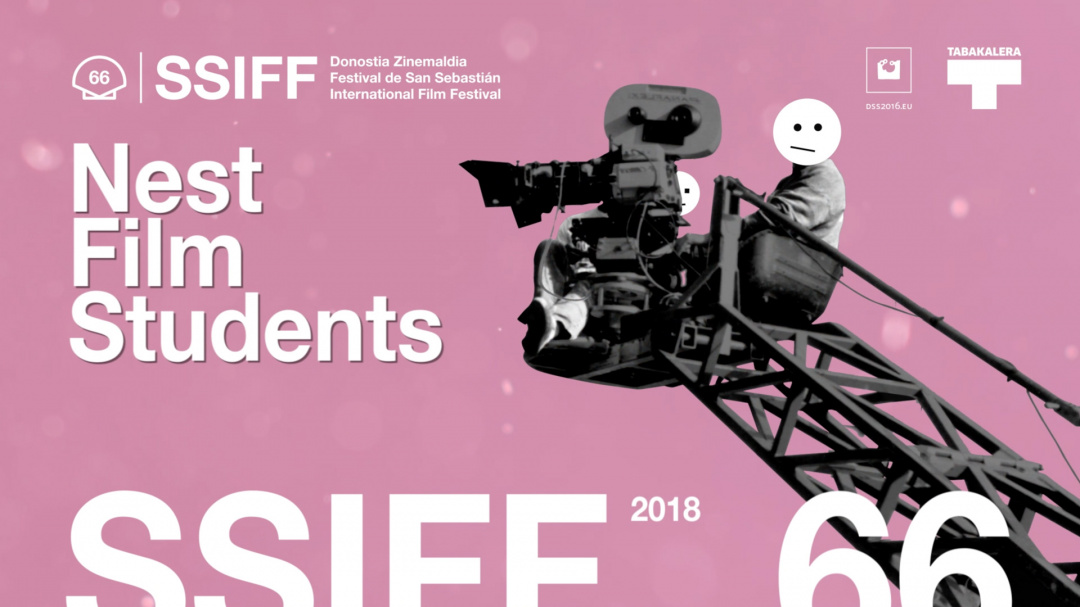