Gema Juárez Allen has been a film producer since 2005. She has produced more than twenty full-length features — all international co-productions — programmed and awarded prizes at the most important festivals in the film world. Outstanding among the most recent are Soldado (Soldier, Manuel Abramovich, 2017), Oscuro animal (Felipe Guerrero, 2016, Cooperación Española Award in 2016 at the San Sebastian Festival), Camino a La Paz (The Path to Peace, Francisco Varone, 2015), 327 Cuadernos (327 Notebooks, Andrés Di Tella, 2015), Damiana Kryygi (Alejandro Fernández Mouján, 2015), Invasión (Abner Benaim, 2014), Mittsommernachtstango (Midsummer Night’s Tango, Viviane Blumenschein, 2013), ¡Vivan las antípodas! (Victor Kossakovsky, 2011) and El ojo del tiburón (The Shark’s Eye, Alejo Hoijman, 2011). She is currently producing the first feature film, Veteranos, by the playwright Lola Arias, La cama, by Mónica Lairana, and Yo no me llamo Rubén Blades, by Abner Benaim. She has been a member of the Official Competition Juries at the Guadalajara, Cartagena and Lima Festivals. She is a former member of the committees and panels responsible for selecting projects in Argentina and other Latin American countries. In 2015 she programmed a tribute to documentary cinema for the Cinemathèque. Gema trained in Social Anthropology at the University of Buenos Aires, continued her studies in Visual Anthropology at Manchester University’s Granada Centre for Visual Anthropology (UK) and took her doctoral studies at the Federal University in Rio de Janeiro. She studied cinema at the Escuela Nacional de Experimentación y Realización Cinematográfica (ENERC-INCAA). Gema is a member of EAVE and EURODOC. 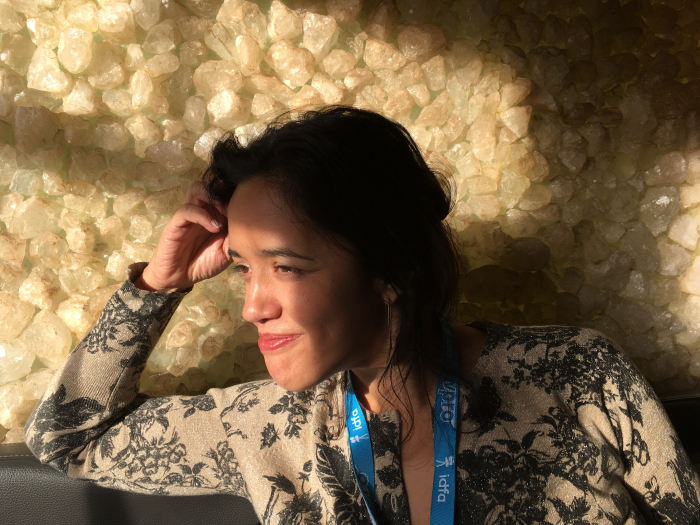