Born in Ixelles, Brussels, in 1928, Agnès Varda spent her childhood in Belgium with her four brothers and sisters. In 1940 the war saw the family move to the South of France. She spent her adolescence in Sète and later in Paris where she took her baccalaureate, going on to study at the Louvre and photography at Vaugirard night school. She has lived in Rue Daguerre, in the 14th arrondissement of Paris, since 1951.

Varda became the photographer for Jean Vilar, founder of the Avignon festival, in 1948, and later for the People’s National Theatre (TNP) (where filmstar Gerard Philipe shone, among others).

In 1954 she held her first solo exhibition in her courtyard, followed by several reporting missions to China and Cuba. Over the course of her travels and via the people she has met, she has produced several portraits of both ordinary and famous people.

Without any training, Agnès Varda moved into cinema. She created her own small company Ciné-Tamaris to produce her first feature-length film, La Pointe Courte (1955), which she herself wrote and directed, and which later earned her the title of ‘Grandmother of the French New Wave’.

Married to film director Jacques Demy (deceased in 1990), their daughter Rosalie Varda-Demy is a costume designer and their son Mathieu Demy, an actor and director. They spent several years in Los Angeles, where Agnès filmed Lions Love (…and Lies) (1960), Uncle Yanco (1967) and Black Panthers (1969), followed later by Mur Murs (1981) and Documenteur: An Emotion Picture (1980).

In 2008, Les plages d’Agnès / The Beaches of Agnes, a poetic and playful self-portrait, resonated with the public and won the French César Award for Best Documentary. In 2010-11, she wrote and directed the documentary series Agnès de ci de là Varda / Agnès Varda: From Here to There, consisting of five 45-minute episodes, chronicling an open journey and meetings with contemporary artists in several countries.

Her most recent work, Visages, Villages / Faces, Places, co-directed with the artist JR, was presented out of competition at the Official Selection of the Cannes Festival in 2017 and will have its Spanish premiere at this edition of the San Sebastian Festival.

In 2003, Agnès Varda launched her third career as a visual artist. Her installations have exhibited at the Venice Art Biennale and the Lyon Biennale of Contemporary Art, the SMAK in Gent, Art 41 Basel, the Fondation Cartier pour l’Art Contemporain, the Martine Aboucaya Gallery in Paris, the Paul Valéry Museum in Sète... Her Broken Portraits series ran at the Nathalie Obadia Gallery in Brussels. In March 2012, the CAFA Art Museum in Beijing and the Hubei Museum of Art in Wuhan exhibited several of her contemporary installations and photographs taken in China in 1957. In June 2012 she participated in the collective exhibition “Le voyage à Nantes” with two new video installations, "Des chambres en ville" and "Paroles de squatters". In July 2012, the La Rochelle Film Festival hosted a retrospective of her films and her “Patatutopia” installation. In November 2012, the Centro Andaluz de Arte Contemporaneo in Seville showcased a number of installations and films with the title of “Las dos orillas de Agnès Varda”, and in February 2014, “Triptyques atypiques” ran at the Galerie Nathalie Obadia (Paris). Other exhibitions of her work in recent years are: “Photographs Get Moving (potatoes and shells, too)” (Logan Center for the Arts, University of Chicago, 2015); “Varda / Cuba” (Centre Georges Pompidou, Paris, 2015); “Agnès Varda. Patates & compagnie” (Ixelles Museum, Brussels, 2016); “Une barrière ouverte” (Galerie Lumière, Lyon, 2016); and a “solo show” (Blum & Poe Gallery, New York, 2017).

Among her most important life achievement awards are the Léoparde d’Onore at the Locarno festival (2014) and the Palme d’Or d’Honneur at the Cannes film Festival (2015).

In November, the Hollywood Academy of Motion Picture Arts and Sciences will give her an Honorary Lifetime Achievement Award. 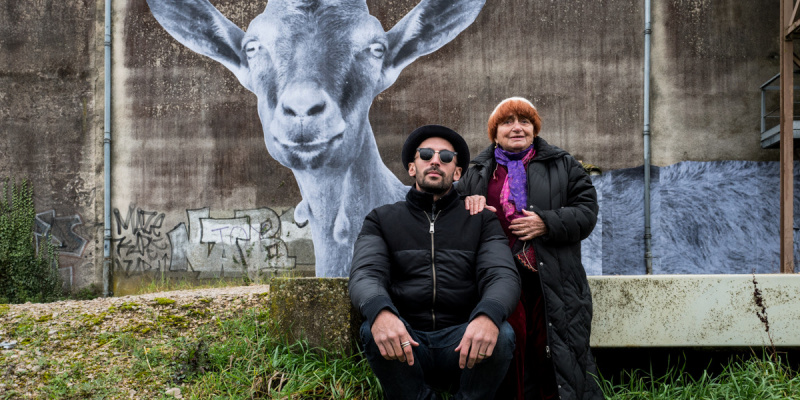 The veteran filmmaker Agnès Varda and the young photographer and urban graphic artist JR make their way through the streets and landscapes of rural France in a van. The aim is very simple: to meet people with whom they can exchange ideas, to take their pictures and later display the images blown up to enormous size right there in the street, to see what reactions they provoke. 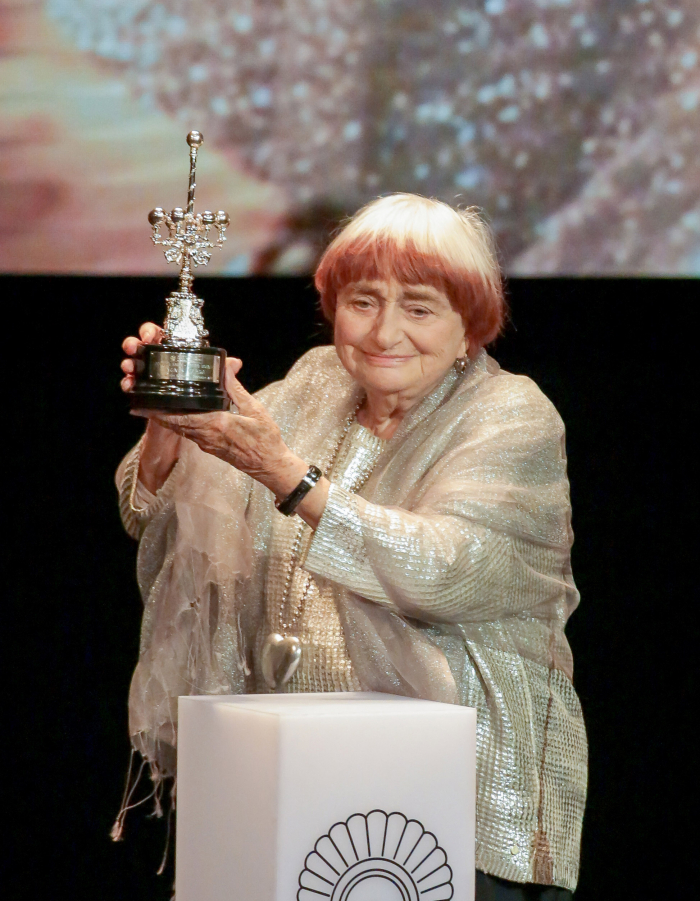 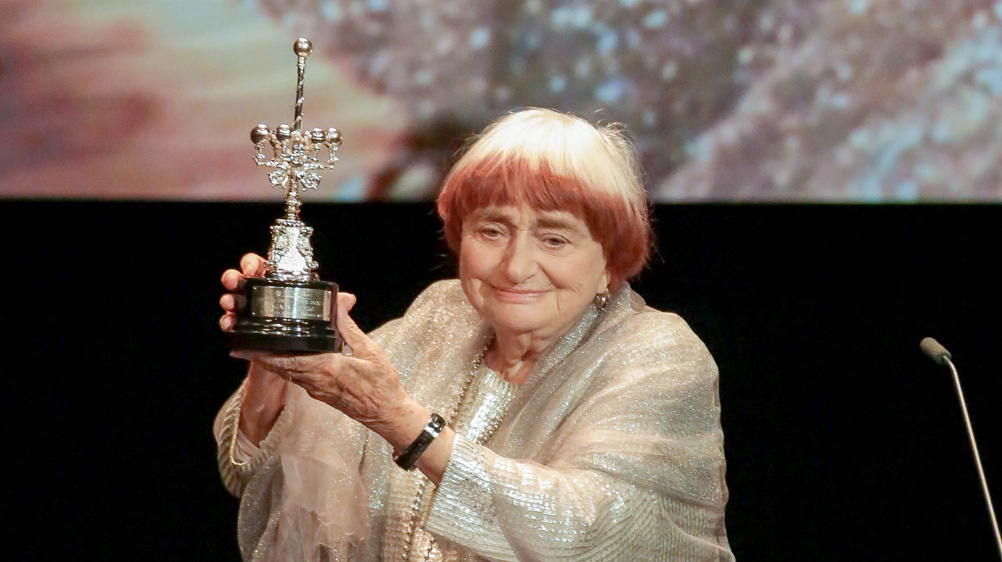