Since playing Ophelia in Hamlet at The Old Vic Theatre almost 60 years ago, Judi Dench has garnered wide popular and critical admiration for a career marked by outstanding performances in both classical and contemporary roles. She has won numerous major awards – including an Academy Award, ten BAFTA Awards and a record eight Laurence Olivier Awards – for work on both stage and screen, and in recognition of her many achievements she received an OBE (Order of the British Empire) in 1970, became a DBE (Dame of the British Empire) in 1988, and in 2005 was awarded a Companion of Honour. She has also received the Japan Arts Association’s prestigious Praemium Imperiale Laureate Award for Film and Theatre.

Dame Judi recently wrapped on Disney’s Artemis Fowl, directed by Kenneth Branagh, and will soon be seen in feature film Red Joan, directed by Trevor Nunn. Last year she appeared in Kenneth Branagh’s Murder on the Orient Express, for Twentieth Century Fox and starred in Victoria & Abdul, directed by Stephen Frears for Working Title and Focus Features. This latter performance was nominated for a Golden Globe, SAG and AACTA International Award. This is the second time in her career she has played Queen Victoria. For her first such performance, directed by John Madden in Mrs Brown, she won BAFTA and Golden Globe awards and was nominated for an Academy Award.

Dame Judi is also revered for her television work. Most recently she starred as Cecily, Duchess of York, in The Hollow Crown for the BBC, and past credits include: The Last of the Blonde Bombshells, for which she received BAFTA and Golden Globe Awards and an Emmy Award nomination; the long-running hit BBC sitcom As Time Goes By; and the critically acclaimed Cranford and Cranford: Return to Cranford, for which she received a number of major award nominations.

Dame Judi’s achievements on screen are mirrored by her celebrated career on stage. She received an Olivier Award for Best Supporting Actress for her most recent role as Paulina in Kenneth Branagh’s celebrated West End production of The Winter’s Tale, and she has previously won Olivier Awards for Macbeth and Juno and the Paycock for the RSC; Pack of Lies at the London Lyric; and Anthony and Cleopatra, Absolute Hell, and A Little Night Music, all at The National Theatre. Her performance in David Hare’s Amy’s View, directed by Richard Eyre, brought her a Critics Circle Award and an Olivier Award nomination when it played in London at The National and Aldwych, followed by a Tony Award for Best Actress when the play transferred to Broadway. Her other theatre credits include: The Royal Family, directed by Peter Hall; The Breath of Life, directed by Howard Davies and co-starring Dame Maggie Smith; All’s Well That Ends Well, for the RSC; Hay Fever, directed by Peter Hall; The Merry Wives of Windsor, for the RSC; Madame de Sade, directed by Michael Grandage for The Donmar West End; Peter Hall’s production of A Midsummer Night’s Dream at the Rose Theatre, Kingston; Peter and Alice, directed by Michael Grandage in the West End; and The Vote, directed by Josie Rourke for The Donmar in 2015, which was also broadcast live on UK General Election night in a landmark television event. 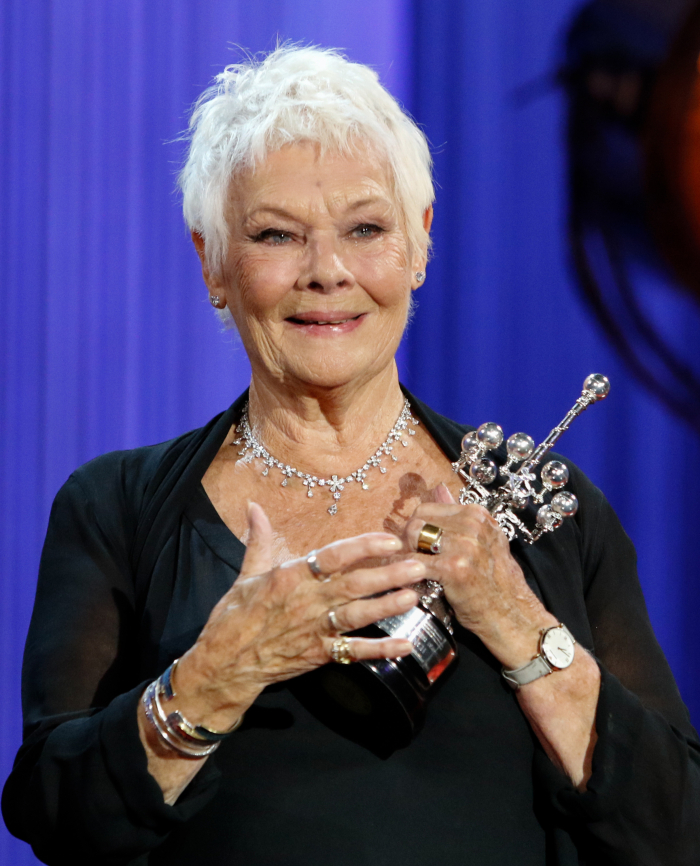