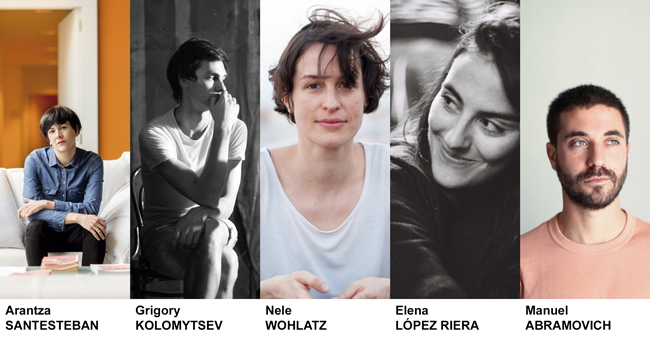 The five filmmakers will enjoy a residency of six weeks in San Sebastian from 20 August. In the first four, the filmmakers will develop their projects at Tabakalera's Creator's Space, and will receive master classes and guidance from members of this edition's expert committee, which includes Irish producer Fodhla Cronin O’Reilly, Brazilian filmmaker Sergio Oksman and TorinoFilmLab director, Savina Neirotti, who have guided the judges panel in their selection.

In the fifth week of the residency, the participants will prepare the pitching session, which involves a project presentation to the industry during the sixth and final week of the residency. The session is part of the San Sebastian Film Festival. The residents will have the opportunity to arrange meetings with attending professionals who are interested in collaborating in their projects, and will receive an access pass to screenings and the Festival's other industry activities.

Ikusmira Berriak will also provide financial support amounting to 25,000 euros, which will be distributed among the projects selected. In addition, REC Grabaketa Estudioa will offer its feature film post-production services as a prize, which is valued at 35,000 euros.

Ikusmira Berriak is a programme that seeks to involve new talent as well as producers and people from the audiovisual industry who support innovation and new languages. It is organised by Tabakalera, the San Sebastian Film Festival and Elías Querejeta Zine Eskola in collaboration with REC Grabaketa Estudioa and the Basque Film Archive, and is part of the San Sebastian 2016 European Capital of Culture legacy. 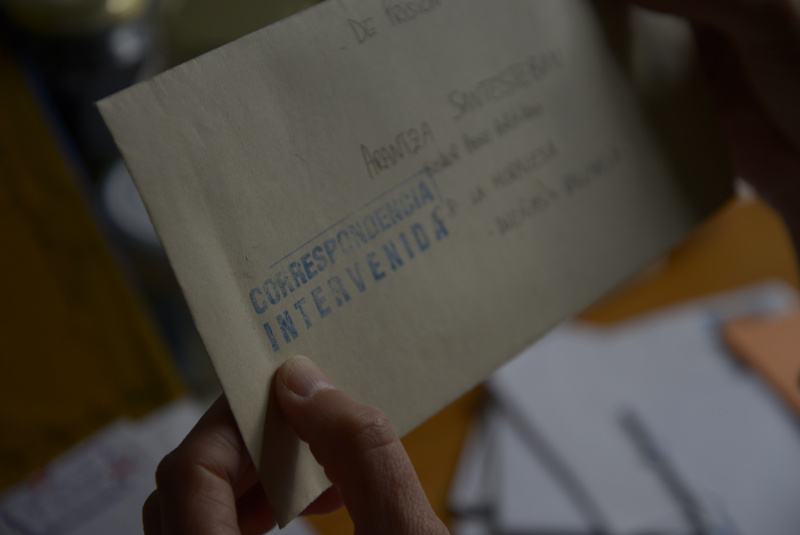 In the miniscule cell of a police van, a woman who had spent many years in jail told me: to explain what prison is like, you have to have slept there. Almost a decade ago, I spent 918 nights in prison. This film looks at what it is like to live in an isolated world with no images.

A history graduate of the University of the Basque Country. She holds a degree in Creative Documentary from the Centre de Dones Francesca Bonnemaison (2012, Barcelona). Likewise, she has trained in Documentary Film Writing with Carmen Ávalos (2013, Barcelona). She has carried out specific training with Víctor Erice (2015, San Sebastian) and Patricio Guzmán (2016, Madrid).  In 2012, she began to work as a director in various documentaries, including the noteworthy Passatgeres, her first work. Together with others, she curated the GORPUTZ_GRAFIAK exhibition at the Koldo Mitxelena cultural centre (San Sebastian) in 2015. This work brings together genealogy and research work from the Basque Country's feminist movement.  Together with Irati Gorostidi, she directed Euritan in 2017, which was selected in the 2017 Kimuak catalogue. She has made the rounds at festivals such as San Sebastian, Punto de Vista, Miradas Doc, and the Malaga Film Festival. In 2017, she was selected by the Huarte Centre of Contemporary Art to carry out a curatorial research residency, through which she will curate the Imágenes a través: reflexiones sobre imágenes en conflictos ('Traversing images: reflections on images in conflict') international seminar in June of 2018. She is a researcher of the Communication, culture, society, and politics master's programme (UNED-Spain), and studies questions that relate to cinematographic representation, feminism, and contemporary political conflicts.

There are numerous cinematographic narratives about prison, however, in my opinion, they are always missing something. What these images reflect are not daily conditions in prison, but ways in which the popular consciousness about them works. Cells, yards, fences, organised crime, terrorism, and drugs... These are elements that are a part of our prior characterisations. However, it is practically impossible to represent questions that are fundamental to understanding daily life in prison: the passing of time, isolation from the outside world, the physical and psychological consequences of confinement, opaque spaces of domination, etc. This film will address those topics. 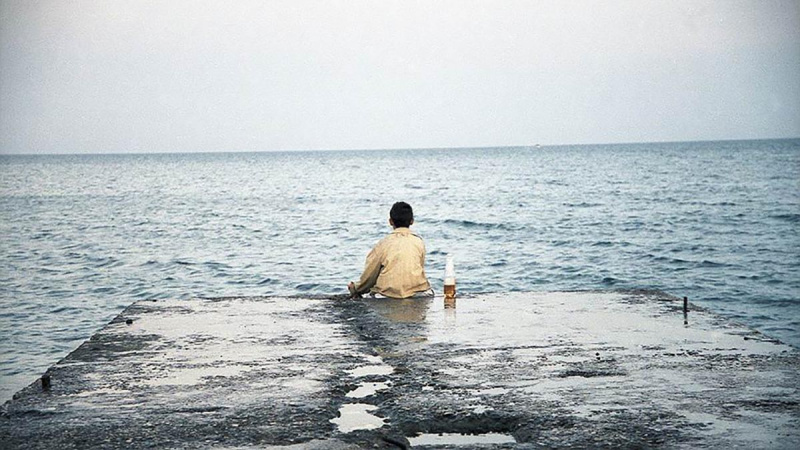 Nine year-old Andrey lives on the outskirts of a small town near the White Sea. His father has left them and his mother, nervous and tired of being poor, keeps Andrey in constant tension and often beats him. At the slightest sign of bad behaviour, she threatens to put him into an orphanage. One stormy day, Andrey finds a dead dog on the shore and decides that it is the mystical beast known as Chupacabra, a goat vampire, which will help his mother to recover from her health problems and bring his family back together again. Once Andrey had heard on the television that a bite of the Chupacabra on a full moon night would turn its victim into the self-same Chupacabra. He scrapes his hand with the dead dog’s fang.

Grigory Kolomytsev (1990, Russia) graduated from the Russian State University of Cinematography (VGIK) in 2017 (workshop of the Kott brothers). His debut short film Three Sisters (2015) was Semifinalist of the 43d Student Academy Awards. His next short work Mary was shown at more then 60 festivals including San Sebastian, Cairo, Camerimage, ZINEBI, etc. In 2017 he shooted his diploma film I’m Staying on the Black sea shore where he spent his childhood. It was shown at San Sebastian, Premiers Plans - Festival D’Angers, Winterthur etc. Chupacabra will be his debut feature film.

For me it is very important to make a debut picture about childhood - the necessary distance has already been passed, but feelings and memories are still hot. I was born near the sea. There was my first death experence. Sound of waves and wind is the sound of my childhood, tears of mother is my main humane feeling.
Andrey, this small autistic boy, sincerely believes that there is no death, that he can find love by sacrificing himself.
This is a film about the ordeal of a little Holy child. It is a "Life of Saint Andrey". 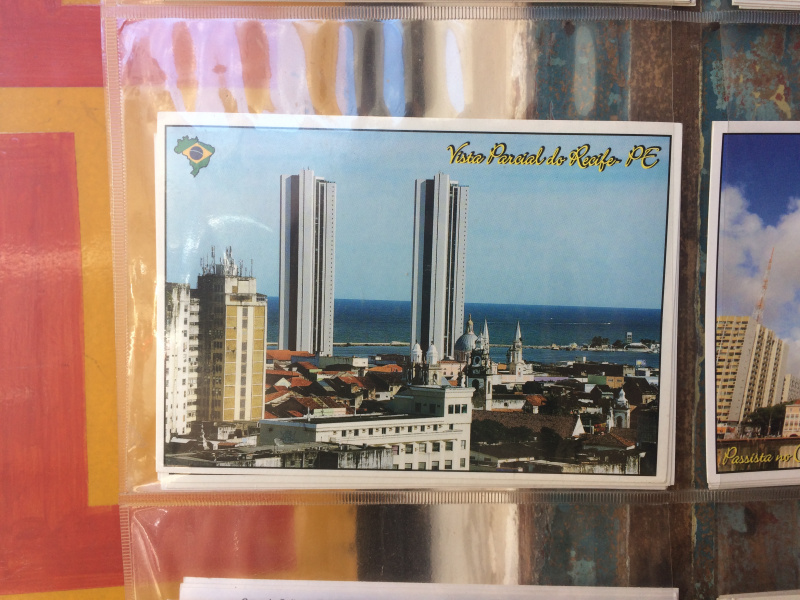 Ah, Bo and Lixue wander round a strange tropical metropolis which predicts the future of our cities. A fisherman turned an umbrella salesman, a young girl who refuses to settle, a tourist, the only one in the whole city. A tower of luxury flats with oversized white rooms; shops with cheap things Made in China; a beach with shark attacks; the sea. Three foreigners, the lack of roots and a chronicle which changes hands: who’s talking through who?

Nele Wohlatz (1982, Hannover) studied art and film in Karlsruhe and Buenos Aires. She created the short films La mochila perfecta and Tres oraciones sobre la Argentina, and co-directed Ricardo Bär. The first full-length film she directed on her own was El futuro perfecto, which was shown at more than 60 international festivals and won numerous awards, including such as the Best First Feature award at Locarno.

Recife is a city with a great deal of history, yet it seems that urban development is focused on erasing its mark and replacing it with the feeling of an airport: generic towers with private security surrounded by high walls, shopping centres, and urban highways that connect these locations. I want to make a film could take place anywhere, because it is about people that came for different reasons, but do not belong in their new city. After my first visit to Recife I thought, why not here? Behind its anonymous face, the city is full of ruptures, warmth, and peculiarities. 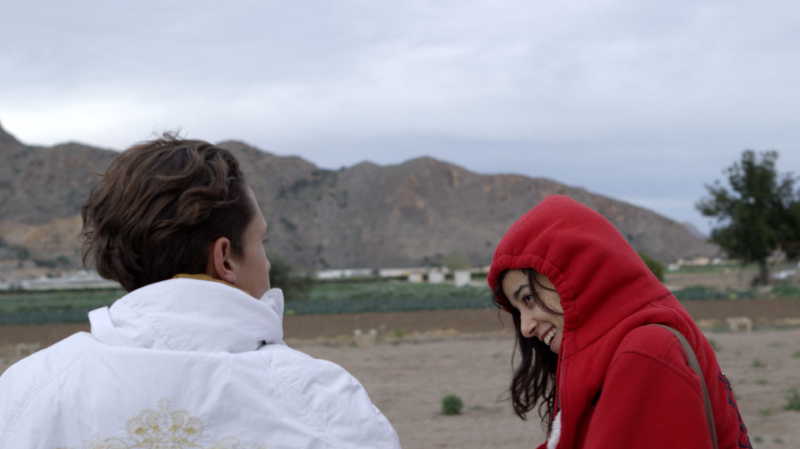 The threat of a severe storm closes in on a town in South-East Spain. The mother of Ana, 17, who mysteriously disappeared in the last flood, has become the subject of stories told by the local women, repeating that there, water is always mixed with death. In this electric atmosphere before the storm, heavy with humidity and death, Ana, who is obsessed with her mother’s ghost, meets José, her first love.

Elena López holds a doctorate in Audiovisual Communication and is a filmmaker. She has directed Pueblo (2015), which debuted at the Director's Fortnight in Cannes, and Las vísceras (2016), which premiered at the Locarno Festival. She is a member of the Lacasinegra collective, through which she co-directed Pas à Genève. She has also worked as a producer for the Seville, Belfort, and Visions du Réel festivals.

I was born in Orihuela, a town in the Spanish Levant divided by the Segura, one of Europe's most polluted rivers. I grew up with my mother, my grandmother, and my aunts, surrounded by women that used to tell all kinds of stories to take the ease off the long afternoons of asphyxiating heat. These stories almost always had a true origin (based on events, secrets whispered between neighbours, or family stories), but changed with each new version until some of them became truly fantastic tales. This is surely why I decided, one day, to make films. It was my way of participating in this popular, collective tale that does not distinguish between history and poetry. 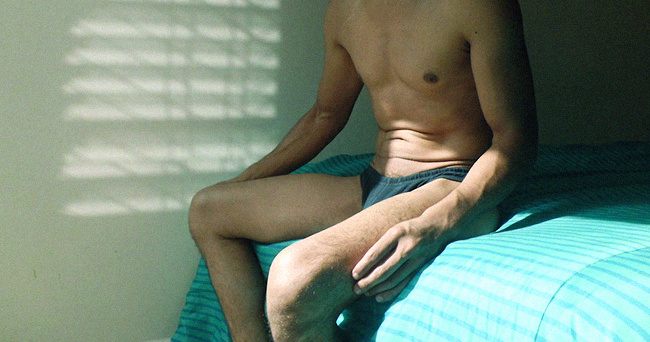 Manuel Abramovich (Buenos Aires, 1987) is a director, producer, and directory of photography.
His work challenges the limits between reality and fiction, and reflects on the concept of an author in so-called 'documentary filmmaking'. He has directed La Reina (2013), Las Luces (2014), Solar (2016), Soldado (2017), and Años Luz (2017). His works have received numerous awards, and have been shown at festivals and artistic institutions such as the Berlinale, Venice, San Sebastian, MoMA, Cinéma du Réel, IDFA, Tribeca, Tabakalera, Film Society of Lincoln Center, BAFICI, and Documenta Madrid.
He was selected for various grants and residencies, including the Fondo Nacional de las Artes (Buenos Aires), Tres Puertos (Mexico and Chile), EMARE (Germany), and others.
Currently, he is developing a trilogy focused on sex work and pornography in three cities: Berlin, Mexico City, and Buenos Aires. 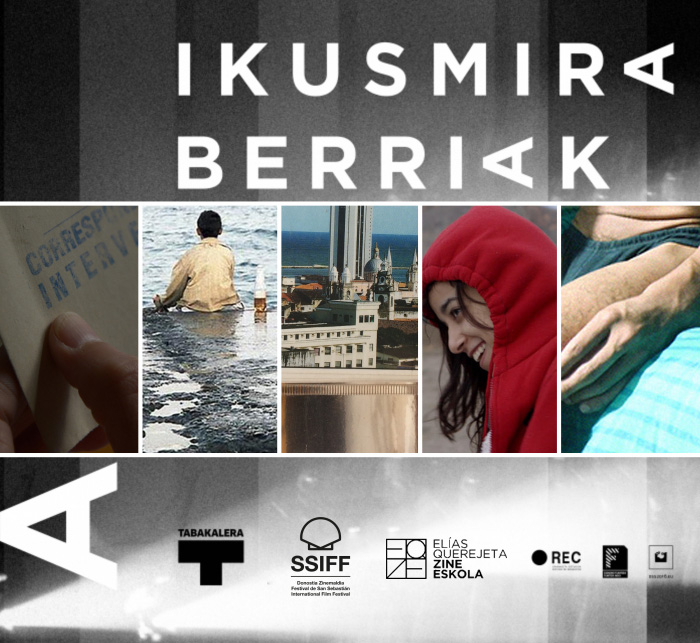