Log-in to My Festival | New user
My Festival
My Invoices
Virtual pressbox
• All films
Log-in details
Contact
CONTENT
You are in: Home > 2018. 66th Edition  > News > The second edition of Glocal in Progress presents three films shot in Greek, Lithuanian and Turkish

The second edition of Glocal in Progress, the industry activity for European productions in non-hegemonic languages, will screen the latest works by the Turkish director Pelin Esmer, the Lithuanian filmmaker Ignas Jonynas and the Greek moviemaker Tassos Gerakinis.

The three films are at the post-production stage and will be screened to an audience of producers, distributors, sales agents and programmers, among other professionals, in order that they may contribute to their conclusion and international distribution.

Pelin Esmer (Istanbul, 1972) presented in Zabaltegi-New Directors her second film, Oyun / The Play (2005), about women in a village who want to put on a play to reflect their life stories, which won an award at Tribeca. She also competed in the Official Selection with 11’e 10 Kala / 10 to 11 (2009), the story of a collector and the concierge of a building to be rebuilt, winner of the Special Jury Prize at the Istanbul Festival. In Kraliçe Lear / Queen Lear she continues the tale of the women who starred in Oyun and whose lives were changed by the play, as they perform their version of Shakespeare’s work in remote mountain villages.

Ignas Jonynas (Vilnius, 1971) also visited the New Directors section with his first work, Losejas / The Gambler (2013), recipient of the Best Director Award from the Lithuanian Film Academy. His second film, Nematoma / Invisible, a co-production between Lithuania, Latvia and Ukraine, focusses on a man in a TV dance contest who pretends to be blind.

The first work of Tassos Gerakinis, the Greek and French co-production A Simple Man, tells the story of a vineyard owner taken hostage by a fugitive.

A year after the start of this Industry activity, two films from the first edition of Glocal in Progress will join the programme of the Festival’s 66th edition. Telmo Esnal (Zarautz, Spain, 1966) will participate in the Official Selection in the special screenings section with Dantza, while Hadrian Marcu (Brăila, Romania, 1976) will compete in New Directors with Un om la locul lui / A Decent Man, starring Bodgan Dumitrache, winner of last year’s Silver Shell for Best Actor for his work in Pororoca.

This activity, to take place on September 24, 25 and 26, coinciding with Films in Progress 34 and the VII Europe-Latin America Co-Production Forum, has the objective of lending greater visibility to European productions in non-hegemonic languages (those not filmed in English, French, German, Italian, Russian and Spanish). In 2017 a film shot in Basque won the Special Jury Prize (Handia) and a production in Romanian, the Silver Shell for Best Actor (Pororoca).

Glocal in Progress will complete the work started in 2014 by the Basque Government Department of Culture and Language Policy with the creation of Glocal Cinema, an initiative to promote networks between the film industries which produce films in non-hegemonic languages.

An escaped convict becomes trapped in a village near the border while attempting to flee to the neighbouring country. He holds a peaceful winemaker hostage in his own home as the authorities lead a manhunt to find him. The winemaker asks his captor to pretend that he is his employee, in order to protect his daughter. However, the daughter falls for the intruder. When she realizes that her father has been lying to her, she decides to help him cross the border. The winemaker ambushes the fugitive, trying to disarm him, but kills him during the struggle. The winemaker decides to confront his daughter with the truth. 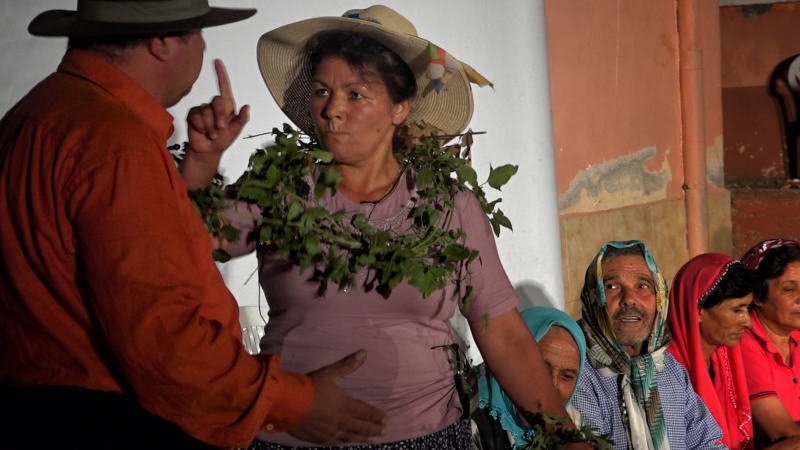 16 years ago peasant women living in the mountains of southern Turkey created a theatre which later turned into a film The Play. They acted out their own life stories in their village and the play changed their lives. Now they hit the road with an adaptation of Shakespeare’s King Lear, travelling on the dusty and risky roads to the remotest mountain villages where even water can barely reach. On the road, their lives merge into the world of King Lear and become bound up with 'the good and the bad', 'the young and the old', 'the rich and the poor', 'the honest and the dishonest’ of the play. 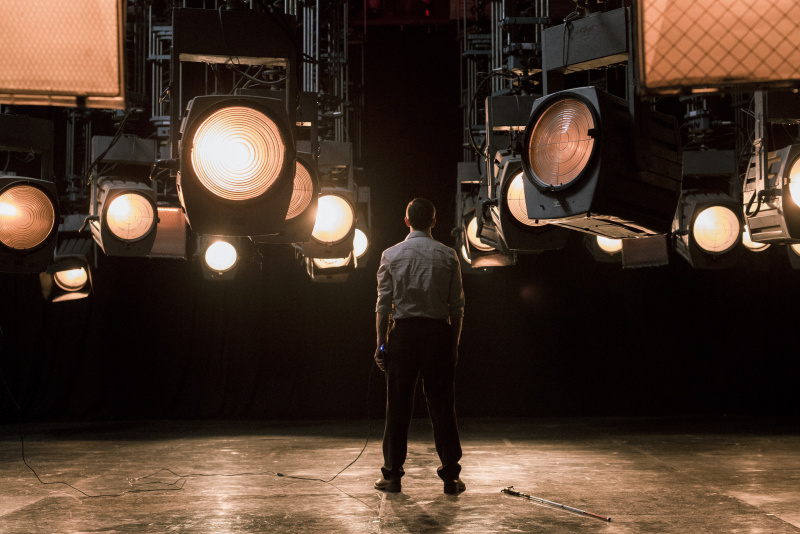 Pretending to be blind, Jonas enters a TV dance contest, where he meets his attractive dance partner, Saule. Soon they become the show's most popular contestants. While the whole nation believes that Jonas is blind, one of his old acquaintances, Vytas, is released from prison. As reminders of the past close in on them, Vytas struggles with contradictory feelings: whether to seek revenge or forgiveness for sins past and future in such a manipulative world.

The films selected for Glocal in Progress compete for the Glocal in Progress Industry Award. Presented by the companies Ad Hoc Studios, BTeam Pictures, Deluxe Spain, Dolby Iberia, Laserfilm Cine y Video, Nephilim Producciones and No Problem Sonido, this award consists in the post-production services listed in the Award Rules for the winning film. 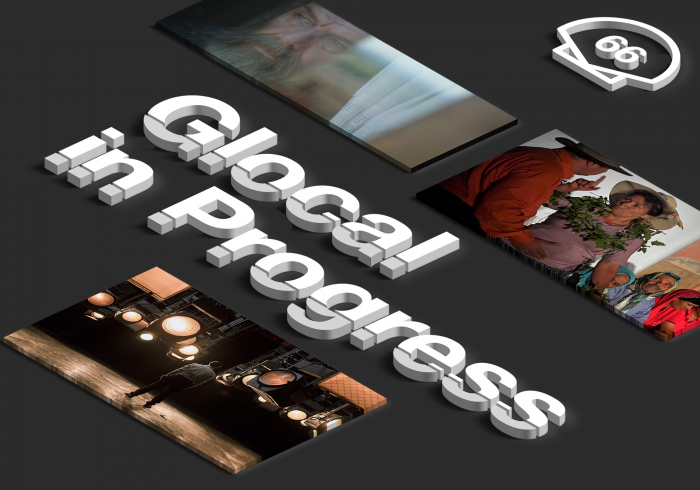 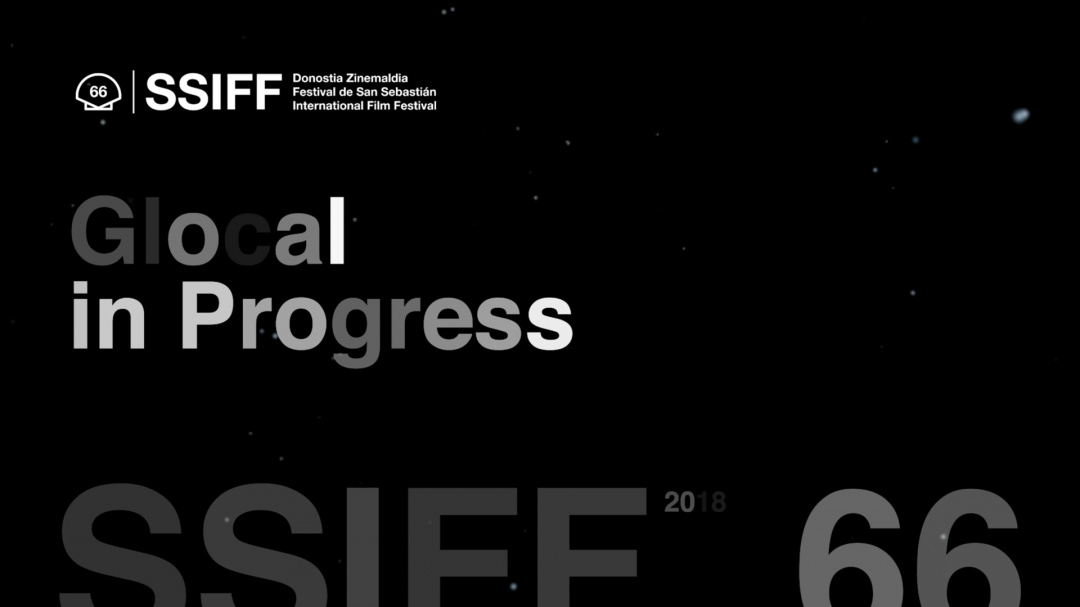