You are in: Home > 2016. 64th Edition  > News > 'Truman', which competed in the Official Selection of the San Sebastian Festival, is the big winner at the Goya Awards 2016

The film by Paula Ortiz, La novia (The Bride), which had its world premiere in the Zabaltegi section, received the Goyas for Best Supporting Actress (Luisa Gavasa) and Best Cinematography.

For its part, El desconocido (Retribution) by Dani de la Torre, presented in the Velodrome, carries off the Goyas for Best Editing and Best Sound.

Irene Escolar wins the Best New Actress Goya, the section in which she competed for her part in Un otoño sin Berlín (An Autumn Without Berlin) opening film of the Zinemira section directed by Lara Izagirre.

El Clan (The Clan), the film by Pablo Trapero screened in the Pearls section following its premiere at the Venice Festival, bagged the Best Spanish Language Foreign Film.

Lastly, Daniel Guzmán’s film A cambio de nada (Nothing in Return), the big winner at the last Malaga Festival programmed in Made in Spain, carried off the Best New Director and Best New Actor (Miguel Herrán) Awards. 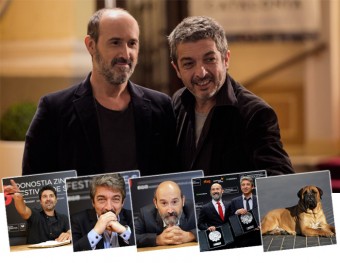