You are in: Home > 2016. 64th Edition  > News > Six films presented at the San Sebastian Festival win twelve of the thirteen Platino Awards

Ixcanul, Industry Special Mention at Films in Progress 26 in San Sebastian, presented at the Berlinale and screened in Horizontes Latinos, received the Camilo Vives Platino Award for Best First Work. The Award, collected by its Director, Jayro Bustamante, endorses the international trajectory of the production from Guatemala, screened at numerous festivals and acclaimed with acknowledgements such as the Alfred Bauer Award in tribute to films opening new perspectives in the cinematic art, and the self-same Platino Audience Award for Best Ibero-American Film, disclosed the day before the gala.

Another three films from the Horizontes Latinos selection landed awards in the most important categories. El Club (The Club), Silver Bear Grand Jury Prize in Berlin, earned the accolade for Best Screenplay, signed by its director, Pablo Larraín, together with Guillermo Calderón and Daniel Villalobos. El botón de nácar (The Pearl Button), by Patricio Guzmán, winner of the Silver Bear for Best Screenplay at the Berlinale, was named Best Documentary. Paulina, which after its screening in Cannes received the Horizontes Award, EZAE Youth Award and the TVE-Otra Mirada Award in San Sebastian, was singled out with the Best Actress Award for the performance of its leading lady, Dolores Fonzi.

Lastly, the film by moviemaker Pablo Trapero, El Clan (The Clan), screened in the Pearls section after its visit to Venice, received the Best Actor Award for the work of Guillermo Francella.

At a gala hosted by Santiago Segura and Adal Ramones, the Argentinian actor Ricardo Darin, Silver Shell for his part in Truman at the last edition of the Festival, was acknowledged with the Honorary Platino Award. 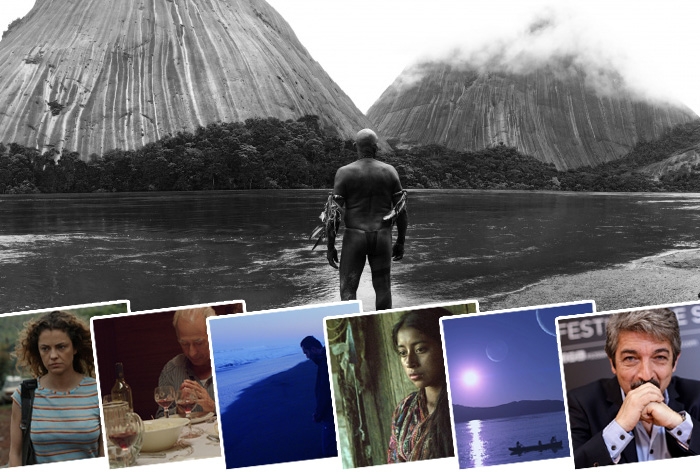