The screening of the opening film will enjoy the presence of its director and also actress, Emmanuelle Bercot, its Danish leading lady, Sidse Babett Knudsen, and the doctor Irène Frachon, whose story inspired La fille de Brest (150 Milligrams). Others who will present their films in the competitive Official Selection are Ewan McGregor and Jennifer Connelly (American Pastoral); the team of El hombre de las mil caras (Smoke and Mirrors), fronted by Alberto Rodríguez along with the actors José Coronado, Eduard Fernández, Carlos Santos, Marta Etura and Alba Galocha; Bertrand Bonello (Nocturama); and Baltasar Kormákur and the stars of Eiðurrin / The Oath, Hera Hilmar and Gísli Órn Gardarsson. The San Sebastian Festival will also be attended by the director of Ikari / Rage, Lee Sang-il, together with the Japanese actor Ken Watanabe; the director of Jätten / The Giant, Johannes Nyholm, along with actors Christian Andrén, Johan Kylén and Anna Bjelkerud; and the director and cast of La Reconquista (The Reconquest): Jonás Trueba, Itsaso Arana, Francesc Carril, Rafa Berrio and Aura Garrido in addition to the children Candela Recio and Pablo Hoyos. Lady Macbeth will be defended by its director, William Oldroyd and the actress Naomi Ackie. Arnaud des Pallières will present Orpheline / Orphan together with actors Adèle Haenel, Solène Rigot and Sergi López. Rodrigo Sorogoyen will present Que Dios nos perdone (May God Save Us) together with the actors Antonio de la Torre, Roberto Álamo, Javier Pereira and María Ballesteros and the co-screenwriter Isabel Peña; Hong Sang-soo will do the same with the stars of Yourself and Yours, Kim Joo-hyuk and Lee Yoo-young, and the Chinese filmmaker Feng Xiaogang (I Am Not Madame Bovary) will travel with the actress Fan Bingbing and the writer Liu Zhenyun. The young helmer Miles Joris-Peyrafitte will attend with the actors of As You Are, Mary Stuart Masterson, Owen Campbell and Charlie Heaton; Fernando Guzzoni will defend Jesús together with actors Nicolás Durán and Alejandro Goïc; the director and actor of El invierno (The Winter), Emiliano Torres and Cristian Salguero will also travel to San Sebastian; and Bartosz M. Kowalski will present the Polish film Plac Zabaw / Playground, accompanied by the three child stars of the work, Michalina Swistun, Nicolas Przygoda and Przemyslaw Balinski.

As far as non-competing Official Selection films are concerned, Oliver Stone will attend with the co-stars of Snowden, Joseph Gordon-Levitt and Shailene Woodley; the director of A Monster Calls, J.A. Bayona, will attend the Festival with Donostia Award-winner Sigourney Weaver and the writer and screenwriter Patrick Ness; Nacho Vigalondo will present Colossal; and the director of L’Odyssée / The Odyssey, Jérôme Salle, in addition to actors Lambert Wilson and Pierre Niney will be present at the closing screening.

San Sebastian will also enjoy the visit of Donostia Award-winner Ethan Hawke, who will present his latest film, The Magnificent Seven.

And among many others, San Sebastian will receive the visits of Bertrand Tavernier and British director Terence Davies, accompanied by the actress Cynthia Nixon, whose films have been selected for the Zabaltegi-Tabakalera section.

In addition, another Donostia Award-winner will return to San Sebastian. The actor Richard Gere will travel to present a special screening of Time Out of Mind, accompanied by the director Oren Moverman, whose film Rampart competed in the Official Selection in 2011. The film, in which Gere plays a homeless man, shows how someone can become invisible. Screening of the film belongs to a more extensive programme, including a press conference with the participation of Gere himself, the patroness of RAIS Foundation, Alejandra Silva, Jordi Albareda from RAIS Basque Country, an organization dedicated to homeless people, and the Mayor of San Sebastian, Eneko Goia. 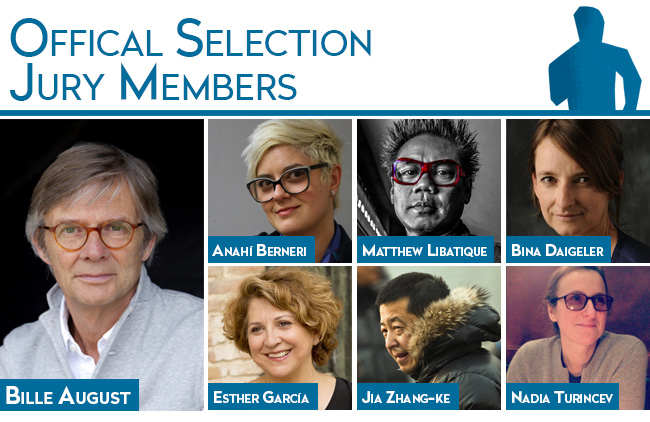 The Official Selection Jury is chaired by the Danish moviemaker Bille August. The author of Pelle erobreren (Pelle the Conquerer), winner of two Palmes d’Or at Cannes and an Academy Award, will be accompanied in his deliberations to decide the Golden Shell by the Argentinian director Anahí Berneri, the Spanish producer Esther García, the Chinese moviemaker Jia Zhang-ke, the German costume designer Bina Daigeler, the North American Director of Cinematography Matthew Libatique and a last jury member still to be confirmed. 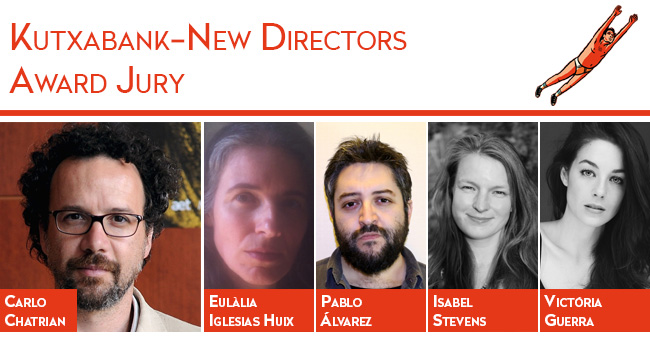 The Kutxabank-New Directors section jury will be made up of the Italian writer and programmer Carlo Chatrian, director of the Locarno Festival (Chair), the Spanish journalist and critic specialising in film and audiovisuals Eulàlia Iglesias Huix, the Chilean filmmaker Pablo Álvarez, the British author and art curator Isabel Stevens, and the Portuguese actress Victória Guerra.

The chair of the Horizontes Latinos jury, the Spanish actress Inma Cuesta, will bestow the Horizontes Award jointly with the Argentinian filmmaker Andrés di Tella and the Sundance Festival programmer, Shari Frilot.

In its first competitive year, Zabaltegi-Tabakalera will have a jury made up of the Spanish filmmaker Virginia García del Pino (chair), the Uruguayan filmmaker Federico Veiroj, and a third member pending confirmation.

The writer Anjel Lertxundi will chair the jury of the Irizar Basque Film Award. He will be helped in the task of deciding the best film in Zinemira by the performer and composer Maite Arroitajauregi (Mursego) and the filmmaker Jon Garaño.

The Head of Industry Programmes at the Marché du Film-Festival de Cannes, Julie Bergeron, the General Coordinator of the Los Cabos Festival (Mexico), Alejandra Paulín, and the Spanish producer Simón de Santiago make up the jury of the Europe-Latin America Co-production Forum.

Finally, the moviemaker João Pedro Rodrigues, who will compete in Zabaltegi-Tabakalera with his latest work, O ornitólogo (The Ornithologist), will chair the jury of the XV International Film Students Meeting. 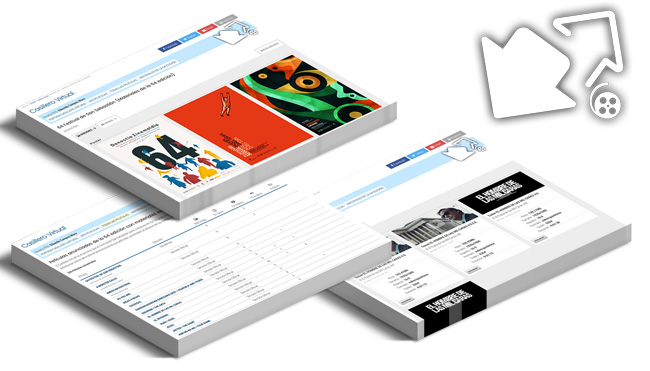 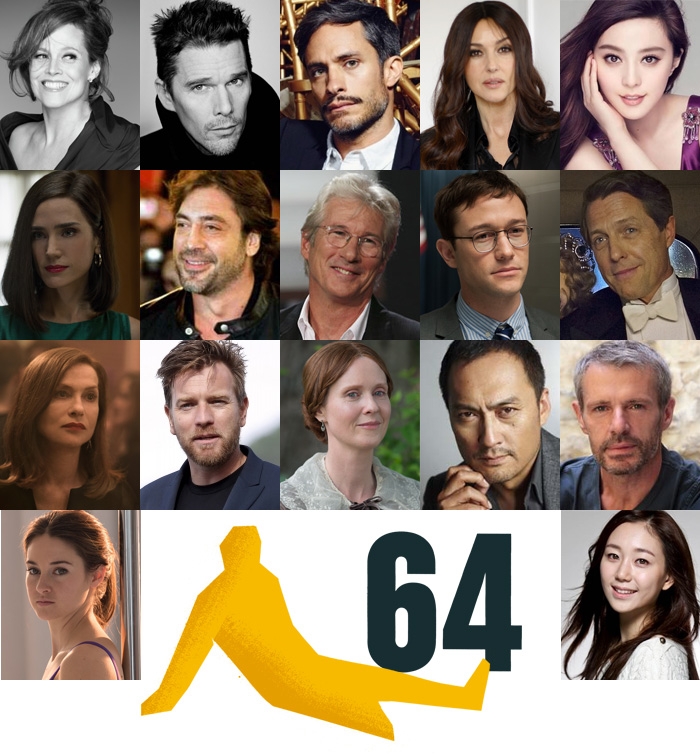 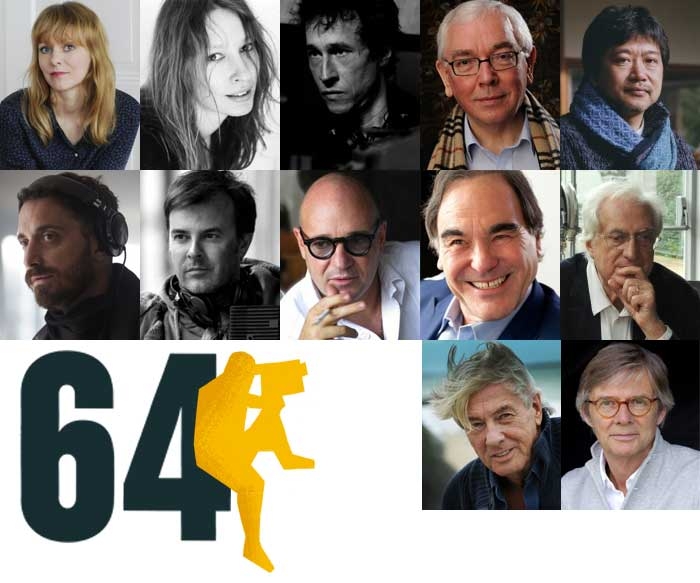