Zabaltegi Tabakalera is San Sebastian Festival’s most open competitive section. Here there are no rules, no limits of style or time: short, medium-length, feature-length, fiction, non-fiction, animation, series, audiovisual installations, future discoveries and contemporary classics. This is a section embracing films that strive to find new points of view and formats, a real open and risky zone.

The participating films will compete for the Zabaltegi - Tabakalera Award, carrying €20,000, of which €6,000 will go to the director of the winning film and the remaining €14,000 to the distributor of the film in Spain.

The Zabaltegi - Tabakalera Award will be decided by a specially constituted jury made up of at least 3 professionals from the world of film and culture. 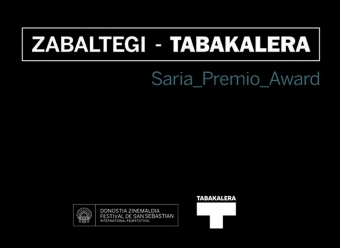